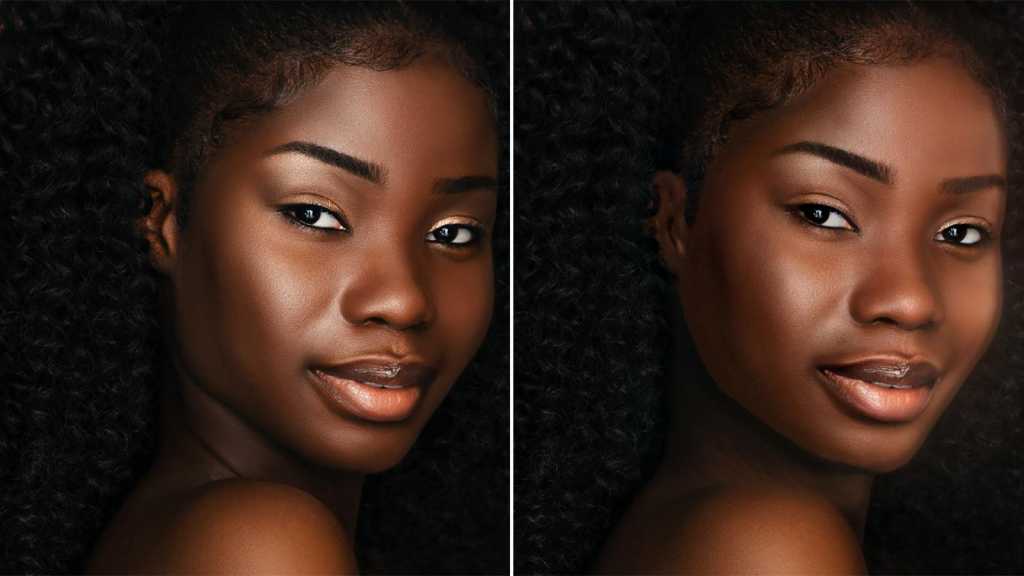 Creative Cloud 2021 is (almost) here. From Photoshop to Illustrator, XD to After Effects, Adobe’s Creative Cloud suite for design, art, animation and video is getting its yearly major upgrade to coincide with the company’s Adobe Max conference.

In a normal year, we’d be at the conference in the US – watching Adobe execs awkwardly interact with both high-profile members of the design industry and celebrity interviewees. However, as you’d expect, this year the conference is held entirely online and anyone can watch the sessions. So if you want to see demos of new Photoshop features – or just find out what happens when a panel discussion on how ‘good design is good business’ features both no-nonsense-tolerating designer/director Kate Moross and actor/holistic-rubbish-store owner Gwyneth Paltrow – you can sign up to watch here.

In advance of Max kicking off, Adobe has released the details of what it’s bringing to its Creative Cloud suite – and the headline new features and tools are broadly split into two sets. The first use Adobe’s Sensei machine-learning-based technologies to automate tricky or fiddly tasks. The second offers new ways to create, from digital painting on iPhones to the first non-beta release of Illustrator for the iPad.

Photoshop is Adobe’s flagship app – known for photo editing to the point where ‘photoshopping’ has become part of everyday language, but also used for everything from web graphic design to animation.

The headline new features in the desktop version of Photoshop 2021 are sky replacement and Neutral Filters, both of which are based on Sensei tech.

Adobe says sky replacement offers a quick and easy automated way to, as the name suggests, replace skies in photos. You can add your own or choose from a library provided (or in some cases, sold) by Adobe, which include some spacey skies for old-school psychedelic Photoshop comps. 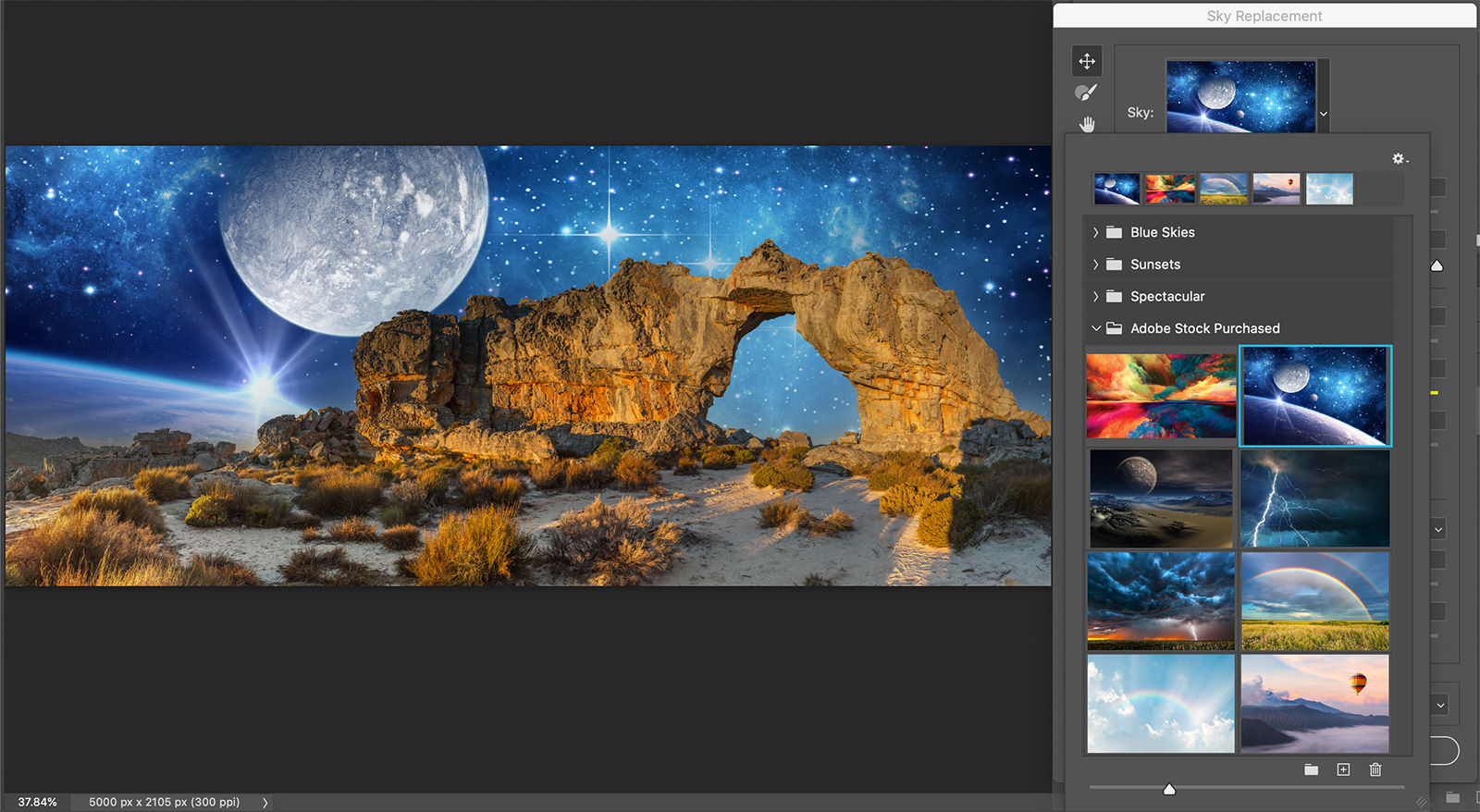 Neural Filters is a brand new set of filters that let you change photos in subtle or dramatic ways. There are tools to change the look of a photo for artistic effects using only a few sliders with Style Transfer – but you can also change what’s in the photo too with some filters that Adobe says are still in beta.

Smart Portrait analyses portraits and lets you change facial features – including where they are looking, the expression or age of the person in the shot.

You can also adjust hair thickness and light source position. If this all sounds a lot like popular mobile apps like FaceApp, it is – but with additional controls that should give you more realistic (and potentially more dangerous) results.

Other new features include better tools in the Select and Mask workspace for when you want to cut out someone or something from their/its background. Refine hair aims to make dealing with the traditionally painful process of dealing with wispy hair easier, while Object Aware Refine Mode helps with similarly coloured objects. 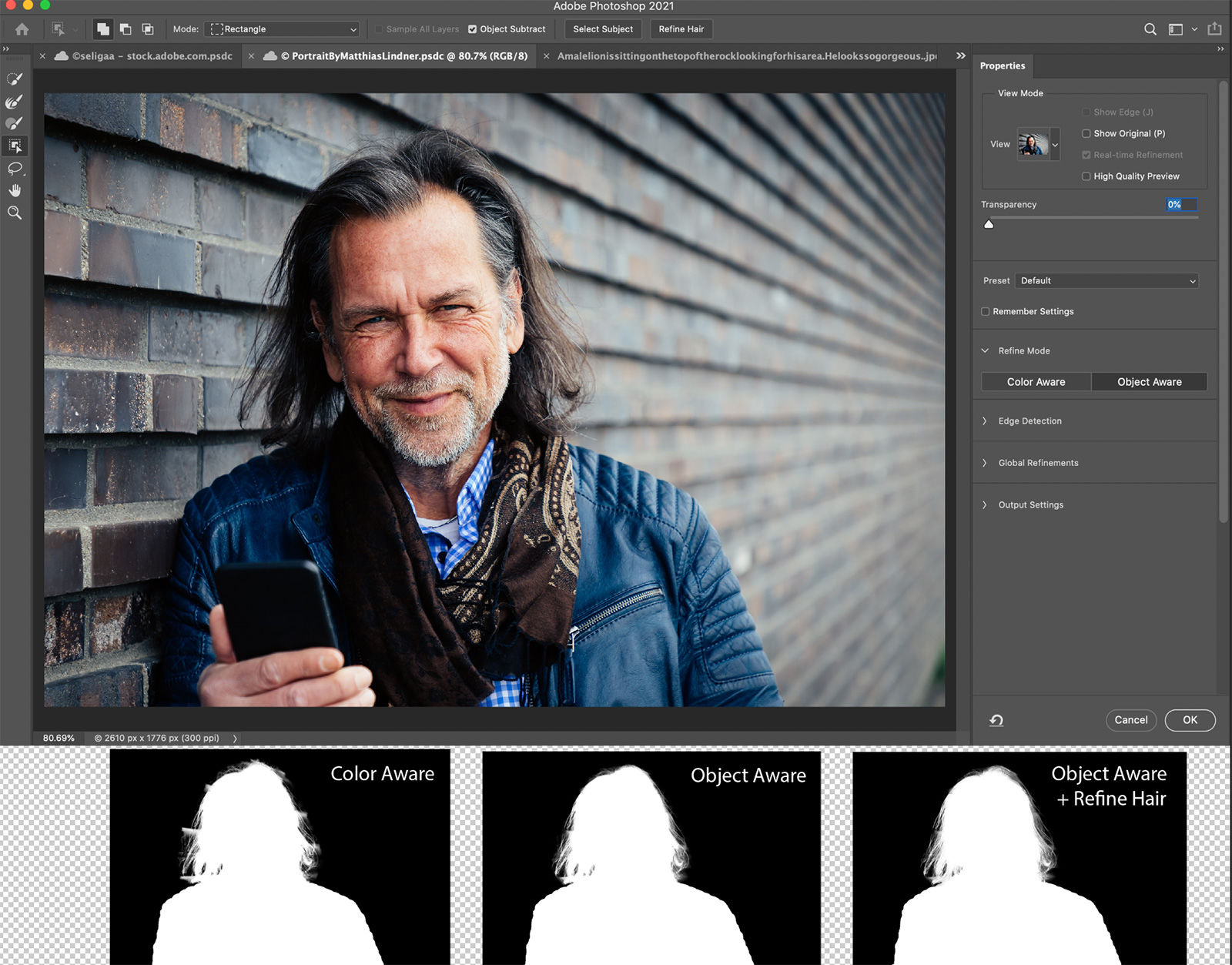 Vector art and design app Illustrator is also available on both iPad and desktop – with the iPad version being made available today for the first time outside of its beta programme. 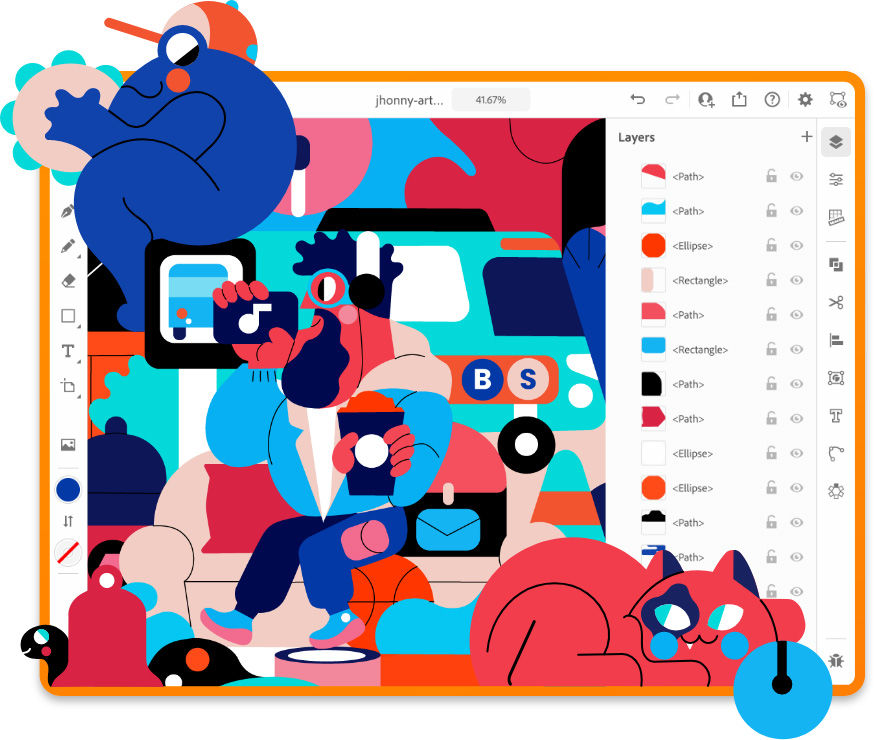 The final release doesn’t include any new features that weren’t in the beta, but Adobe has previously released a roadmap of where it’s going next with the app.

The desktop version sees one of the biggest releases in years, says Adobe – last year’s update, for example, saw only performance and stability benefits.

Recolour artwork extracts colour palettes from artwork – and lets you change colours used throughout an artwork with a single click.

Adobe has redesigned Illustrator’s Type tool so that the application sees the shape of the letters you’re putting on the page – rather than just the frame around it. This makes it possible to snap to things like the baseline of text when placing other elements.

You can now also align text vertically in a frame. That this is a new feature in 2020 shows how much Illustrator has been neglected over the years. 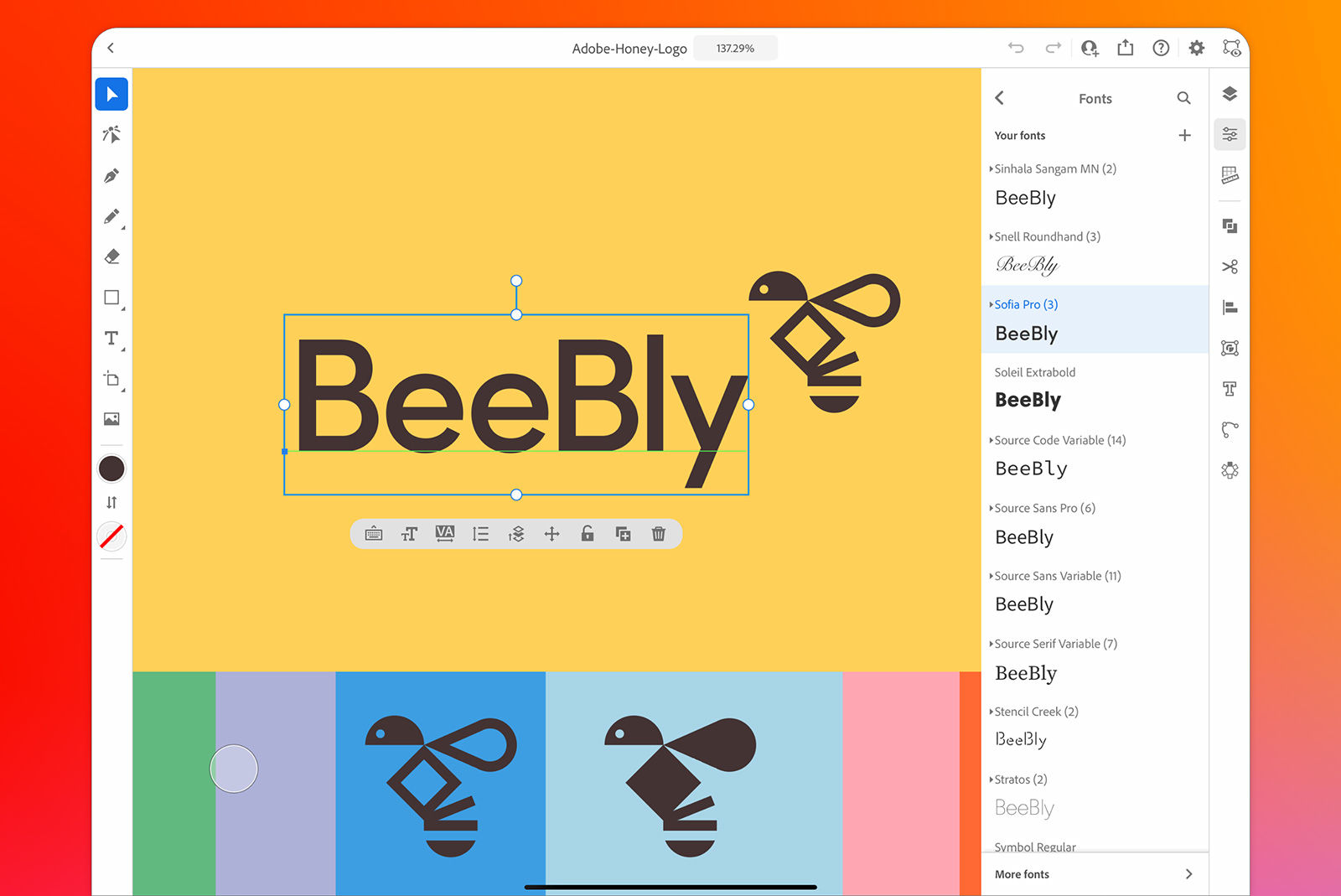 Other new typography tools include controlling type size based on characteristics such as x- or cap-height.

Illustrator 2021 on desktop also gains a bigger max canvas size, live preview of all effects while adjusting elements, cut-&-paste of artboards and more.

Adobe has added a new colour grading tool to both the desktop and tablet/mobile versions of Lightroom. 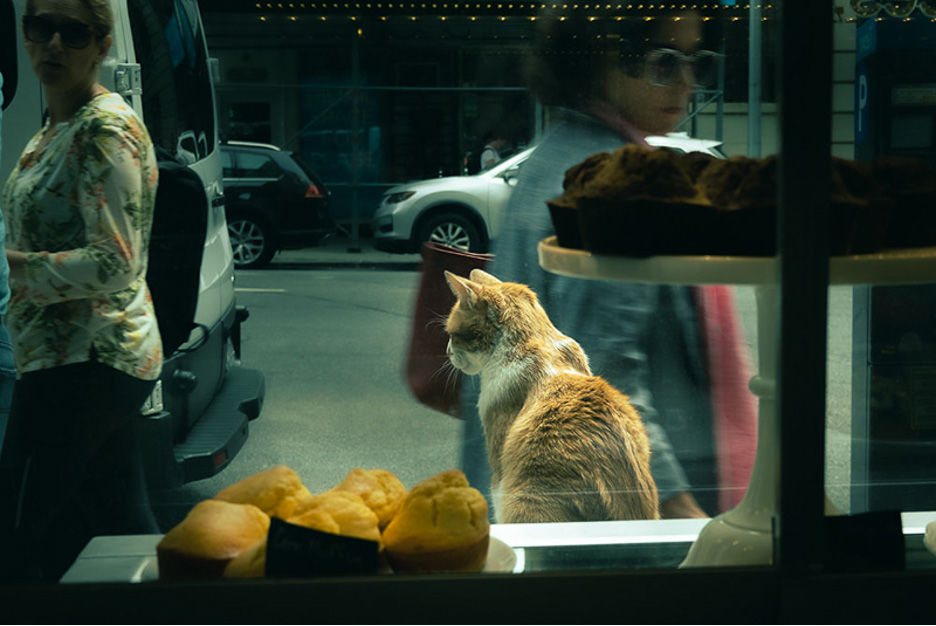 Color Grading is an extension of the old Split Toning panel, gaining the colour wheels you might be familiar with from Premiere’s Lumteri Colour panel – plus controls over midtones, the amount of overlap between the three tone levels (Highlights, Midtones and Shadows) and Luminance controls. 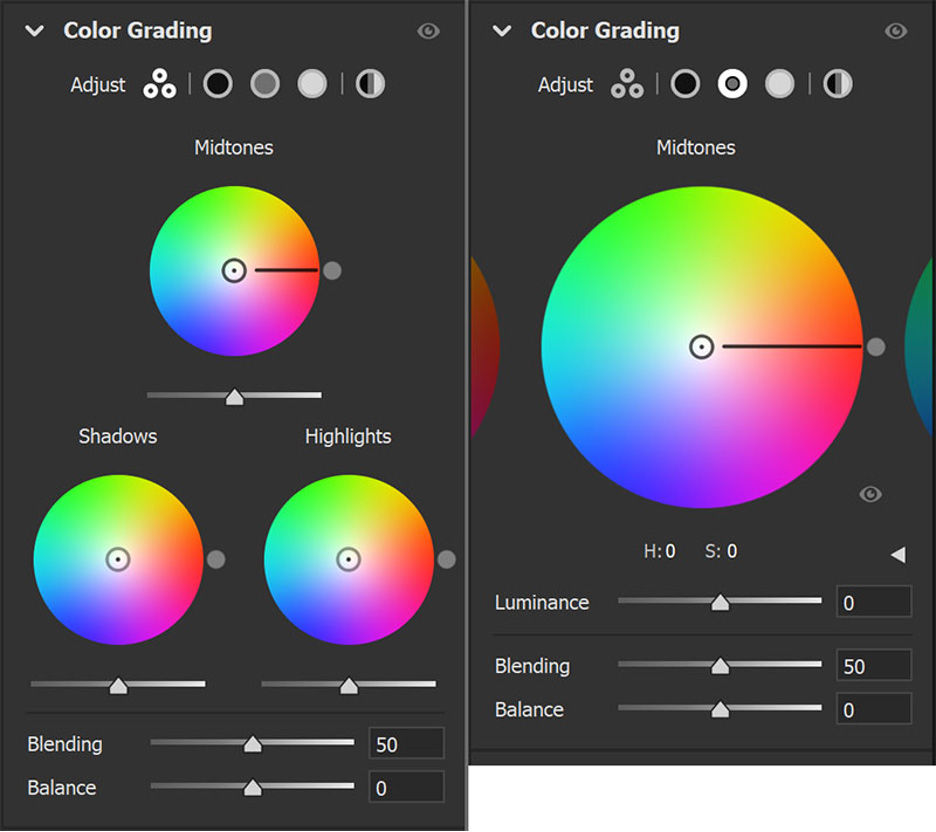 Adobe’s Procreate-challenging digital painting app for the iPad and a few specific Windows tablets is now available for a new device: the iPhone. Digital painting on a screen as small as the iPad is never going to be as satisfying as on a tablet, but it could be useful for roughing when out and about. 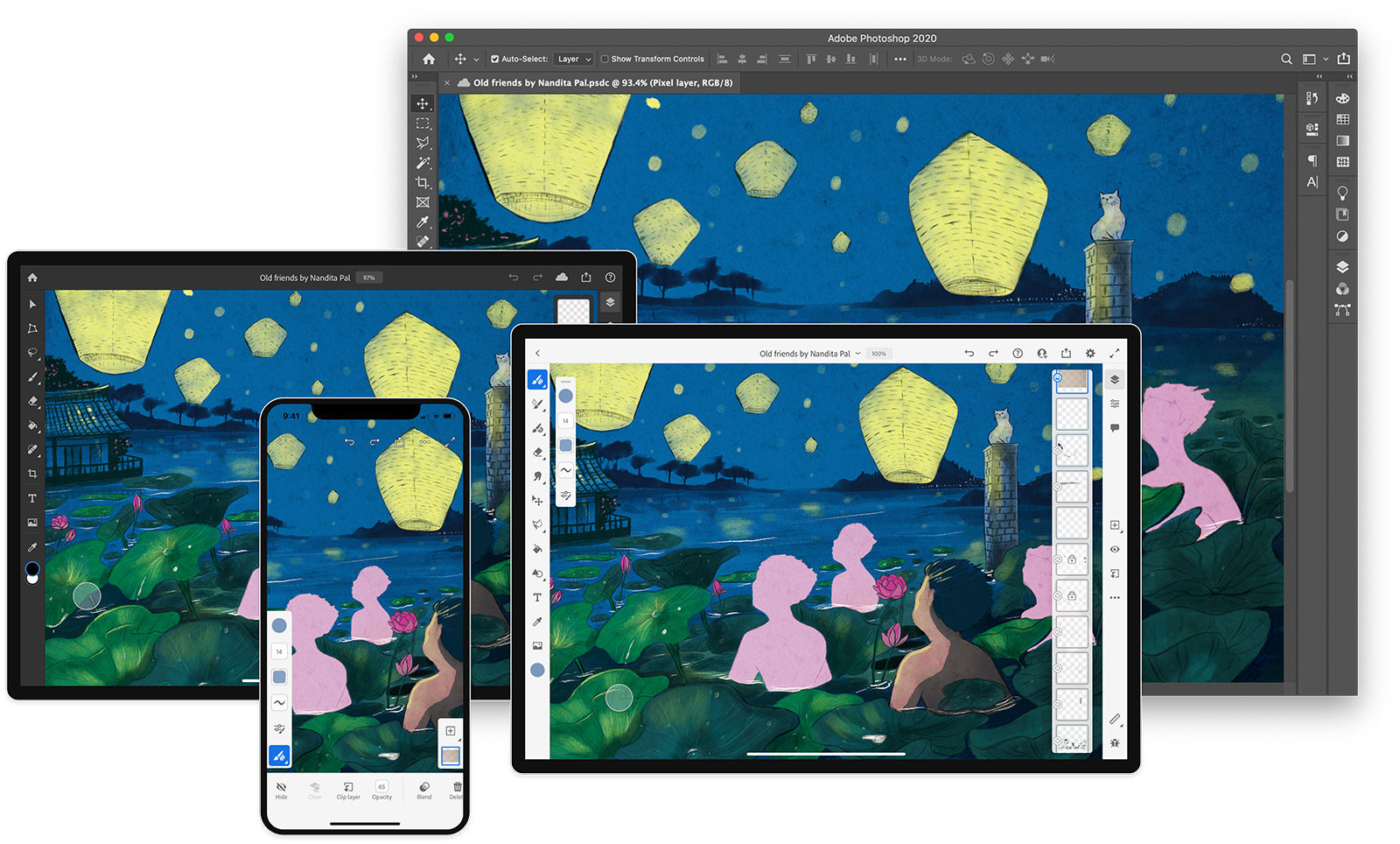 All versions of Fresco gain Smudge brushes for softening and blending strokes laid down with other brushes – plus more control over creating timelapses of paintings, and many more minor updates.

Updates to Adobe’s relatively new website and app prototyping tool XD happen more frequently than other applications, so today’s update is just called the October 2020 release. This adds 3D transforms, so objects can animate in 3D space as users tap, click or move them. 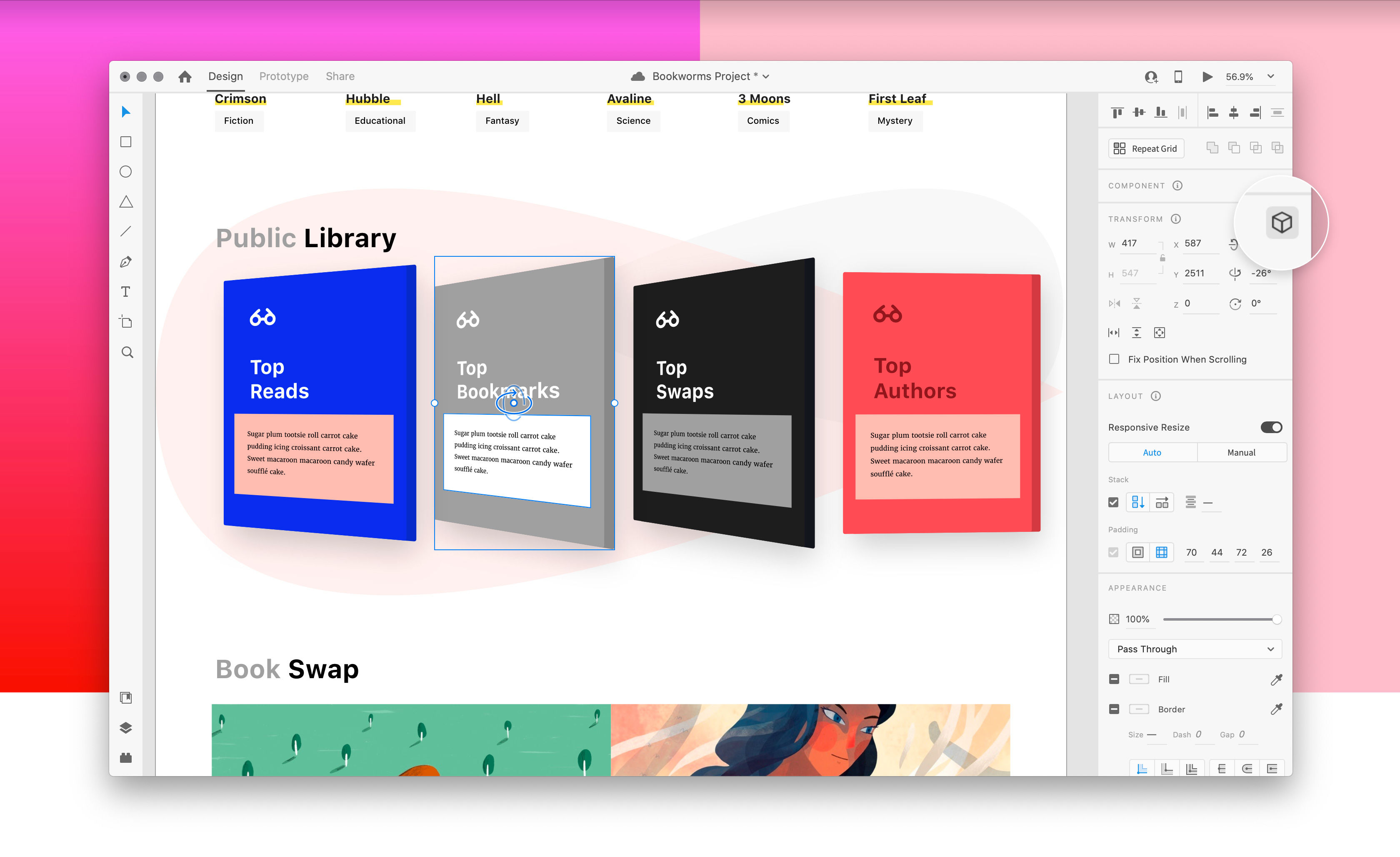 Aero is Adobe’s still-in-beta app for creating AR artworks – 2.5D art that appears to live in the real world when viewed through a phone camera.

Initially an app that only worked on iOS, the big news here is that there’s now a public beta of the desktop version for Mac and Windows. This enables you to create more complex artwork with a finer level of control.

All versions also gain support for animated GIFs and PNGs, and multi-track animation. 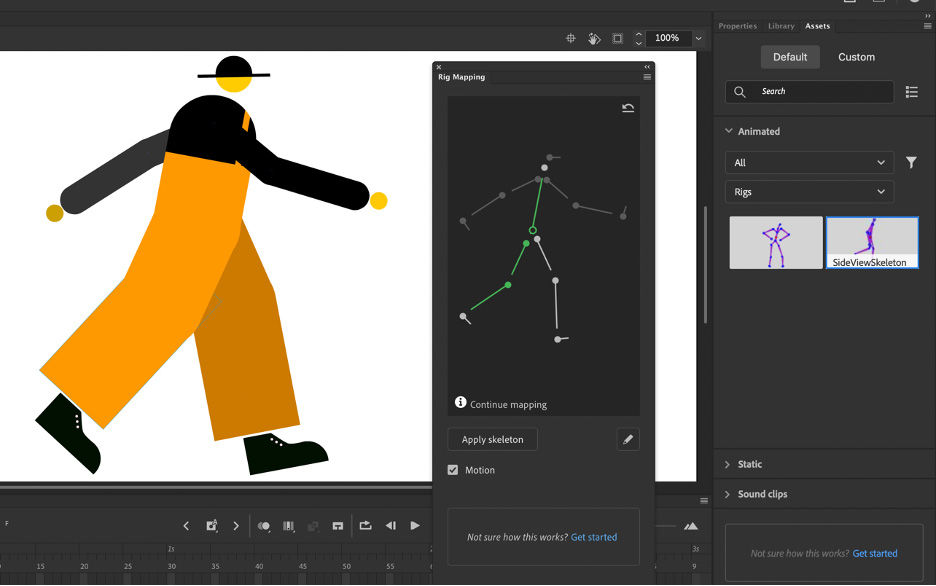 Developers creating products related to Adobe’s are also making announcements at Max. Stock 3D model company TurboSquid has updated its PixelSquid Photoshop plugin, which allows artists and designs to position and spin objects from the company’s library in Photoshop comps. The update lets users search the library from within Photoshop.

Adobe opening up its Creative Cloud Libraries online file system has let other companies work including Dropbox and Mural.

At Adobe MAX, TurboSquid announced a new update to the PixelSquid plugin for Adobe Photoshop® that brings over 43,000 3D objects directly into the famed design tool. Graphic designers can now add spinnable objects to any design, blending photorealism with 2D in a few simple clicks. Special pricing is available until November 3rd, helping new subscribers access the world’s largest design-ready 3D library for only $99/year.

Discover all you need to know about Adobe Creative Cloud, including Adobe student discounts.