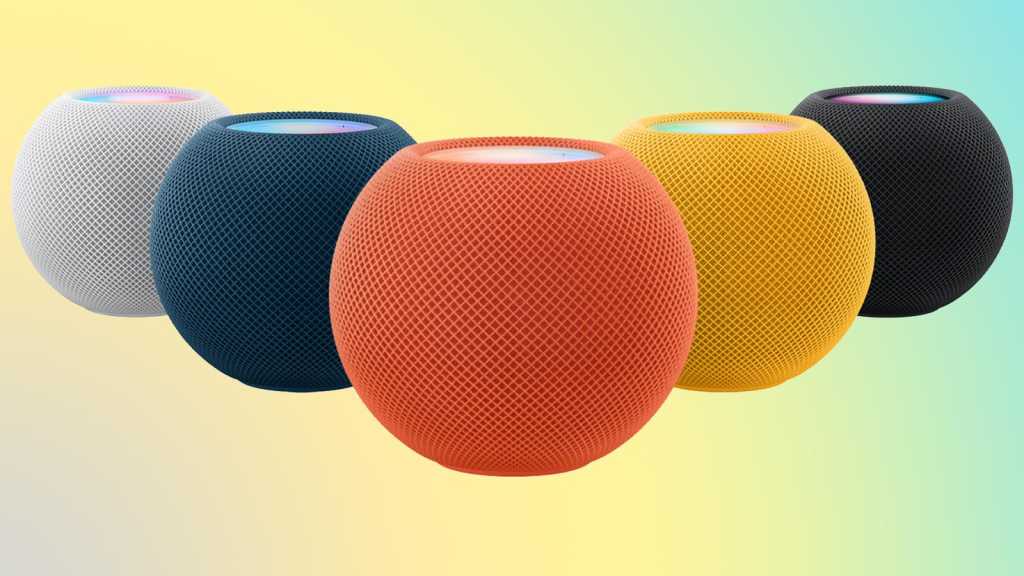 Sure, the biggest news of the night was certainly the arrival of new 14in and 16in MacBook Pro laptops with the M1 Pro and M1 Max, but if you’re an Apple fan on a budget looking for a gift (perhaps to yourself) ahead of this Christmas, the new, colourful HomePod minis are likely to have charmed you already – especially with a lower price of £89 in the UK.

It’s worth noting, the new colourways aren’t necessarily an upgrade to the existing HomePod minis, but simply offer a greater variety of options to suit your interior decor and tastes.

Here, we’re looking at all the places you can buy the HomePod mini in the UK and US.

When do the yellow/orange/blue HomePod minis release?

Apple’s staying fairly silent on a specific date. What we know so far is that it’s expected in November 2021.

That’s not very helpful on it’s own, it’s worth remember Apple released the original HomePod mini on 16 November last year. It’s possible the colourful HomePod minis may release mid-November too.

How much does the HomePod mini cost?

The HomePod mini is a pint-sized version of the original HomePod that debuted in 2018, though is now discontinued. Though the Siri smart speaker debuted at £99/US$99, Apple has dropped the price to £89 in the UK with the launch of the new colourways.

Amazon’s Echo 4 and the  Google Nest Audio will both set you back £89.99/US$99.99, putting the three products in direct competition.

See the best Amazon Echo deals of the month.

Where to buy the yellow/orange/blue the HomePod minis

You should be able to HomePod mini from Apple UK and Apple US sites once they release. At the moment, you can only buy the original grey and black options.

We’re expecting the following retailers to see the new colourways once they release too. Like Apple, these retailers are mostly selling the grey and black options too:

We’re separately looking at the best HomePod mini deals in this round-up.

Amazon is among the most popular electronics retailers, but there’s little chance of it stocking the HomePod mini as it’s in direct competition with the company’s Echo line.

What is the HomePod mini?

The HomePod mini is essentially an affordable version of the regular HomePod that Apple first unveiled in February 2018. However, despite being covered in the same mesh fabric as the original, it’s much smaller and sports a more spherical design.

Powered by Apple’s voice assistant Siri, the HomePod mini will be able to recognise multiple voices to give personalised results, as well as offering a wealth of smart home functionality. There’s even deeper integration with the iPhone, while the device can form part of an Intercom system throughout the home.

Despite the smaller form factor, Apple has assured us that sound quality will still be “amazing”.

See our full HomePod Mini review to find out more, or check out our best smart speaker chart to see what it’ll be up against.