One of the interesting new features of the iPhone 12 range is that the phones include not just the expected wireless charging, but a circular magnet – plus some other tech – which will spawn a new ecosystem of accessories including cases, chargers, car mounts and even a snap-on wallet.

Apple is bringing back the MagSafe brand for this, something that was previously used only for the charging cable of Macs.

Of course, wireless charging is much more prevalent now so Apple is launching its own MagSafe 15W wireless charger plus a MagSafe Duo, a fold-up charger which can recharge your iPhone 12 and Apple Watch at the same time. 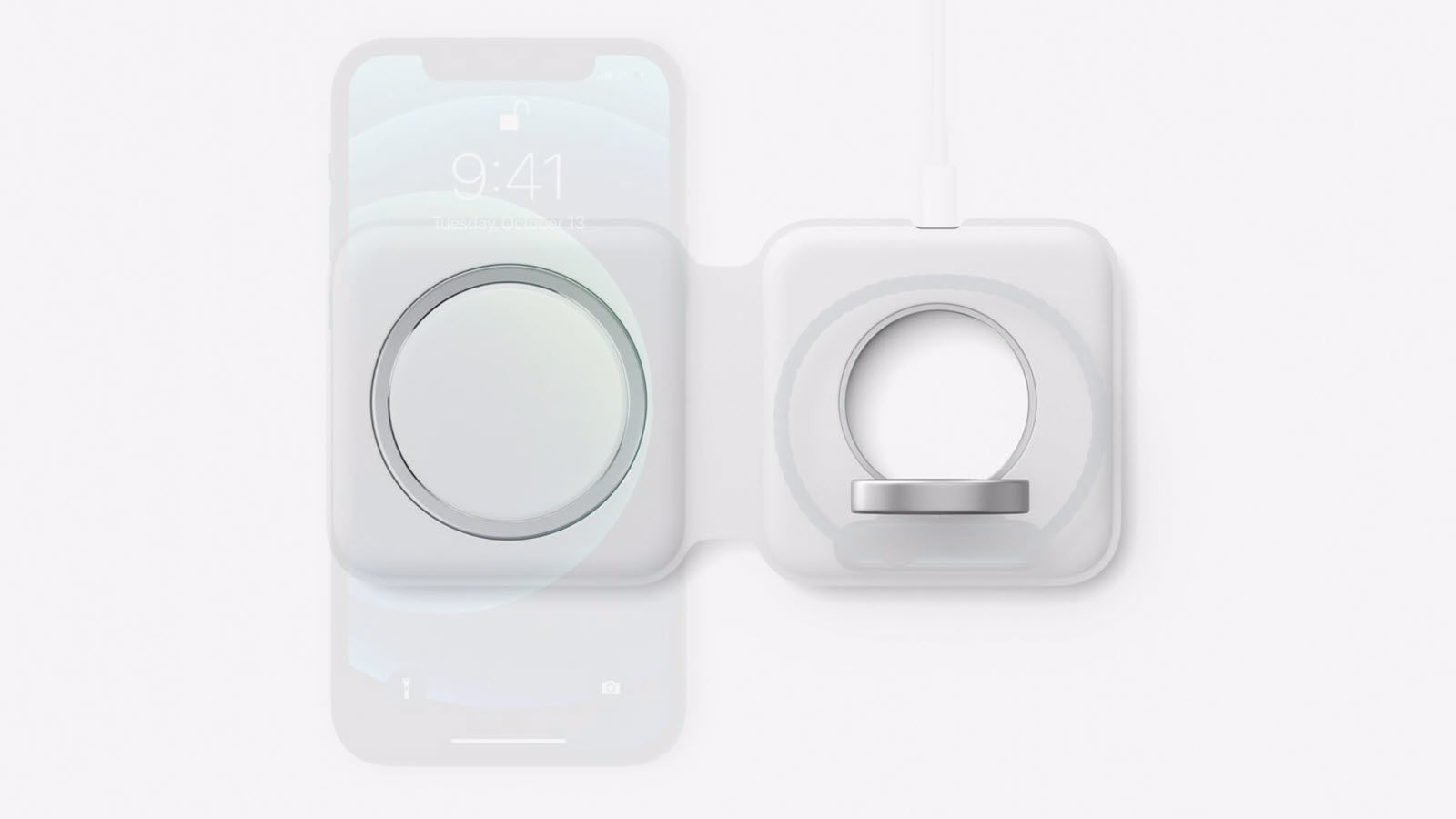 The magnets mean chargers align properly (as with the Apple Watch) ensuring that charging is as efficient and quick as possible.

The interesting part, though, is that the magnet is being used for other accessories such as snap-on cases, including a pouch-style one which has a slot for the time. Apple says it will offer cases with a variety of finishes including leather, clear and silicone. 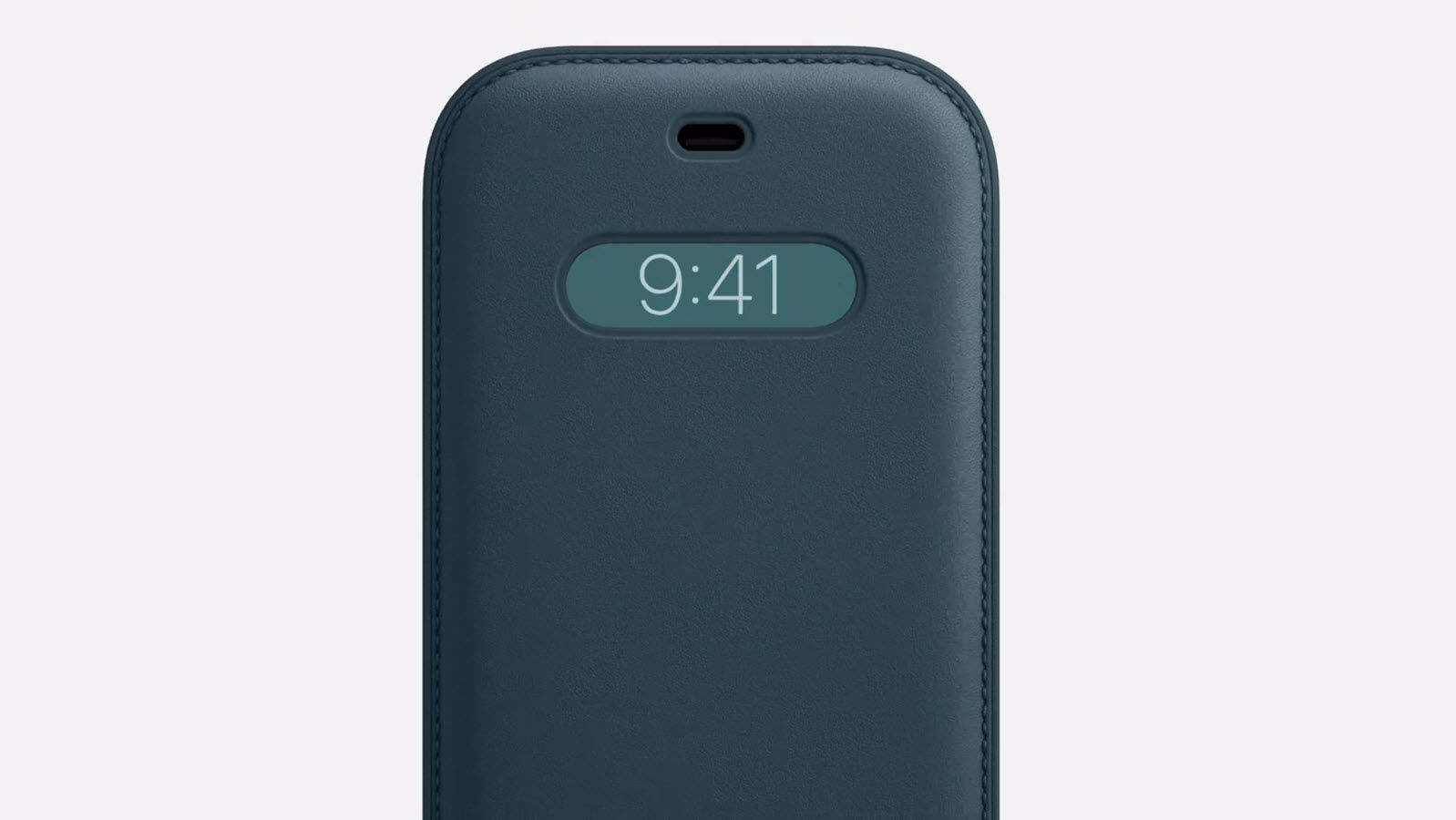 Even if you’re using a MagSafe case you can still charge an iPhone 12 wirelessly, or use other accessories such as the wallet.

Third parties are already developing MagSafe accessories, including Belkin’s car mount (below). Magnetic mounts in cars are by far the most convenient way to attach your phone so you can see its screen for directions, so having the magnet built into the phone instead of requiring a special case is a boon, no doubt. 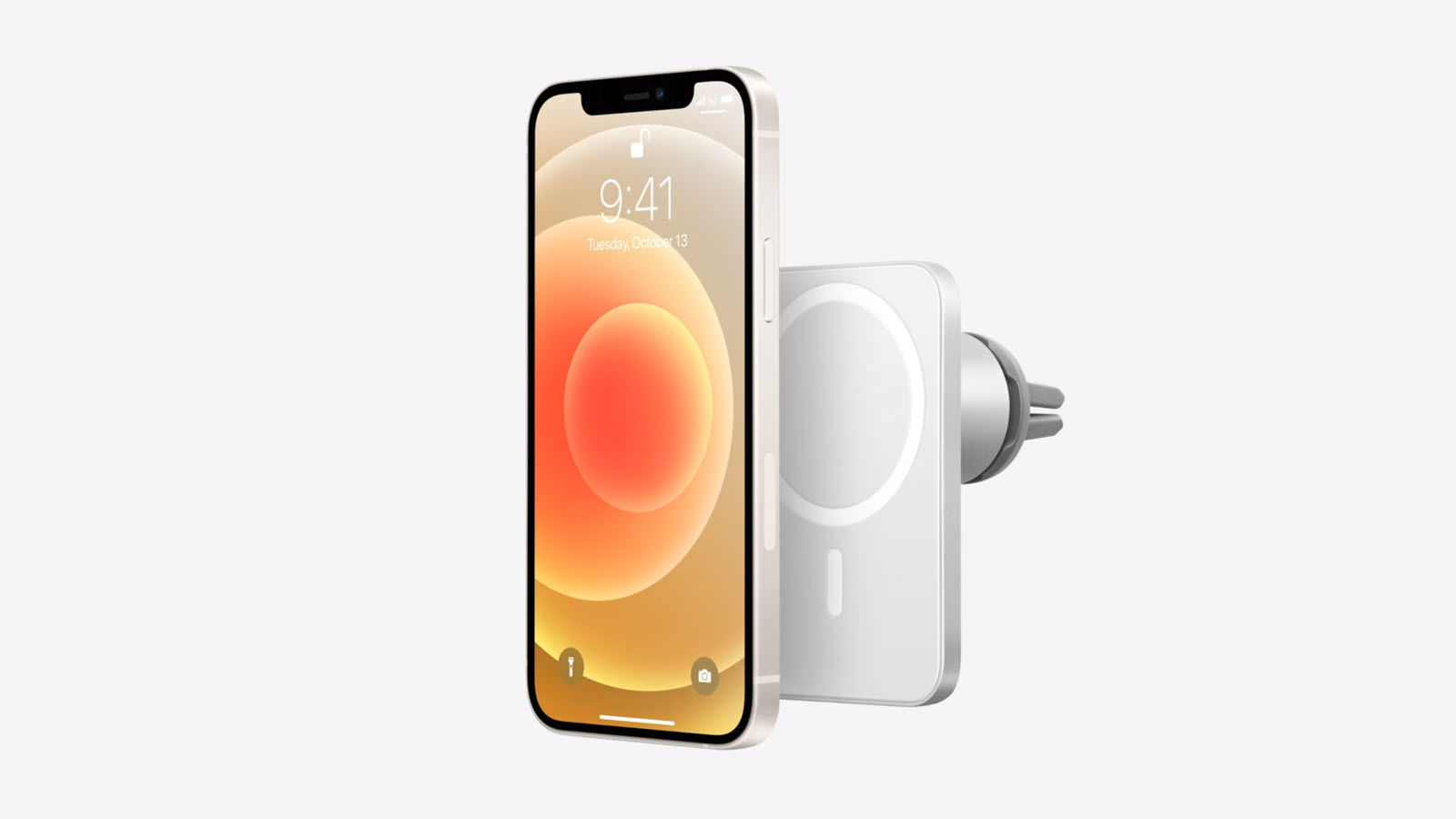 How much are MagSafe chargers and cases?

Apple didn’t go into detail about when the new accessories would be available to buy, nor how much they will cost.

We expect them to be released shortly after, or even at the same time as the new iPhones.

Find out more in our full What is MagSafe? explainer.

Read more about the iPhone 12 and also the newly announced HomePod mini.