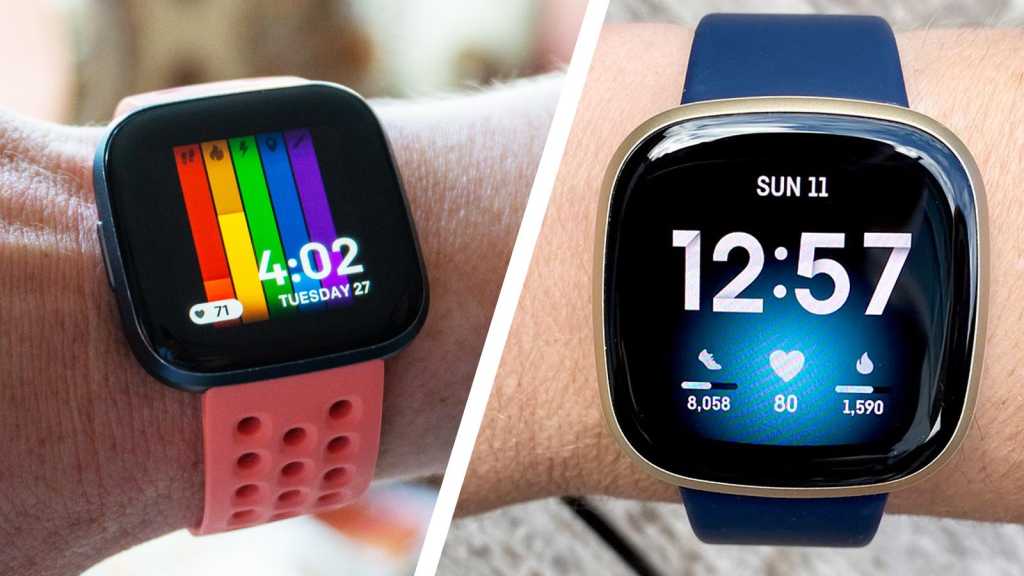 As you might expect, Fitbit’s latest Versa 3 replaces the older Versa 2. But what are the differences between these two fitness-centric smartwatches?

Here, we’ll compare the functions both share and the new features you’ll find with the latest model.

The Fitbit Versa 3 was released in September 2020, a year after 2019’s Versa 2 – so the older model isn’t exactly ancient. And Fitbit is still selling the older model in some of its international markets, including the UK and US.

There aren’t many differences in terms of fitness and health functions, but runners and cyclists will no doubt appreciate the Versa 3’s exclusive features, and the Versa 3 is adding new features with each new software update.

Price difference: It’s all about the deals

While stocks last, the Fitbit is selling both models, and you’ll find the Versa 2 available with a discount at select major retailers for some months.

Check out our roundup of the best Fitbit deals, and see below for the very latest prices, plus find out which is the Best Fitbit for you.

First, what they have in common are all of Fitbit’s great all-day activity tracking and exercise features: Active Zone Minutes, smartphone notifications, best-in-class sleep-quality monitoring and guided breathing sessions, but then so do the cheaper Fitbit Charge 4 and even entry-level Fitbit Inspire 2.

Only the colour-touchscreen Fitbit smartwatches can show on-screen workouts, but there’s no difference between Versa 2 and 3 in this regard either, save for the Versa 3’s slightly larger improved screen.

Both are water-resistant up to 50m and can control your phone’s Spotify Premium playlists too. 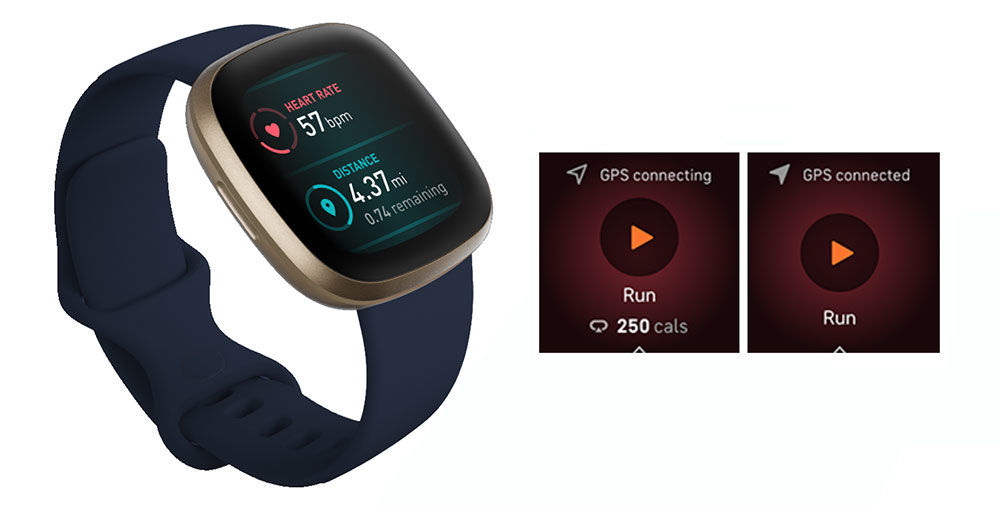 The principal difference between the Versa 2 and Versa 3 is the latest model’s built-in GPS. The older Versa 2 relies on connecting to your phone’s GPS for pace and distance measurements.

The advantage of having the GPS built into the smartwatch is that you don’t need to carry your phone with you on runs, hikes and bike rides.

If this doesn’t bother you and you’re likely to go out with your phone anyway, the Versa 2’s connected GPS will suit you just fine.

Using the built-in GPS will significantly reduce daily battery life, however, and the Versa 3 can switch to connect to the phone just like the Versa 2, if you want to save watch juice. 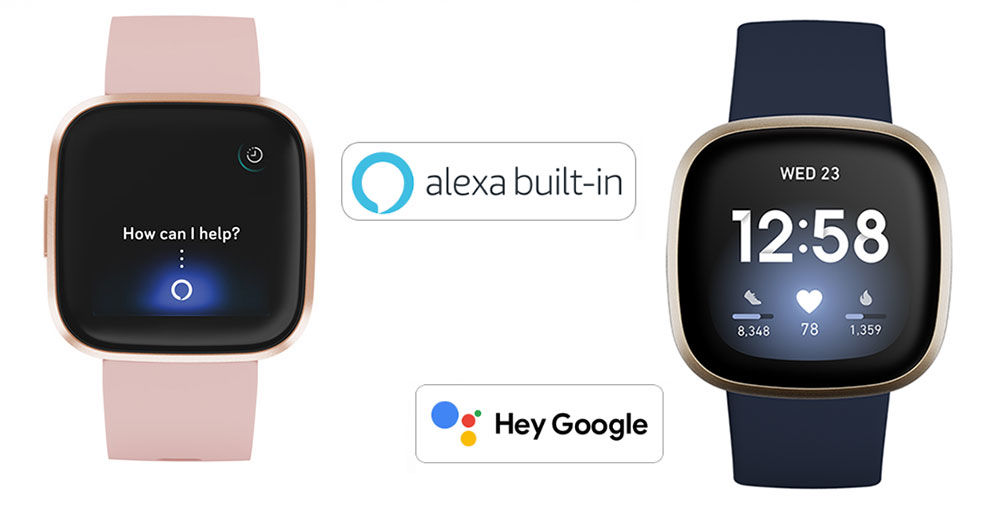 Google Assistant as well as Alexa

Another difference between the Versa 2 and 3 is the latest version’s inclusion of Google Assistant voice functionality.

The Versa 3 can work with Amazon’s Alexa, just like the Versa 2, but now also works with the Google Assistant for voice commands.

Alexa wasn’t my go-to feature, even on the Versa 2, but it’s possible Google will do more with the Assistant aspect, especially as it’s in the process of acquiring Fitbit.

Both smartwatches have a microphone that is used to engage with the voice assistant, but only the Versa 3 boasts a speaker too, which among other things, gives said assistant(s) a voice to respond to you with. 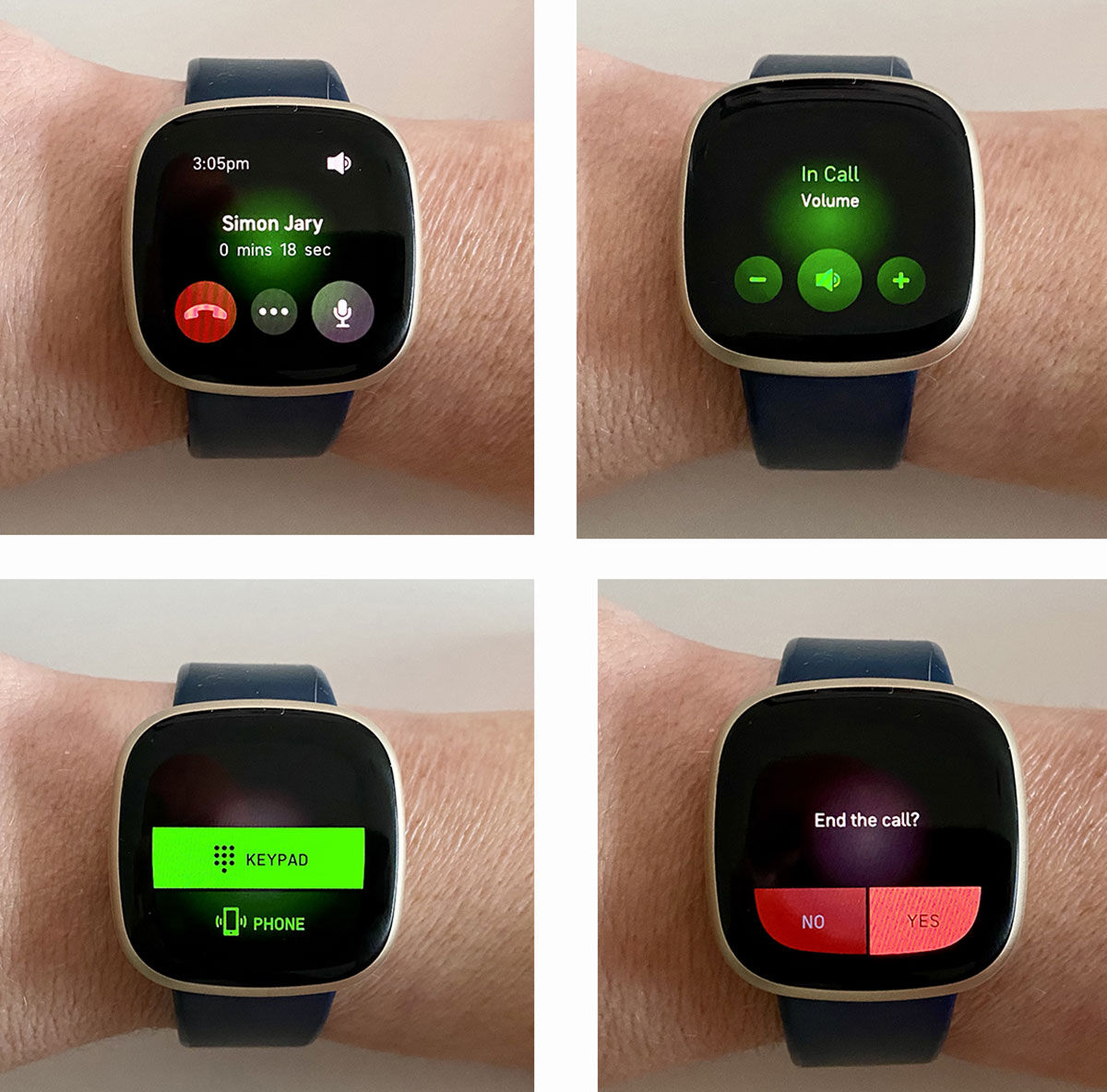 Calls from your wrist

Along with voice input when using your assistant of choice, with the Versa 3 you can make and take calls on your wrist via Bluetooth, while Android users specifically will also be able to respond to texts on-the-go, just by using their voice.

The ability to answer calls via the Versa 3 works surprisingly well, and helps you keep your phone in your pocket at times when you might be concerned about phone theft – that could be worth the extra spend in itself.

It puts Fitbit closer to some of the features of the Apple Watch. For more on the differences between the two rival smartwatches, read our comparison of Fitbit vs Apple Watch.

The Versa 3 has an improved version of Fitbit’s PurePulse heart-rate monitor. PurePulse 2.0 is a multi-path optical tracker. This means that it analyses multiple channels for a more detailed look at every heartbeat, making it more accurate and reliable.

The Versa 3 can also be set up to give you notifications on high and low heart-rate readings. A report can then be shared with your medical practitioner.

Versa 2 vs Versa 3 sensors and components

Inside the Versa 3 watch case is where you will find the major differences, including the built-in GPS, Speaker and improved heart-rate monitor. 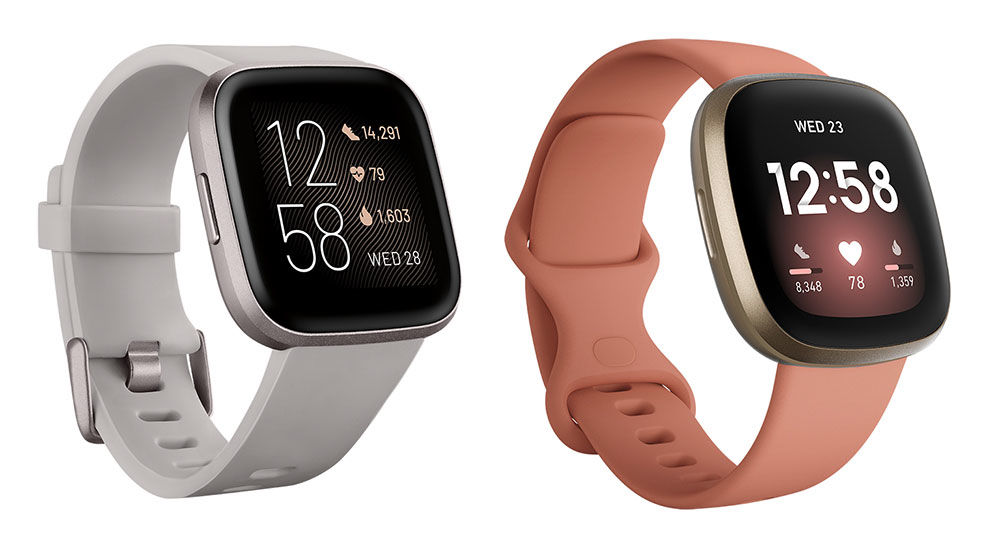 Both Versa 2 and 3 take around two hours for a full charge, which should give you around 6 days power, depending on usage. For instance, using the Versa 3’s GPS all the time would reduce battery life to 12 hours.

The Versa 3 features Fast Charging, which gives you one day of battery life in just 12 minutes, though. 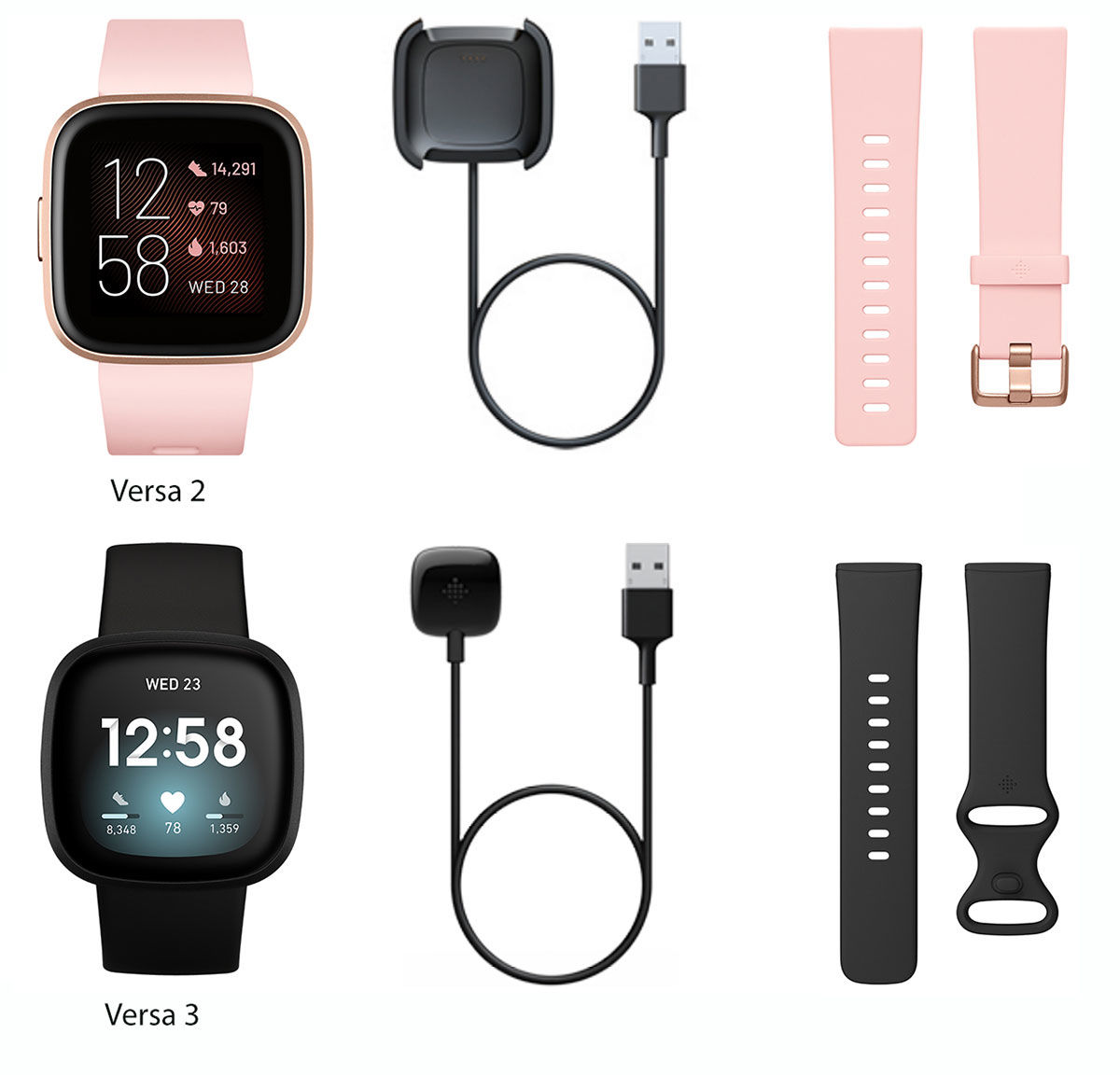 Both models of Versa ship with one small and one large strap; so you can choose the best fit for your wrist.

The charger for the Versa 2 is much chunkier than the magnetic charger of the Versa 3.

The silicone Classic Band of the Versa 2 has an actual buckle, which feels secure but is also a breeze to take on and off.

The silicone Infinity Band of the Versa 3, on the other hand, feels decidedly less secure, as it uses a peg rather than a buckle. I’ve had mine fall off once, and another time while I tried to tie the end through the loop. You can buy different bands for the Versa 3 – and Fitbit Sense, which is pretty much identical in design – and all of these have the much more sensible buckle.

It’s much easier to swap bands with the Versa 3 than the Versa 2, which has a very fiddly strap-switch process that will test your patience and fingernails. 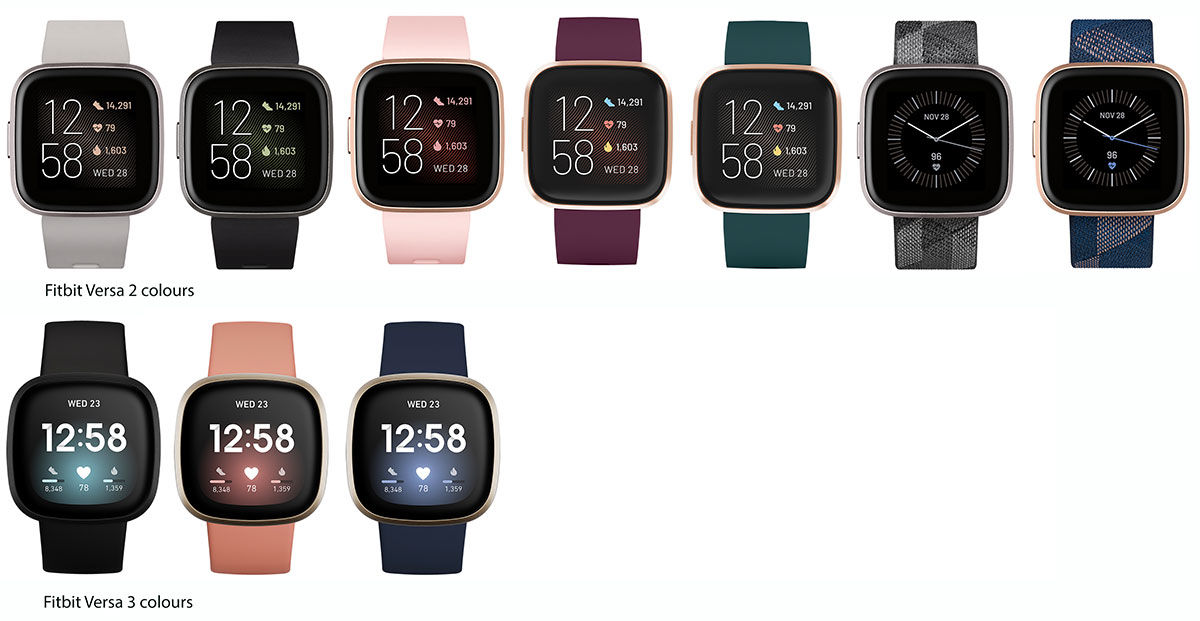 There’s also two models of Special Edition Versa 2 with special Woven bands (alongside the standard silicone), available in either Smoke or Navy & Pink.

With its built-in GPS, the Versa 3 is a more proficient sports watch for runners and cyclists. But the Versa 2 can get the same results by connecting to your smartphone, so if you’re happy carrying your phone on runs and rides, then this might not be enough to upgrade to the Versa 3.

The Versa 3 claims more accurate heart-rate measurements (and notifies you if they are concerningly low or high), which could sway newcomers to the latest model, but probably not existing Versa 2 users.

The addition of taking calls on the Versa 3 is a big step, and Google Assistant users will appreciate this as an option as well as Alexa.

If you find a Versa 2 at a great price, we still rate it as a great fitness smartwatch – not as great as the Versa 3 but only a few features behind.

See also our comparison of the differences between the Fitbit Sense and Fitbit Versa 3.