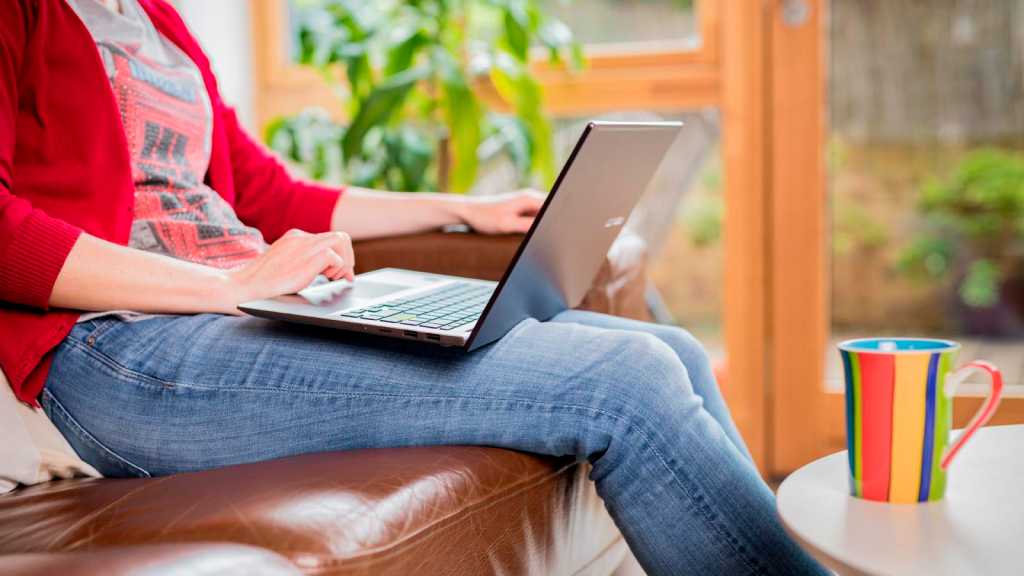 Not so long ago, browsing the web on your laptop was limited to home, work, school and perhaps a coffee shop or library. That’s because Wi-Fi (or ethernet) was the only way to connect to the internet from a computer for a long time.

That’s begun to change in recent years, with a growing number of laptops now coming with LTE support. It’s technically something similar to 4G, but can be used generally to refer to mobile data in its many forms. This includes Lenovo’s Yoga 5G, the first of what’s expected to be many 5G laptops coming to the UK.

Why would I want an LTE laptop?

The key benefit is reliability. Having LTE support on a laptop means you can stay connected almost anywhere you go.

The ‘big 4’ UK carriers (EE, Vodafone, O2, Three) all claim to have over 99% 4G coverage, meaning locations without a connection are extremely few and far between. These so-called ‘dead spots’ are also likely to be in hard-to-reach areas, such as at higher altitudes or out at sea. In other words, areas where it’s highly unlikely you’ll need to use a laptop.

Another one is speed. Even 4G tends to be much faster than the Wi-Fi you’ll find in public places, with 5G expected to be anywhere from 10 to 100 times faster still.

Are LTE laptops more expensive than regular ones?

In short, yes. Adding the necessary technology for LTE support inevitably means the cost goes up. How much varies hugely, but in general you can expect to pay at least £100 extra for 4G support.

That’s a hard comparison to make, as it’s rare for manufacturers to offer the exact same model with and without LTE connectivity. There’s also the question of a separate data contract, which is typically more expensive than the one for your phone as you’ll probably require more data.

The relatively recent emergence of 5G means it’s far more expensive still. Lenovo’s Yoga 5G, the UK’s first 5G laptop, will cost an incredible £3000 over the course of a 24-month contract. It’s not available to buy SIM-free in this country, although it’s sold in the US for $1500.

Those extortionate costs mean you’d need to have a specific and overwhelming justification for buying the device in the UK right now.

Why not just use my phone as a hotspot?

This is perhaps one of the biggest reasons why you don’t need to buy an LTE laptop. For the handful of times that most people will need to use their laptop in an area without Wi-Fi, you can easily just hook up to your phone’s mobile data.

Almost all contracts allow you to use your handset as a personal hotspot these days, and it’s as simple as turning on the setting on your phone and selecting it from the list of Wi-Fi networks. You’ll need to enter the password if it’s your first time connecting, but it’s easy to access or change at any time from your phone.

The one thing you’ll have to watch out for with this method is your monthly data allowance. While unlimited data contracts are becoming increasingly common, you’ll want to be extremely mindful if you’ve only got a few GB to play with each month.

Even so, paying a bit more to get an increased allowance might be worth it, particularly when compared to the cost of a brand new laptop.

Check out our best SIM-only deals for some great options, with the cheapest unlimited data contract currently starting at £11 per month for the first six months (£22 per month for remaining 18 months).

Having personal hotspot on is known to deplete your phone battery significantly faster than regular usage, so that may be an issue if you’re a long way from home.

Almost all phone contracts allow you to use the handset as a personal hotspot. It’s as simple as tapping a toggle in quick settings and then entering the password on your computer like it was Wi-Fi.

This is a relatively simple one at the moment. For most people, the significantly higher hardware costs and current lack of UK coverage mean it makes little sense to buy a 5G laptop over an equivalent 4G device.

However, there are exceptions. If you live in an area with 5G support (such as a major city) and have a specific use case in mind, a 5G laptop may be able to provide additional value. This could be if you rely on a fast connection while commuting every day, or want to switch your home broadband connection over to 5G.

For everyone else, it’s worth waiting at least a few months. Competition is expected to increase in the 5G laptop space and hardware costs will inevitably go down, so it surely won’t be long before you can pick up a 5G device within most people’s price range.

However, it’s worth reiterating that a lot of people will be just fine with a Wi-Fi-only device right now, connecting to their phone via a personal hotspot on the odd occasion it’s not available or fast enough.

Looking to minimise your environmental impact? Check out how sustainable laptops are.