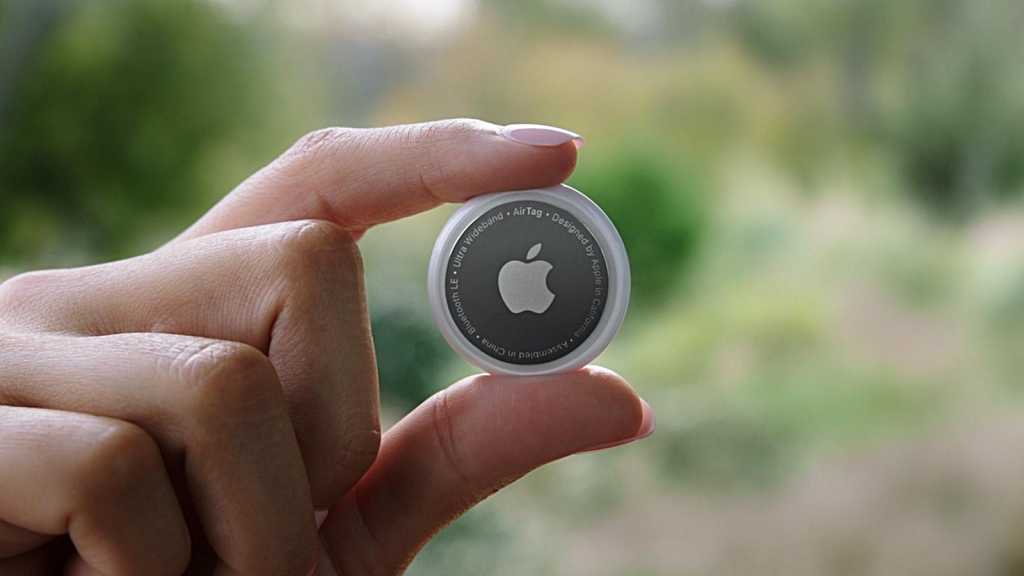 Having been rumoured for months and ‘leaked’ in one of Apple’s own support videos, the wraps are finally off AirTag.

They were announced at Apple’s Spring Loaded event, where the new iPad Pro was unveiled along with colourful iMacs.

AirTags are circular discs the size of a coin and their precise location can be found using the Find My app on your iPhone, or another Apple device. Similar to existing Bluetooth trackers, but using different technology, AirTags can be attached to items such as keys, popped into a wallet or stuck on any other item that you want to keep track of, such as your child’s favourite toy which they keep losing at bedtime.

Where Tile relies solely on Bluetooth, AirTags use Bluetooth and ultra-wideband, which works in conjunction with other Apple devices fitted with the U1 ultra-wideband chip to find the position of the AirTag within a few inches.

Using the Find My app, you can tap on an AirTag and be shown the direction and distance away from it. The finding process also uses haptic feedback on your phone. 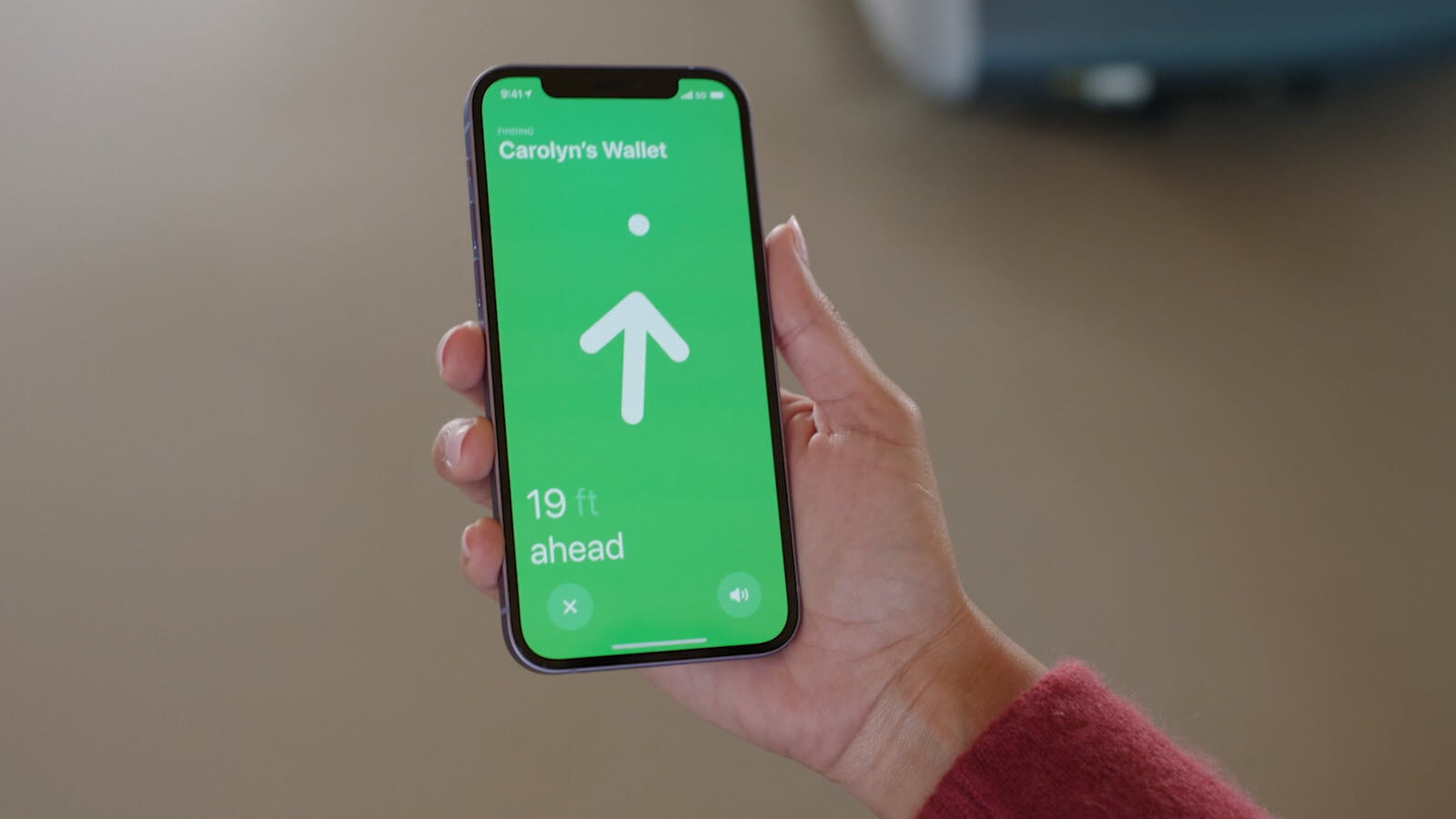 Since the iPhone 11, Apple’s phones have been fitted with the U1. Most people believed it would be used with UWB beacons for indoor ‘satnav’ but while it still can be, Apple has been using it for different things, such as handoff between an iPhone and HomePod Mini.

Now, AirTags use UWB to provide a more accurate way to track down your house keys or whatever else you’ve misplaced.

They’re IP67 dust and water resistant and have a built-in speaker so you can hear them beeping as you get closer to their location.

Just as with the most recent Tile models, the battery is user replaceable and lasts around a year.

But what happens if you’ve left your keys on the bus? You’ll be out of range pretty fast, after all. That’s where the community find comes in. Apple can simply take advantage of all the other iPhones around to find your AirTag, anonymously and privately. That’s essentially how Tile and other Bluetooth trackers work already, using nearby smartphones running their app to pinpoint the location of the tracker attached to the lost item.

Of course, Apple has a ready-made community in this respect which eclipses the size of Tile’s user base.

When is the AirTag release date?

You can pre-order AirTags right now ahead of release on 30 April.

How much do AirTags cost?

Tile’s most recent Tile Pro costs £29.99 in the UK and $34.99 in the US, so Apple’s pricing could well make other trackers cheaper.

The Tile Pro is already at the pricy end of the market though – other Bluetooth trackers we’ve reviewed cost less.

Apple will sell you accessories for your AirTags, including a polyurethane loop, leather loop and leather keyring.

You can personalise each AirTag with text or one of 31 emoji, and on the rear is laser-etched polished stainless steel.

Head to eBay, Etsy and other marketplace sites and you’ll find third-party accessories for AirTags already on sale, such as these holders and keyrings. 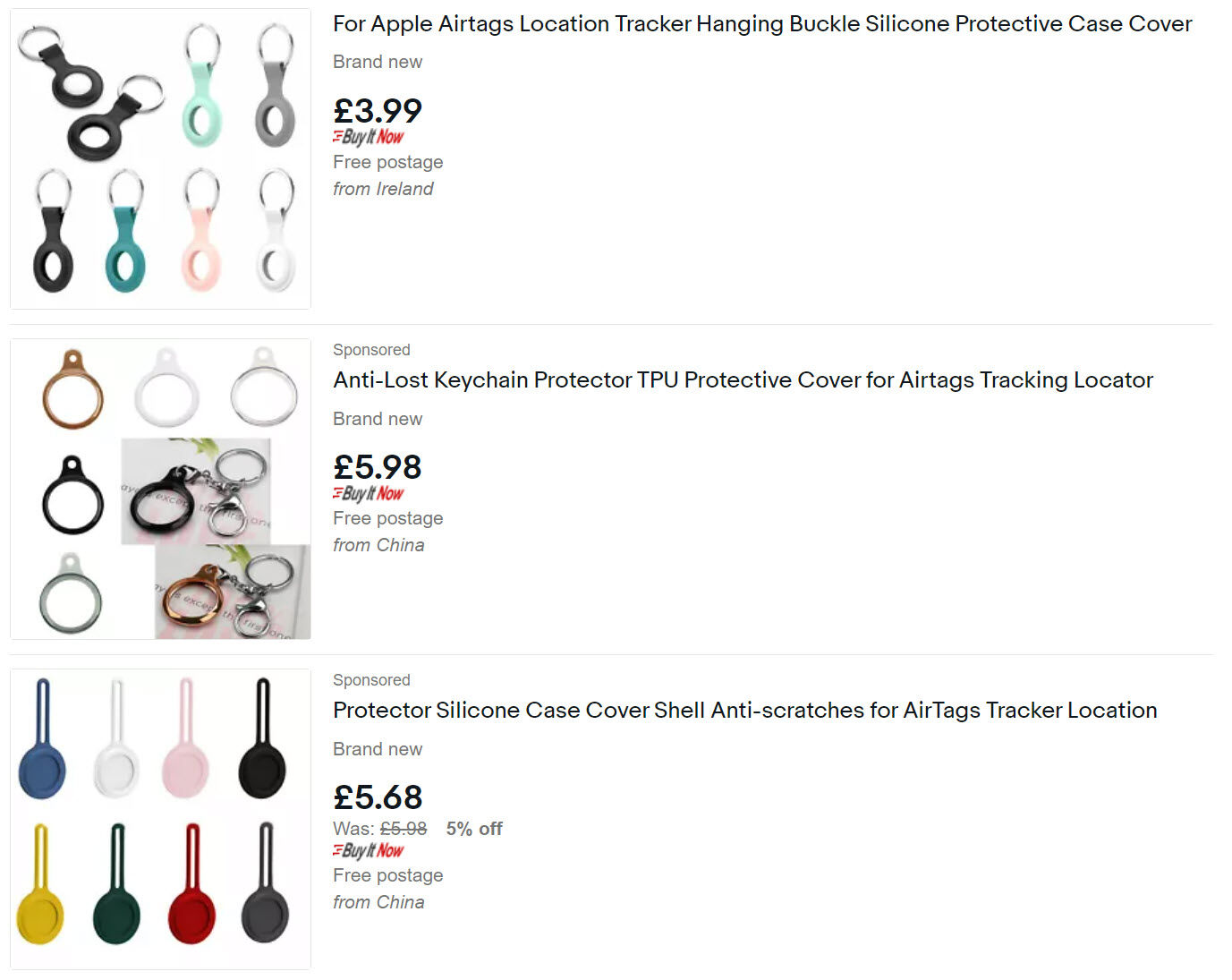