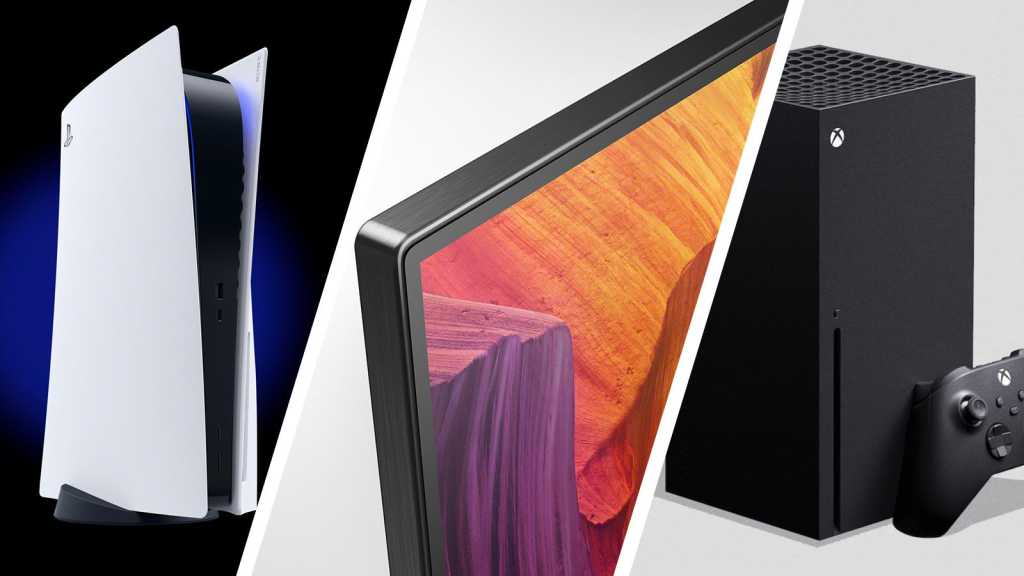 The PS5 and Xbox Series X/S are here and if you managed to get a pre-order in then you probably can’t want to get the next-gen console set up and start gaming. But is your TV compatible with next-gen consoles?

There’s a lot to get your head around here as although your current TV will probably work, it’s likely that you won’t be getting the full next-gen gaming experience.

A new TV might be in order if you want to play the PS5 or Xbox Series X (or S) at 4K resolution and 120fps. Confused? Read on to find out what all the issues and requirements are.

Is my TV PS5 and Xbox Series X/S compatible?

Unless you have an ancient TV with a SCART port, then the simple answer is yes, you’ll be able to plug the PS5 or Xbox Series X or S into your TV via HDMI and play games.

The caveat is that you’ll only be playing at the quality your TV can handle, so if you haven’t upgraded to 4K (Ultra HD) yet then it will probably be at Full HD (1080p) instead.

It’s worth noting that the Xbox Series S supports 120fps but, on paper, is limited to 1440p video output rather than true 4K (2160p). However, you will get close to 4K thanks to checkerboard upscaling.

Even if you have got a 4K TV, it’s likely you’ll be limited to 60Hz. While that will be fine for most people, you’ll need a better TV to get the most out of these next-gen consoles.

What are the PS5 and Xbox Series X/S TV requirements?

If we’re talking full benefits, you need a TV that’s able to accept at least one HDMI input with 4K resolution at 120Hz refresh rate (or 120fps) for a smoother experience – ideally more than one port if you plan to own both consoles and leave them both wired in.

Find out more about refresh rates if you’re still unsure.

That means finding a TV with HDMI 2.1, which also benefits from VRR (variable refresh rate), which isn’t that easy. Even if you bought a 2020 model, it’s possible it only has HDMI 2.0 which is limited to 60Hz.

Also, don’t forget the cable. You’ll need an HDMI 2.1 cable to unlock 120Hz. This one from Belkin will do the trick. Microsoft lists the supplied cable as ‘Ultra High Speed’ while Sony doesn’t specify for the PS5.

If you’re unsure, check the specs of your TV or the one you’re thinking about buying. Chances are, if it has HDMI 2.1 then should be 4K with 120Hz. Sometimes spec listings on retailers or even the official manufacturer site don’t provide enough detail so you might need to contact them to make sure.

What about Sony’s ‘PS5 ready’ TVs?

It’s true that Sony did announce that some of its Bravia range is officially “Ready for PlayStation 5” including the XH90 and ZH8.

This means features such as Game Mode for automatic low latency and “wake both TV and PS5 with the DualSense wireless controller at once and also seamlessly control their PS5 using just the TV remote.”

The key thing missing is HDMI 2.1 to support for 4K at 120fps. Sony is adding this and will be made possible via a firmware update starting on 14 October. And the same goes for playing in 8K on the ZH8.

What about 8K on PS5 and Xbox Series X/S?

It’s true that you can play in up to 8K resolution and 8K TVs have HDMI 2.1 out of necessity so there’s no need to trawl through spec sheets.

However, there are some caveats to bear in mind if you’re thinking of getting an 8K TV and we don’t just mean how much they cost.

You’ll be limited to a 60Hz refresh rate rather than 120Hz and very few games will support 8K resolution anyway.

Apar from the next-gen console itself, you’ll need the following to be playing at full quality:

Firstly, there are a few TVs we’ve reviewed that tick the boxes:

And here are some other sets to consider that we haven’t tested: