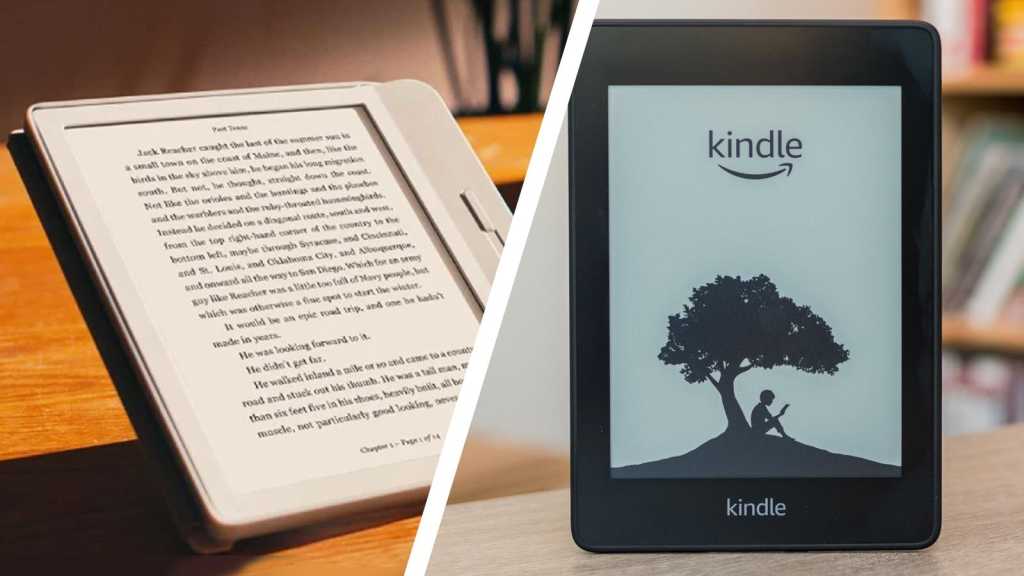 While working on my review of the Kobo Nia this week, I was reminded again of the importance to an eBook reader of the content available for it. You can have the best hardware in the world, but if the device is only able to download books from a badly curated online store that gets its books later than everywhere else, you’re not going to have a good time.

With this in mind, I’ve put together a few thoughts on the comparative strengths and weaknesses of the two biggest specialist eBook stores around: Amazon’s Kindle Store, and the Kobo Store.

In the past, just for context, I’ve always found the Kobo Store to be an unfortunately great advert for buying a Kindle. Our usual refrain has been that Kobo has almost as many eBooks as Amazon, but lags far behind in the two key areas of human-curated recommendations and algorithmic recommendations tailored to a customer’s individual preferences.

Looking on the UK stores for books published in the week I wrote this article, I checked for the following titles:

In other words, both stores get new books at pretty much the same time.

I then checked for a few older offerings: both had multiple affordable e-copies of Bob Southey’s Life of Nelson, and of Fielding’s Joseph Andrews; classics are a goldmine for eBook readers because they are usually out of copyright.

As if to prove this point, neither store had a digital version of John Dickson Carr’s Burning Court from 1937, probably because it sits in that awkward zone of being very old but not quite old enough to automatically fall into the public domain.

Satisfied that the two stores are equally matched for volume and availability of eBooks, I had a more casual browse to see how well they each managed to throw books at me that I might like.

Both do a decent job of showcasing new material; interestingly, Kobo goes for an approach of highlighting half a dozen notable inclusions for a large variety of genres/subcategories on its home page.

Meanwhile, Amazon offered just two such lists (Business & Finance, and £1 offers) before dropping into a long vertical bestsellers list, although its genre list is prominent and easily accessible in the lefthand sidebar.

All mild stuff, and far be it from me to deny readers the opportunity to “cozy up and be ready for some sexy fun”, but it all adds to the sense that these are just the most recent or the most SEO-optimised offerings available, rather than the ones a human being or an effective algorithm has decided are appealing choices for a short-story aficionado.

But the rest of the page was more convincingly curated/tailored, with more premium-looking collections of short stories appearing nearer the top and, crucially, a curated widget showing ‘Contemporary short story collections to devour’ sourced from Goodreads.

That’s the sort of thing that’s actually useful to readers, rather than auto-generated lists of books that have the words short and story crammed multiple times into their metadata and/or happen to have been published recently.

Amazon is still ahead, retaining a clear advantage when offering recommendations to the casual browser. This is partly down to the company’s far greater data resources, since it knows more about the average visitor and can offer ‘similar’ items to ones that have been browsed or bought in the past.

(Amazon’s recommendations are often mocked for their sillier habits: suggesting you buy something you already bought or linking to utterly unrelated items. But I think you notice it only when it goes wrong, and ignore the many times it surfaced something that was perfect for you, and you bought it, and then forgot where the recommendation even came from.)

Beyond the mountain of data, however, Amazon simply puts in more work – and has more experience – in creating curated entry points via Goodreads widgets and the like.

When you browse Kobo’s lists you can frequently see through to the easily gamed algorithm behind the scenes; with Kindle, it feels more like there’s a human trying to help you find what you want. An imperfect human who sometimes get it wrong, but one who is doing their best.

All of this applies, however, only to the casual browser who doesn’t know what they want to read. If you know that already – if you read books blogs, or get recommendations from friends, or visit real bookshops and then buy online (which is naughty) – then Kobo’s store is Kindle’s match. They get largely the same books at largely the same time and largely the same price.

Now you’ve got a good idea of how good the two stores are, it’s time to choose some hardware to read with. Visit our guide to the best eBooks readers chart for detailed advice.