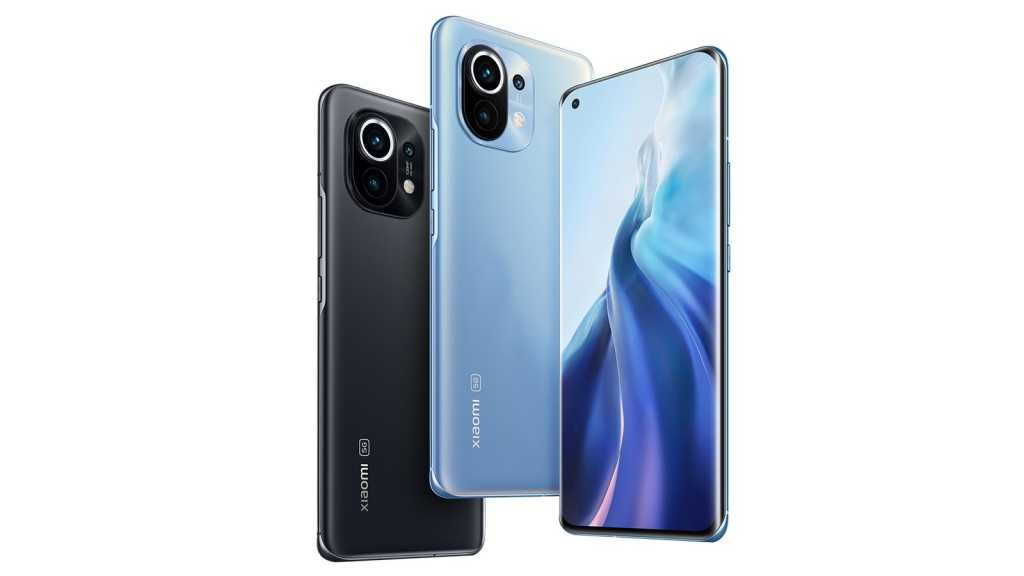 The Xiaomi Mi 11 is the latest flagship phone from the Chinese tech giant, notable for being the world’s first Snapdragon 888 phone, and also the company’s first to feature a 2K 120Hz display.

First announced in China in December, the Mi 11 is now widely available in Europe and Asia, while the first day of the company’s two-day Mega Launch gave us the Mi 11 Ultra, Mi 11 Pro, M 11i and Mi 11 Lite variants – all of which are also now on sale.

When do the Xiaomi Mi 11 phones come out?

In the UK, you can buy the Mi 11, Mi 11 Lite 5G, and Mi 11 Ultra. The rest of Europe gets all of those, plus the Mi 11 Lite 4G and the Mi 11i – though availability varies slightly by country. Meanwhile in India you’ll find the slightly remixed Mi 11X phones.

The Mi 11 Pro is the only phone in the range that’s remaining a China-exclusive.

As usual with Xiaomi products, there are no official plans for a US release of any of the phones. American fans can have it shipped from China or Europe but at the cost of long shipping turnarounds and possible import fees. 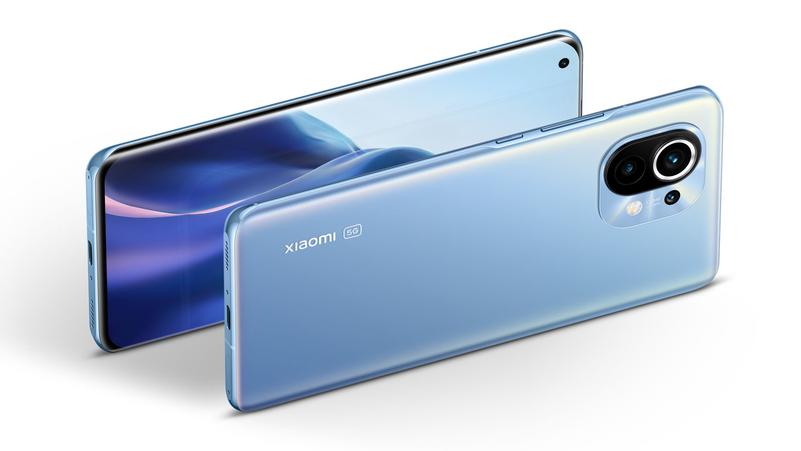 Remarkably, despite serious specs, the Mi 11 costs even less than the Mi 10 in Europe and the UK, and the rest of the range is also fairly competitive.

You can buy any of the phones SIM-free from Amazon or Mi.com across Europe, and in the UK the Mi 11, Lite 5G, and Ultra are all available on contract from Vodafone, with the standard Mi 11 also available through  Three.

Check out our full guide to where to buy the Mi 11 series for the best offers and deals.

We also chat about the full Mi 11 range in an episode of our podcast Fast Charge, which you can watch right here:

We’ve reviewed the Mi 11 already, so read that to find out what we think of the phone. But the long and short is that from a hardware perspective, this is a seriously good phone. It weighs just 196g and is a tiny 8mm thick. In Europe, it’s launching in two colours: ‘Horizon Blue’ and ‘Midnight Grey’.

Here are some more details on its specs:

The Mi 11 has a 6.81in AMOLED display and is the first Xiaomi phone to date to feature a 2K (3200×1440) resolution, which brings a 515ppi pixel density. This is also a 120Hz panel, primed for the fast-paced frame rates of entertainment and gaming, with an incredibly responsive 480Hz touch-sampling rate and edge sensors for accuracy. 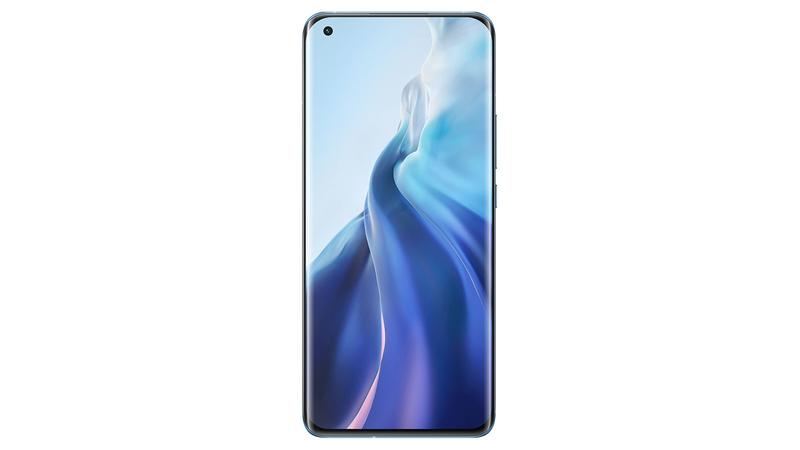 Capable of 1500 nits of brightness on average (though a maximum of 1771 nits has been recorded), with 8,192 levels of auto-brightness, 5,000,000:1 contrast ratio, and support for high dynamic range and motion smoothing through HDR10+ and MEMC, DisplayMate has rated this panel A+.

Xiaomi fits Gorilla Glass Victus to protect this display from damage. This is Corning’s toughest glass, with drop protection to 2m and improved resistance to scratches.

Xiaomi’s desire to launch the world’s first Snapdragon 888 smartphone is likely what pushed it to launch the Mi 11 in China so much earlier than originally anticipated, in the final days of 2020. The Galaxy S21 has since beat it to market in the US, but here in Europe where Samsung uses Exynos chipsets, we’re actually still waiting for a Snapdragon 888 phone to launch, and the Mi 11 may still be the first.

This 5nm chip presents a leap forward in AI, gaming, and camera performance with a CPU performance increase of 25%, and a matching 25% improvement in energy efficiency. Meanwhile, Qualcomm says the Adreno 660 represents its most significant GPU upgrade yet, with support for QHD+ displays at 144Hz.

The Hexagon 780 AI processor boasts peak performance of 26 TOPS (tera operations per second), up from 15 TOPS in the previous-gen Snapdragon 865. The Spectra 580 image signal processor delivers 35% more computational photography power, too, at up to 2.7 gigapixels per second. 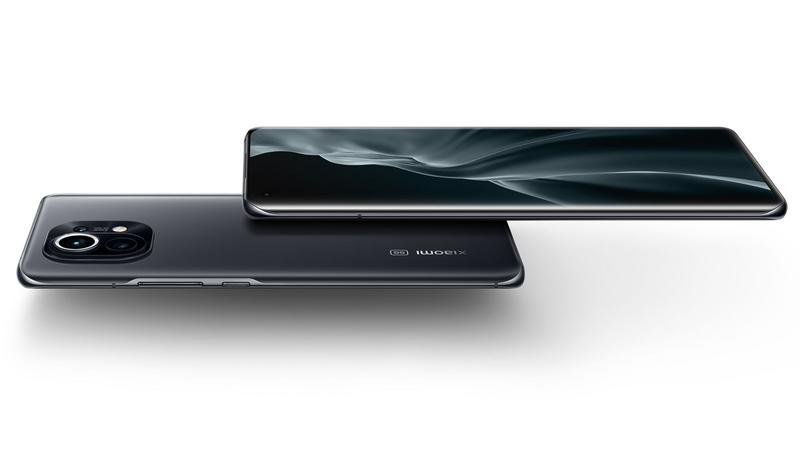 To accompany the Snapdragon 888, Xiaomi includes either 8GB or 12GB of LPDDR5 RAM (though Europe is only getting the 8GB models), paired with either 128GB or 256GB of UFS 3.1 storage.

The 888 is 5G-enabled, and integrates the Snapdragon X60 5G modem, which should mean it is able to support both mmWave and Sub-6 across all major bands worldwide, along with 5G multi-SIM and back-end network tech like carrier aggregation and dynamic spectrum sharing. There’s also enhanced Wi-Fi 6, with seamless switching between mobile and wireless networks.

The company claims the battery will reach 100% in just 45 minutes over a wired connection, or in 53 minutes when charged wirelessly. 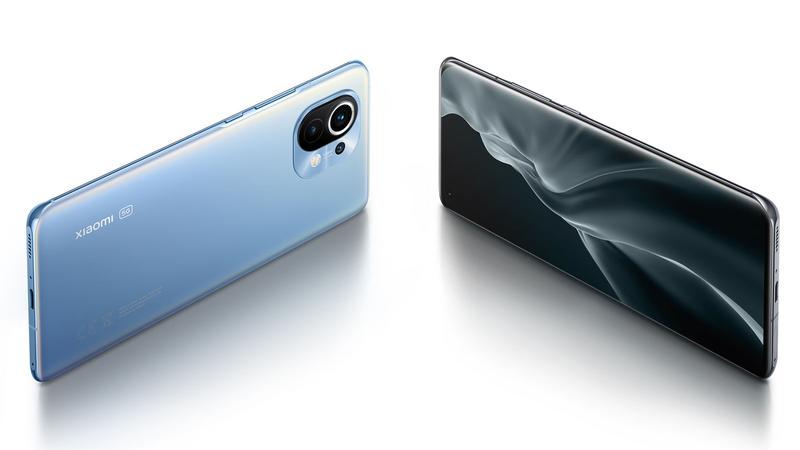 While in China Xiaomi does not supply a charger in the box, in Europe the company will include a 55W GaN charger in-box. The company explained that it considered removing the chargers entirely, but decided to ship this one since few European customers will already own a charger of this speed.

Xiaomi has opted for a triple-lens camera on the Mi 11, sitting in a square formation on the phone’s rear at the top-left corner, alongside an LED flash. 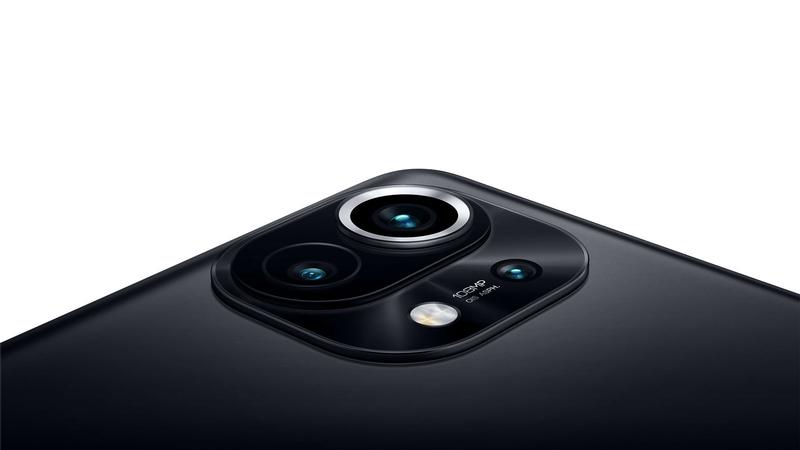 On the front of the phone you’ll find a 20Mp, f/2.4 selfie camera in a punch-hole design within the display.

From a software side, Xiaomi now supports night mode on three cameras: the main lens, ultrawide, and selfie camera. There’s also a new and improved video night mode, and a set of six new ‘AI cinema’ filming modes to create effects like freeze frames and magic zoom shots, not to mention support for HDR10+ recording.

Harman Kardon tuning and dual stereo speakers are said to offer immersive sound. There is support for Hi-Res Audio and Hi-Res Audio Wireless.

The Mi 11 also lets you share audio with friends by connecting two pairs of wireless earbuds, or you can connect two wireless speakers to create stereo sound. 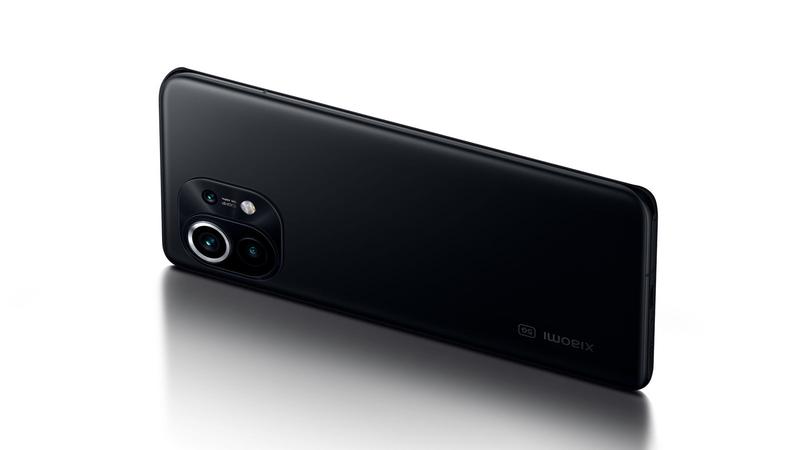 Haptics have also been improved, with a large horizontal linear motor that is both more responsive and more capable. This is said to provide a more natural experience.

Mi 11 has an in-display fingerprint sensor, which is integrated with a heart-rate sensor. To take a reading you must launch the Xiaomi Health app, so it doesn’t happen automatically when you unlock the phone, but the company claims it is as accurate as those found on smartwatches.

We discussed the Mi 11, along with the ZTE Axon 20 5G and Vivo X60, on an episode of our podcast Fast Charge which you can watch right here:

The Mi 11 Pro builds on the standard model with the key upgrades being a more efficient silicon-oxygen anode battery, Dolby Vision support, IP68-certification (the first Xiaomi phone to tout such a feature) and the debut of a new 1/1.12in Samsung ISOCELL GN2 (the largest phone camera sensor to date) 50Mp primary camera in place of the Mi 11’s 108Mp lead snapper.

Here’s a full rundown of the Mi 11 Pro’s spec sheet:

The 50Mp GN sensor uses what Samsung has branded ‘Dual Pixel Pro’ technology, which means some of the sensor’s 1.4μm pixels are formed at an angle to allow the autofocus to compare both “the top and bottom and left and right phases to find the optimal focus.” This should translate to faster and more accurate focusing, even in low light.

As mentioned, while the Pro isn’t currently due to see release outside of China, the even more bombastic Mi 11 Ultra is; with European and UK releases confirmed to be on the cards in the coming weeks.

The Ultra benefits from all the same additions as the Pro, with regards to aspects like Dolby Vision support, IP68 certification and so on, but it sports a ceramic body instead of a glass back, along with a notably different and wholly unique camera module.

Like the Pro, it’s led by that same Samsung GN2 50Mp sensor, however, in this instance, the ultrawide and telemacro cameras are powered by a pair of higher resolution 48Mp Sony IMX586 sensors instead – the latter of which promises up to a 120x maximum zoom range.

More interesting still, perhaps, is the wider camera module, which also plays host to a fully-fledged 1.1in display, that relays notifications and the like but can also double as a viewfinder, so you can shoot selfies using the phone’s most powerful snappers whilst ensuring your face stays in-frame.

Next up is the more modest Mi 11i, which is best-viewed as a reimagining of the original Mi 11, with a marginally lower price tag. This is made possible by a smaller battery with slower fast charging, a 108Mp-led camera setup (with different hardware behind that main sensor compared to the standard model), an 8Mp ultrawide and a 5Mp macro camera, plus a smaller Full HD+ AMOLED display.

The 11i retains the flagship-class Snapdragon 888 chipset and boasts one of the smallest front-facing camera cut-outs on a hole-punch display in any smartphone. Xiaomi also confirmed that the phone ships with a 33W fast charger in-box.

While the Snapdragon 888 in the rest of the Mi 11 line guarantees 5G support, the Mi 11 Lite comes in both a 4G and a 5G flavour, governed by two different chipsets.

The 4G model is powered by a Snapdragon 732G, while the 5G variant is the first phone to showcase Qualcomm’s newly-announced Snapdragon 780G – the first non-flagship mobile chipset from Qualcomm to be built on a 5nm process, just as you’d find on the likes of the Snapdragon 888 or Samsung’s Exynos 2100 SoC.

Aside from 5G and the expected raw performance improvements, the 780G also ups the Lite’s HDR10 to HDR10+ support, totes Bluetooth 5.2, a higher-resolution front-facing camera and can be had with more storage.

Colours also vary between the two variants, so if you have your heart set on a pink Mi 11 Lite, you’ll have to opt for the 4G model, while lovers of yellow phones have to jump for the 5G version.