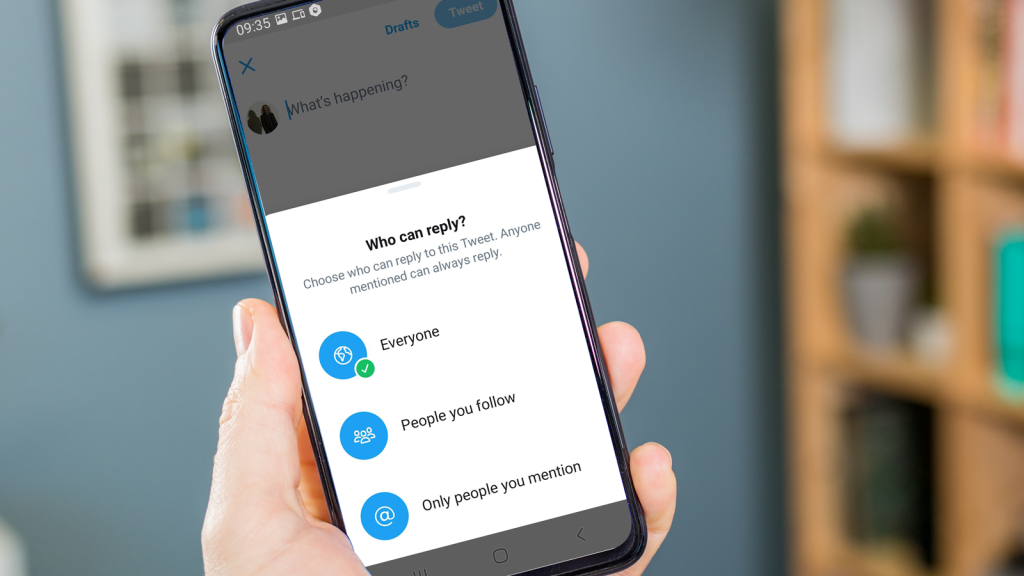 Twitter has introduced a new feature where you can decide which people are allowed to respond to your tweets. This doesn’t make your account private, so people will still be able to see what you post, but it will make those unwanted contributions from strangers a thing of the past. We show you how to turn off replies on Twitter.

For the most part, Twitter is a great place to share your thoughts, connect with others and catch up on breaking news, but there is also a darker side. It’s not uncommon for people to chip in with insults or unhelpful comments to something you’ve posted, and in some instances this can become a lot nastier with pile-ons (masses of people coming after you for something you’ve said) now a regular occurrence if you stray into the realms of today’s more contentious issues.

The ability to restrict these mob attacks or curtail voices that are only there to wind you up will be a blessed relief for many. But you should also be aware that the setting is something of a blunt tool, so you won’t receive any of the positive messages of support from the general public that you may have elicited in the past.

Therefore, you’ll need to decide for yourself whether the good and the bad is better than nothing at all.

Of course, if you find yourself the victim of harassment or aggressive behaviour, you should go to the Twitter help page that outlines how you can report abuse on the platform.

One thing to note before we explain the process, is that Twitter doesn’t offer a universal setting where all of your Tweets are protected from replies. Instead, you make the choice for each individual tweet as you write them. So, if you think a certain post is likely to generate a bit of heat, you can turn off the replies or limit them to people you know, whereas with all your others you can leave them open.

Maybe in the future this will appear as an option, but for the time being you’ll need to remember to check before you tap Send.

To use the feature, open Twitter and tap the quill icon to create a new tweet. On the next page, you’ll see the usual space for your text, a row for photos, then a new row that says Everyone can reply. This is the default setting that leaves everything the way it’s always been. To change it, tap the text and you’ll see a new menu appear entitled Who can reply? 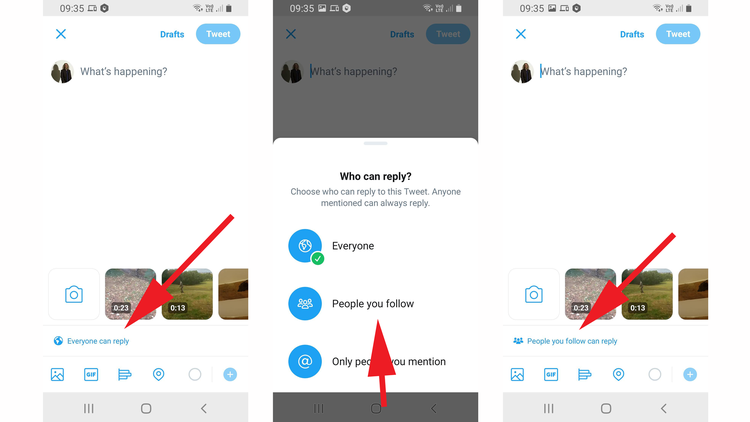 There are three options available Everyone, People you follow and Only people you mention. Each does pretty much what it says, so if you leave it as Everyone, then things behave in the traditional Twitter manner. Select People you follow, and you’ll only see responses from those in your circle, then finally there’s Only people you mention which limits things directly to any users who appear in the actual tweet. Essentially the latter is like a public version of a direct message.

With the suitable tier selected, you can send your tweet safe in the knowledge that your conversation won’t be hijacked by any unwelcome visitors.