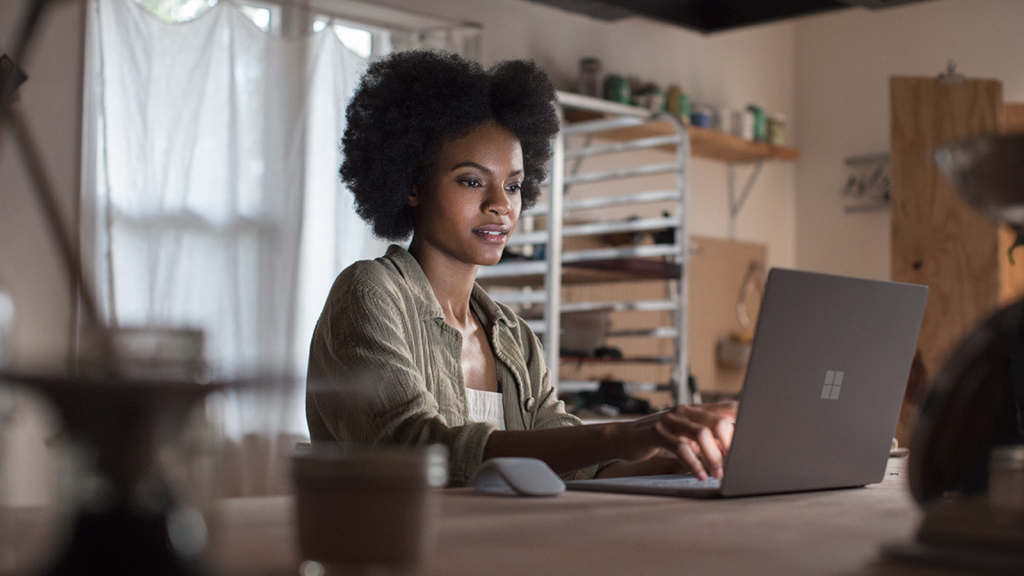 Microsoft has updated its Edge browser in Windows 10 so that it uses the Chromium browser as its base.

This means it behaves far more like Google’s Chrome and adds plenty of feature that the original (now called legacy) Edge lacked. It is – in our opinion – the best default browser for Windows yet and well worth trying out.

Microsoft has since announced that the previous version of Edge will officially be removed on all Windows 10 devices and replaced with the new one on 13 April 2021. But can you remove the new Chromium-based Edge too, and more importantly, should you? Here’s all you need to know about uninstalling Edge on Windows 10.

Should I uninstall Edge from Windows 10?

This will be apparent to anyone who tries to use the usual uninstall methods in Settings or Control Panel, as the option to remove Edge simply isn’t there.

You can of course, get around this restriction but it could be a self-defeating thing to do, as there’s no telling what features or underlying code requires Edge for other parts of Windows to work. After all, the OS fully expects the browser to be there, so removing it against the wishes of Microsoft could end up breaking something further down the line or causing issues with Windows updates.

How do I change the default browser in Windows 10?

A much easier way to remove Edge from your life is to delete any shortcuts to the app on your desktop then switch the default browser to one you prefer. There’s no shortage of great options available, as you’ll find in our roundup of the best web browsers, and the process is very simple. In fact, here’s how to change the default web browser.

Before you discard Edge, we recommend you spend some time trying it, as it’s actually a very good update to the previous iteration. The switch to Chromium enabled Edge to make use of the huge array of extensions found on Chrome, not to mention the fact that it’s fast, has a clean design that fits well with Windows 10, and is also available on Android and iOS, so your settings and bookmarks will be available no matter which device you’re using.

But, if you really are determined to eradicate the browser from your system, you can always use the PowerShell route outlined below.

How to remove Edge from Windows 10

Uninstalling Edge takes a bit of effort and you should know that you’ll only be getting rid of the Chromium version of the app, with the legacy edition being left in its place. Of course, you can always delete that afterwards if you really don’t like Edge.

To accomplish this, go to the Start Menu and type in powershell. You’ll see an app called Windows PowerShell appear at the top of the list. Right click on this and select the option Run as administrator to be able to use the uninstall command later on. You’ll also have to give permission for the app to make changes to your device, so click Yes. 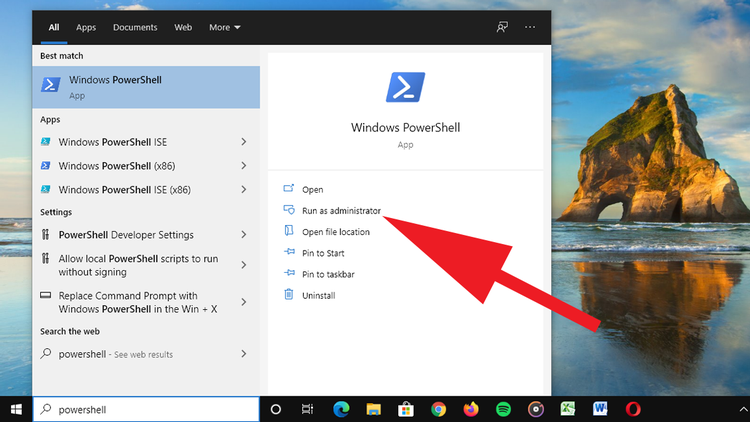 At the command prompt, enter the following command; 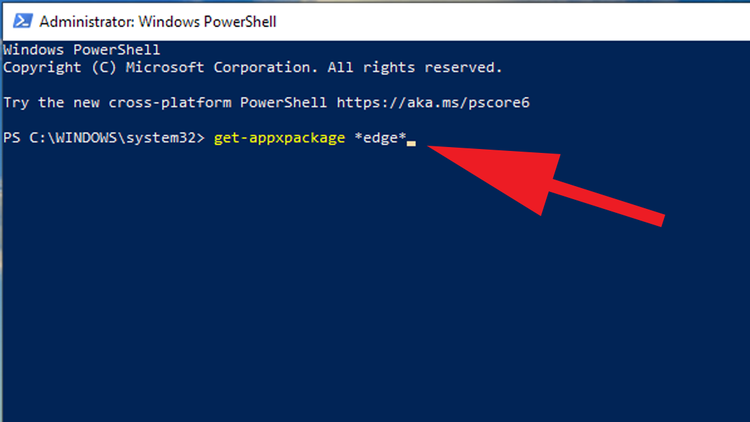 You’ll see a list appear with headings on the left and then the data on the right. Find the heading ‘PackageFullName’ and copy the details to the right of it.

Finally, enter the following command at the prompt; 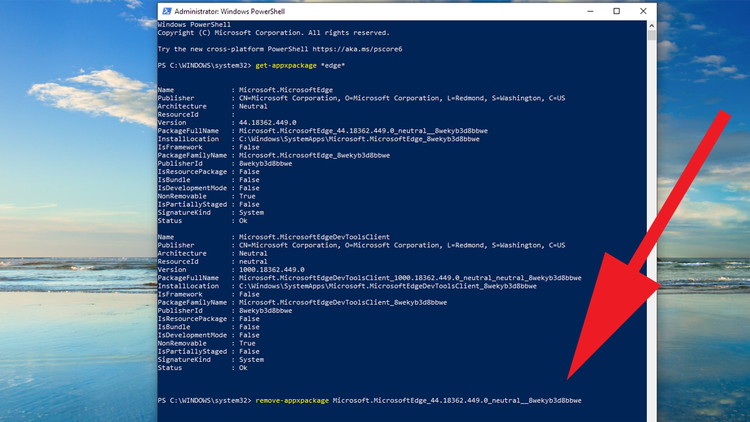 Then press the enter key and the process should be complete. Bear in mind though, that in future Windows 10 updates, the system may well reinstall the app once more.

For more ways to get the most out of your system, take a look at: