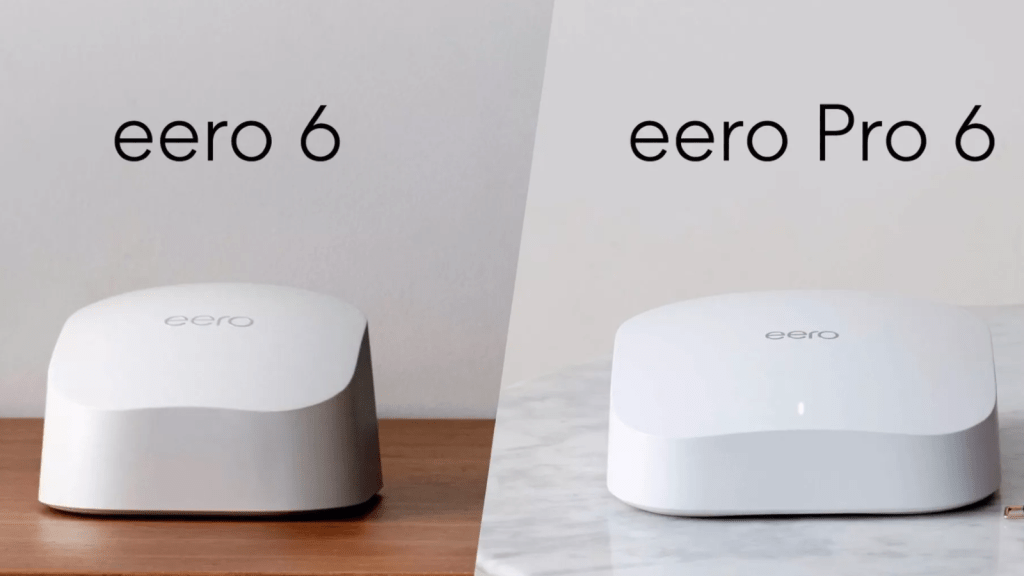 Having a reliable home internet connection is more important than ever, and Amazon-owned Eero launched the Eero 6 and Eero Pro 6 back in November in the USA.

The Eero 6 (but not the Pro version) is now on sale in the UK after a five month wait.

In the US, the the Eero 6 router costs US$129 and a three-pack including two extenders is US$229. Additional extenders will set you back US$89.

There’s an extra option of an Eero 6 three-pack with three routers (not 1 plus 2 extenders) which costs $279, but this isn’t available in the UK yet.

The company’s latest mesh Wi-Fi systems adds support for Wi-Fi 6, the latest standard for wireless connectivity. This enables faster speeds, and the kit supports up to 75 devices simultaneously.

The router has two Ethernet ports – one for connecting to your existing router for an internet connection, and the other for wired devices such as PCs. If you need more ports you can buy an Ethernet hub. Note that the extenders have no Ethernet ports, so you can only connect Wi-Fi devices to them.

The main difference between the two kits is the speed on offer. Amazon says the Eero 6 will give you – on average – 500Mbps around your home, but the Eero Pro 6 can deliver 1Gbps.

That’s because the Pro kit is a tri-band system that uses two 5GHz channels and one 2.4GHz. The standard Eeero 6 is a dual-band kit that lacks the extra 5GHz channel for ‘backhaul’ communication, instead having to use the same radios to communicate with each other and deliver an internet connection to your devices.

If you want faster speeds and more coverage, you may want to wait for the Eero Pro 6 to launch in the UK. No release date has been announced.

The other key upgrade on the Eero 6 range (compared to the original Eero) is a built-in Zigbee hub, which allows you to pair and control a range of Alexa-enabled smart home tech with your voice. Previously, the hub was only available as an additional accessory. Don’t forget though that a good few Amazon Echo devices have Zigbee hubs in them too.

Alongside the kits, Amazon also offers Eero 6 extenders, designed to be added to your existing Eero setup. All three new products are compatible with previous generations of Eero hardware.