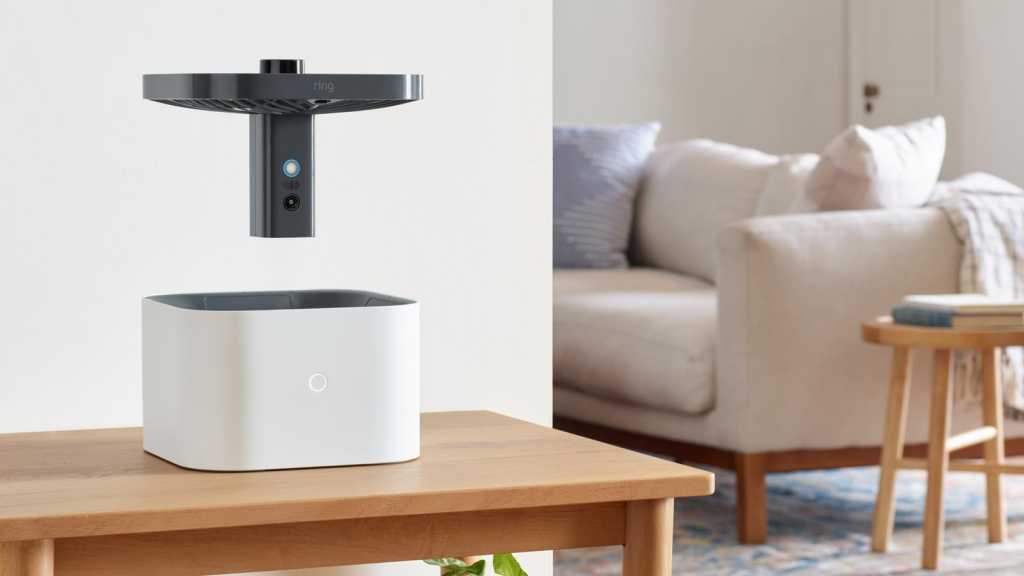 One of the problems with security cameras, even if they’re easy to move from room to room, is that they point at one spot. Almost none of the models from the big names – including Nest – include pan and tilt, so you’re limited to digital zoom.

Ring founder and ‘chief inventor’ Jamie Siminoff explained in a blog post that customers frequently complain that even if they have multiple cameras, they often can’t see the view they want, such as to check if they left a window open.

The Always Home Cam solves this by flying around. It only records when flying, and the camera lens is blocked by the charging dock to ensure privacy.

When is the Ring Always Home Cam release date?

The $250 device was announced at Amazon’s devices event a year ago, and at the 2021 event, Siminoff revealed that it was now available for purchase. In fact, you can’t just head to Amazon and buy one: you have to apply for an invite to purchase. Amazon says invites will start being granted “later this year”.

What are the Always Home Cam’s features?

The device is essentially a drone with enclosed propellers with a camera hanging underneath. It builds a map of your home and creates pre-set paths which it can fly along.

You also have full control over where it can and cannot fly in your home, and there’s obstacle avoidance so it doesn’t hit anything when navigating those paths.

It can’t be manually controlled and in normal use, it will fly to the room in which a connected Ring Alarm sensor had been triggered, then fly back to the dock after recording the video evidence.

You can see the live video feed after getting the alert from the alarm system in the Ring app. You can see how it works in the video below.

In the meantime, these are the best home security cameras to buy.