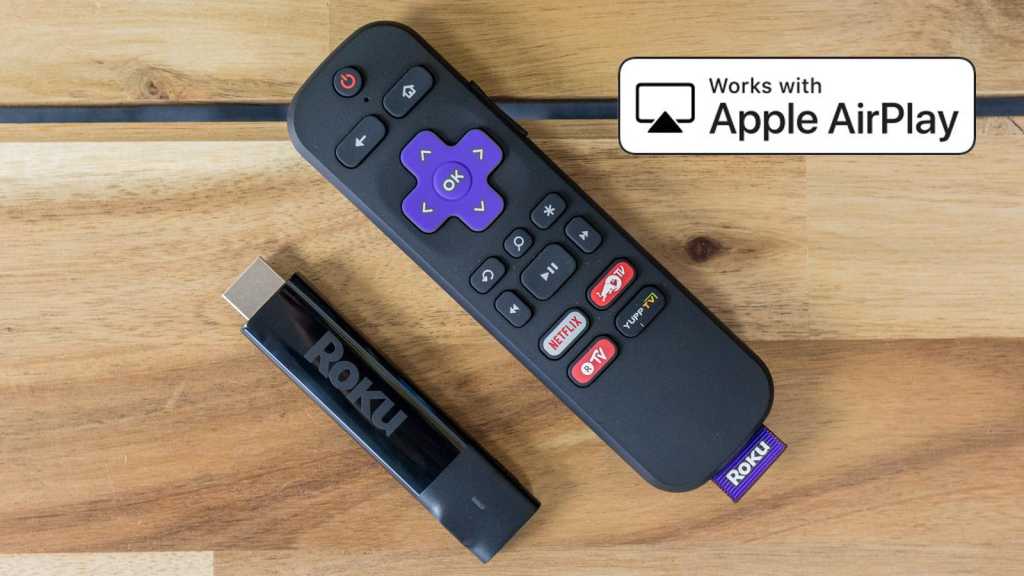 Two big announcements from Roku today look to help the brand cement its position as the number-one streaming platform in the UK and US, and improve its value proposition.

It’s hitting a first by adding Apple AirPlay 2 and HomeKit support to its entire streaming device line-up, which will make Roku the only platform of its type to build in support for Amazon Alexa, Google Assistant and Siri.

This functionality will roll out over the next few months, before year-end.

The other big announcement is the new Roku Streambar: an all-in-one Roku streaming device and soundbar, which will go on sale by the end of October in the UK, US, Canada and Mexico. (Read our review of the Roku Streambar.)

This means there are now four Roku streaming devices on sale in the UK, all with support incoming for Apple AirPlay 2, from the £29.99 Roku Express and £39.99 Roku Premiere to the £49.99 Roku Streaming Stick+ and £129 Roku Streambar. There’s also the Hisense Roku TV, available from £299.

For those unfamiliar with the concept, Roku media-streaming devices can connect to any TV over HDMI and add smart functionality. Roku competes with the likes of the Amazon Fire TV Stick, Google Chromecast and Apple TV, but its devices are less restricted in what content they can serve up, with more than 150,000 movies and TV shows available on-demand.

In essence it’s an all-in-one content hub, and its service-wide search function makes it simple to find and begin streaming the content you want to watch in seconds.

What does AirPlay 2 and HomeKit support mean for Roku?

If you own an iPad, iPhone or Mac you are probably already familiar with AirPlay. This is Apple’s own streaming protocol, which makes it possible to stream audio or video from your phone, tablet or computer to a compatible speaker, TV or other AirPlay device over Wi-Fi – as you might over Bluetooth, but with better range.

AirPlay 2, which was introduced with iOS 11.4, lets you stream audio to multiple devices at once, opening up the possibility of multi-room audio. It is backwards-compatible, so will also work with older Apple devices.

With HomeKit support also coming to Roku, you’ll now be able to use the Home app or Siri on your iPhone, iPad, Mac, Apple Watch or HomePod to control your TV and what’s playing on the Roku.

Roku believes TV is for everyone, and with support for Amazon Alexa, Google Assistant and now Siri, phone- or tablet-powered voice operation of its streaming devices can be achieved by the vast majority of its users.