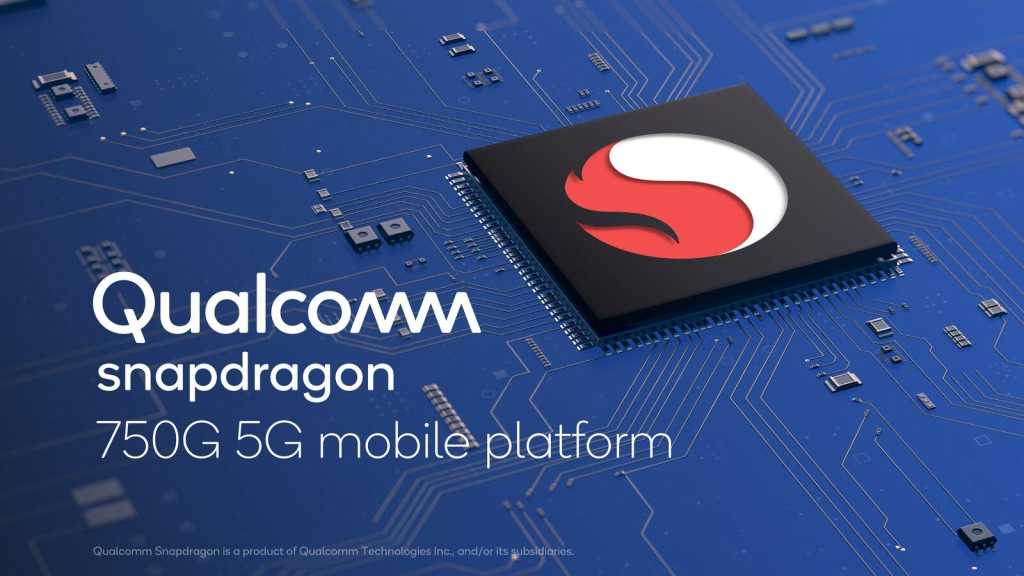 While fans continue to wait for concrete news regarding the next-generation flagship Snapdragon processor, Qualcomm is doubling down on its commitment to the premium-but-not-flagship space with yet another 5G-enables 7-series chipset: the Snapdragon 750G.

Expected to appear in devices later this year – so far only Xiaomi has committed to producing a phone using it – the 750G will support 120Hz refresh rate displays, 4K HDR recording & playback, and up to 12GB of RAM.

5G is handled by the X52 modem, with support for both mmWave and Sub-6 GHz frequencies. And if you’ll forgive the oncoming onslaught of jargon, it also supports both SA and NSA, TDD, FDD, DSS, global roaming and multi-SIM systems.

Like the 765G and 768G before it, the 750G prioritises gaming features in addition to its 5G support. The company touts improvements of 20% in CPU performance and 10% in GPU performance compared to the Snapdragon 730G.

There’s also a 20% boost to machine learning performance – increasingly important as smartphone manufacturers continue to push AI features in cameras and beyond.

We’re going to launch a new 5G smartphone this September and it will start from £2XX! As a new member of our #Mi10 Series, it will be the first to feature an upcoming brand-new Qualcomm Snapdragon 7-Series 5G Mobile Platform. Amazing value for money to allow #5GForEveryone! pic.twitter.com/YUhOVM0Bpg

“Xiaomi is committed to developing cutting-edge devices to address the growing consumer demand for 5G,” said Quanxin Wang, Xiaomi’s general manager of product and technology. “We are proud to work with Qualcomm Technologies to launch the first commercial smartphone based on the latest Snapdragon 750G to consumers.”

The 5G 7-series chips have so far proved successful for Qualcomm, with devices as varied as the cutting-edge new LG Wing and the budget-friendly OnePlus Nord using the Snapdragon 765G. The company says that so far 140 devices have either been released or are being developed using a 5G 7-series chip, to go along with over 165 devices using the top-tier Snapdragon 865 and 865+.

For phones even cheaper than Xiaomi’s new Mi 10, Qualcomm already has the Snapdragon 690 5G and has already promised that next year we’ll see the company’s first entry-level 4-series chipset with 5G support.

Within the next 12 months it’s likely that most budget phones will come with 5G support, though we’re still seeing the likes of Xiaomi’s Poco sub-brand push other specs up at the expense of 5G in phones like the new Poco X3.

For more 5G devices, check out our ranking of the best 5G phones right now.