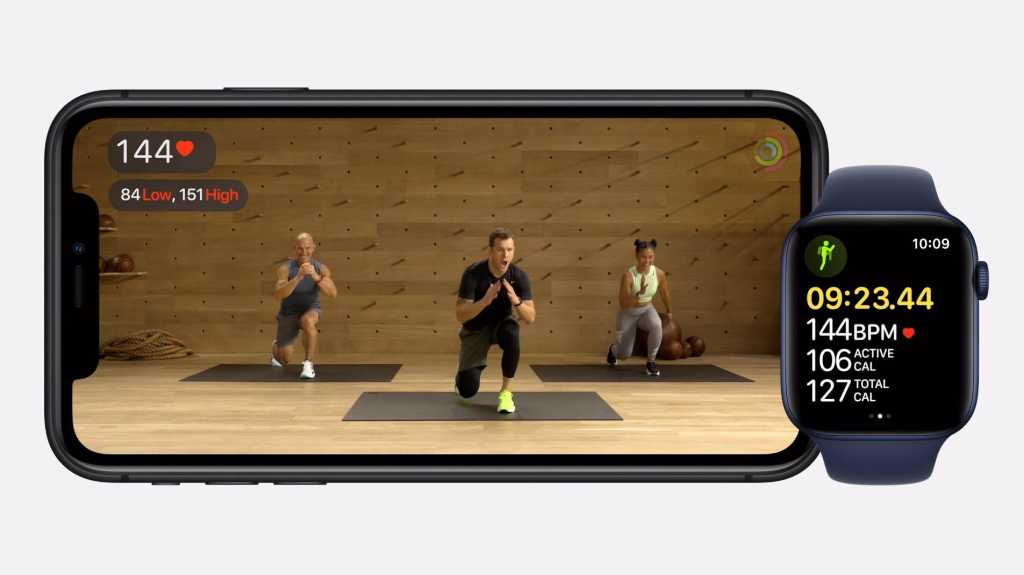 Apple Watch users will soon be able to subscribe to a new service called Fitness+. It builds on the workouts that are already possible with the Watch by making use of your iPhone, iPad or Apple TV to display workout videos and stats from your Watch on a bigger screen.

The service costs £9.99/$9.99 per month or £79.99 / $79 per year and buying a new Apple Watch (Series 3 or later) will get you the first three months free. Existing owners can trial it for one month. The subscription can be shared with up to five other family members.

It is similar to the rival Fitbit Premium, which is slightly cheaper in the UK at £7.99/month. Find out more about the fitness. and health smartwatch battle of Apple Watch vs Fitbit.

Initially, workouts will include yoga, cycling, treadmill, dance, strength, core, HIIT and rowing, delivered by ‘world class’ trainers and will have well-known music playing in them.

So far so ordinary, but the key difference is that the stats you normally see on your watch face will be shown overlaid on the big screen so you can track your heart rate, exercise rings and more. There’s also a ‘Burn Bar’ which you can turn on or off and which  shows how you’re doing compared to anyone who has done the same workout previously. 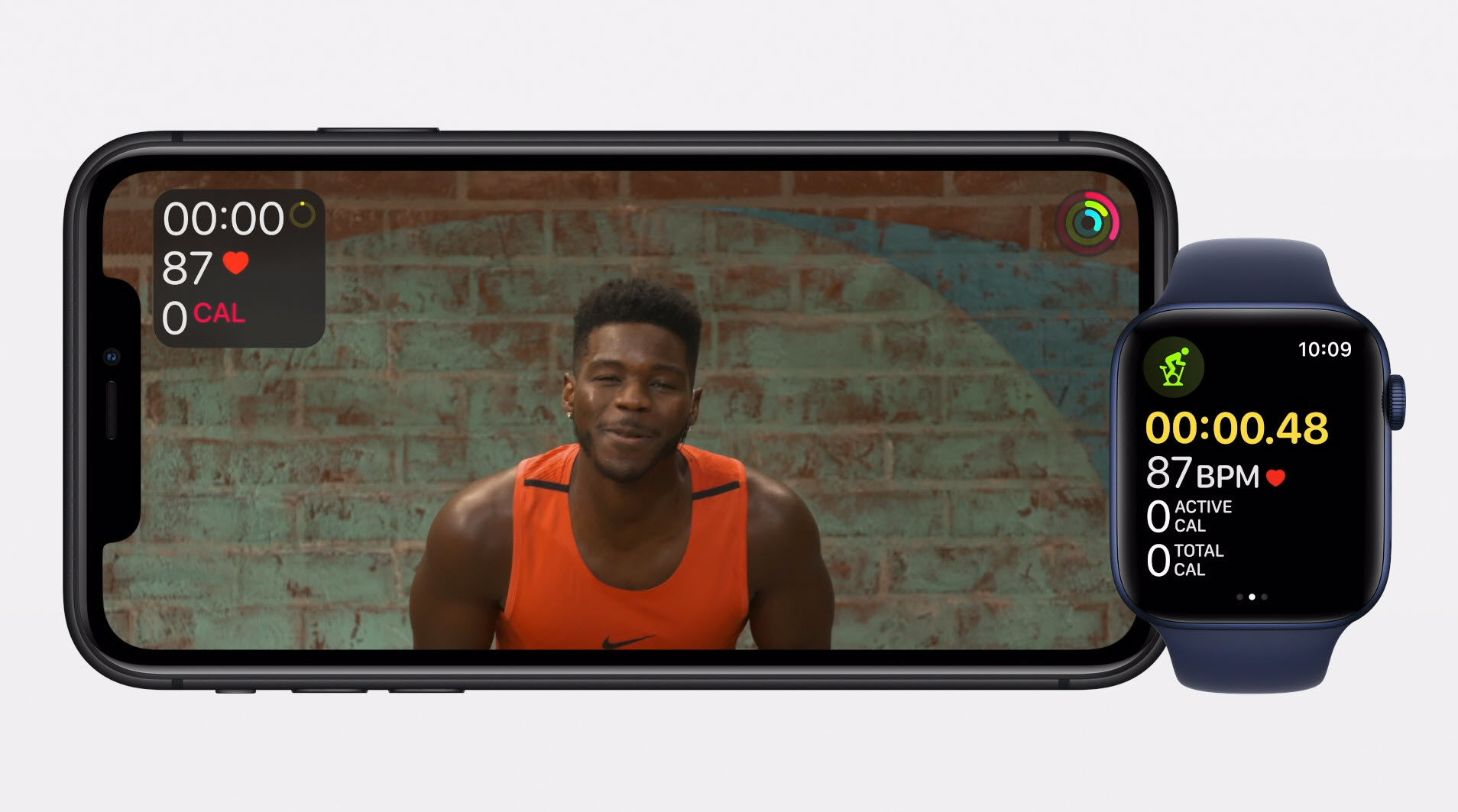 The system uses a custom recommendation engine, which is all processed locally on your devices, to suggest other workouts you might want to do and there will be new workout videos each week, so you don’t have to repeat the same ones week in, week out.

In the new Fitness app on your iPhone (and also soon to be available on iPad and Apple TV), you can filter by workout type, trainer, duration, or music style.

If you also subscribe to Apple Music, you can save tracks you like to listen to later.

When you start a workout video, your Watch will automatically start the correct workout type.

For those not used to working out there’s also an Absolute Beginner course that shows the basics and prepares you for the workouts proper.

You can use any brand of gym equipment, but on a GymKit-enabled machine you can tap your Watch to connect it and sync them up so you see the same stats on your watch and the equipment.

When the service launches in ‘late 2020’ it will be available in the US, UK, Australia, Canada, Ireland and New Zealand. Find out more on Apple’s website.