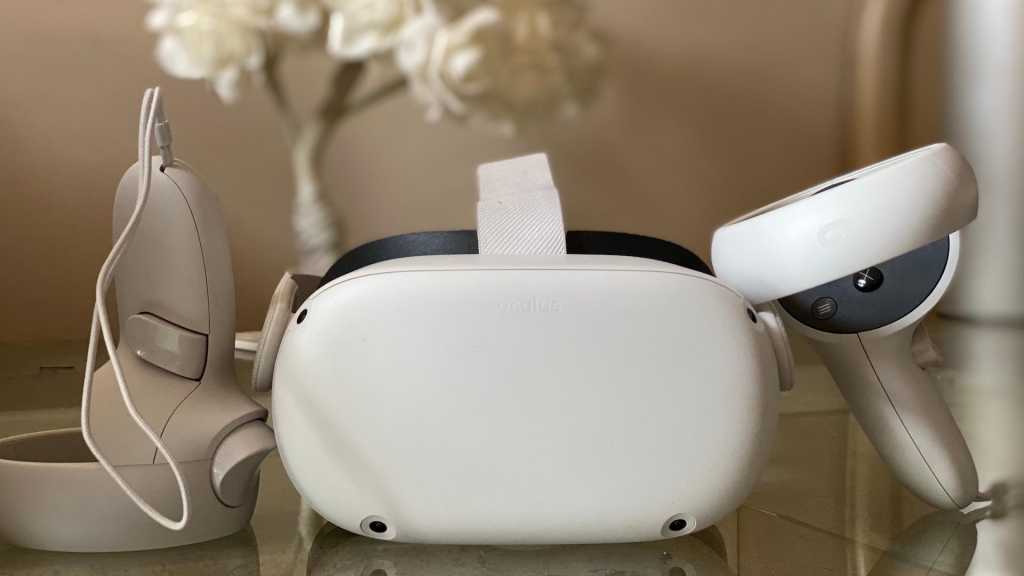 The Oculus Quest 2 – well, technically the Meta Quest 2 now, but that’s semantics – is probably the best virtual reality headset in years, thanks to a winning combo of portability, power, and price.

Even better, since it’s a standalone headset you don’t need an expensive gaming PC or console to power the VR – the Quest 2 just works, which makes it a perfect first VR purchase.

While the Quest 2 headset got a $100/£100 price hike in July 2022, making it more expensive than ever, a new limited-time deal from both Meta itself and third-party retailers knocks up to $70/£70 off the headset and bundles it with two games.

With that in mind, here’s our hand-picked selection of the best Quest 2 deals this December in the run-up to Christmas.

How much does the Oculus Quest 2 cost?

Not only do you get money off the headset itself, but you’ll get a free copy of Beat Saber and Resident Evil 4 VR, two of the most popular VR titles for the standalone headset. Considering the two games combined retail at $70/£53 on the Quest Store, it’s a pretty impressive deal for prospective owners.

There’s no word on when the deal will end, so if you’re tempted, you’ll have to act quickly. It’s available at the following retailers in the UK & US:

Is the Oculus Quest 2 better than the Quest?

The simple answer is yes, but see our review to find out why.

The Quest 2 is 10% lighter, more comfortable, and offers an improved display with over 50% more pixels than the original Quest. This translates to a bright, detailed experience with nearly 2K resolution per eye.

The refresh rate also gets a boost to 90Hz from 60Hz, along with controllers that last four times longer than the batteries on the original.

More importantly, Oculus has simplified the IPD (or Interpupillary Distance) adjustment. The IPD measures the distance between your pupils to calculate a 3D effect that’s believable. Users can now quickly choose the setting that works best out of three options.

Of course, if you’re looking at how to buy the Quest 2, you probably know most of this, but see our full guide to the Quest 2 and the best Quest accessories if you want to know even more. For more future-facing tech, take a look at the latest Meta Quest Pro news and the latest Meta Quest 3 rumours too. We’ve also got the top Oculus Quest 2 tips and tricks for those wanting to get the most out of their headset.