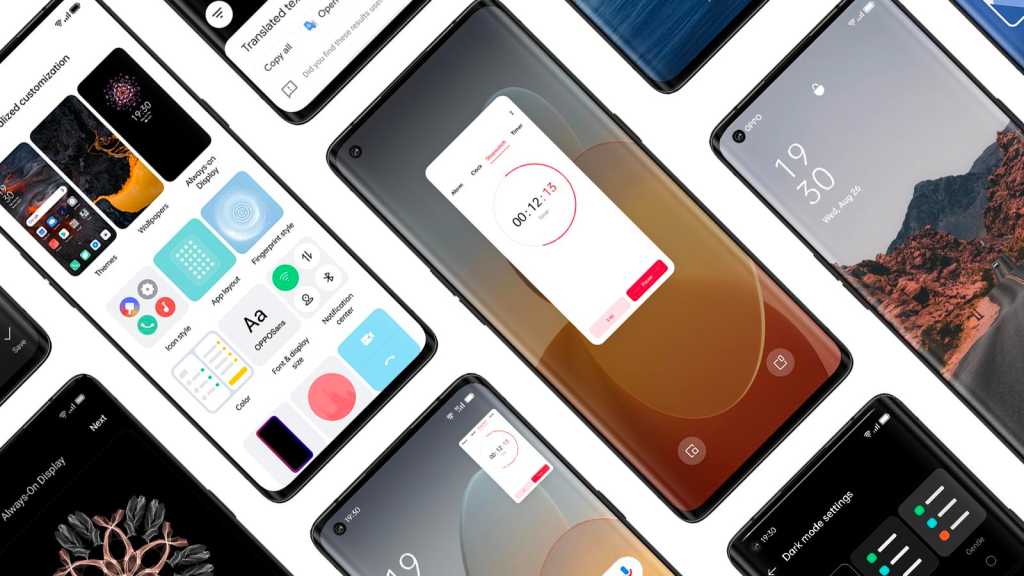 Less than a week after Android 11 officially launched, Chinese phone maker Oppo has announced that the latest revision of its own Android-based user experience – ColorOS 11 – is coming to smartphones starting this year.

Those who are keeping count may notice that the latest revision of Oppo’s platform has skipped a few digits but much like Huawei did when moving EMUI 5 to EMUI 8, this is to bring the UX’s numbering in line with the version of Android it runs upon, so as to minimise confusion.

While not quite ready for prime time, Oppo has outlined the fundamentals set to grace ColorOS 11, which are comprised of both established additions to the underlying Android 11 release, while some features are unique to ColorOS.

What features does ColorOS 11 offer?

Oppo says ColorOS 11 primarily focuses on ease of use and creating a more approachable user experience for a global audience; early incarnations of ColorOS tailored specifically for a Chinese audience didn’t translate all that well once the brand branched out internationally.

Here’s a rundown of the best new features coming in ColorOS 11:

Oppo is continuing to pull back on customising the look and feel fo ColorOS, so that while it still offers its own distinct flavour of Android 11, it’s more familiar to those who are used to near-stock takes on the user experience; as found on the likes of Google’s Pixels or Motorola’s current phone line.

Aspects like the navigation gestures, the latest iteration of dark mode and new privacy options all sit on a foundation of Android 11’s interpretation.

Dark mode can also now be scheduled to automatically engage and disengage at set times, or tied to sunrise and sunset.

ColorOS 7 introduced partial screenshot functionality, letting you capture only a section of what’s on-screen by dragging three fingers downward to create a bounding box in which everything inside was captured.

In ColorOS 11, any text inside that bounding box can now also be translated, with a new button that appears at the bottom of the UI when using the three-finger screenshot feature.

In terms of supported languages, Oppo says that as long as Google Translate (which presumably powers the feature) supports the language, you can translate on-screen text using this new feature.

You’ll soon have the option to add new custom always-on displays. As well as choosing the colour, there will be the option to choose from a set of pattern tools which you can then draw with on-screen to create your new custom animated AOD.

Oppo introduced its ‘Oppo Relax’ white noise app as part of the last iteration of ColorOS. In version 11 its introducing Oppo Relax 2.0. The main addition of content from the ‘Sounds of Cities’ Project by Music City.

From Bangkok to Reykjavik, to Tokyo, you’ll be able to ‘travel’ through major cities across the world by enjoying specially recorded ambient sound of each location’s unique audioscape.

Oppo’s adding the ability to easily make your own ringtones into ColorOS 11, using a specialised sliding grid user interface.

You can choose between ten customisable tones and then tweak aspects of the sound; such as the instruments used, the rhythm and the tone. By sliding your finger across the on-screen grid you control the sound and ultimately are able to compose an original ringtone in moments.

Other additions in ColorOS 11

Greater icon customisation option – expanding on what was introduced in ColorOS 7, with regards to icon shape and size etc.

Notifications in quick succession will now vary in tone in order to sound less annoying.

Customisable abstract wallpapers that can be generated using your photos.

FlexDrop floating windows will be resizeable too (coming to ColorOS 11 in October).

The Google feed (usually a swipe right from the main home screen) will be reinstated (but not at launch).

Which devices are getting ColorOS 11?

While Oppo is running a beta program to allow eager Oppo users to trial ColorOS 11 as early as possible, GDPR prevents the company from offering beta access to users in countries covered by GDPR regulations.

This means that those in affected areas will have to wait a little longer to get their hands on ColorOS 11 but will receive a stable build from the off, instead of a beta build.

Note: Those with fully-unlocked Oppo devices that aren’t carrier bound will be able to partake in beta access, even within GDPR countries, so long as they acknowledge that device data may be shared with Oppo in order to develop ColorOS further and identify issues/bugs.

The Oppo Find X2 Lite and Oppo Find X2 Neo should receive an upgrade to ColorOS 11 during the first quarter of 2020.

Beyond that, Oppo has also confirmed that the following devices will receive an update to ColorOS 11 but haven’t set a specific time frame as if yet: