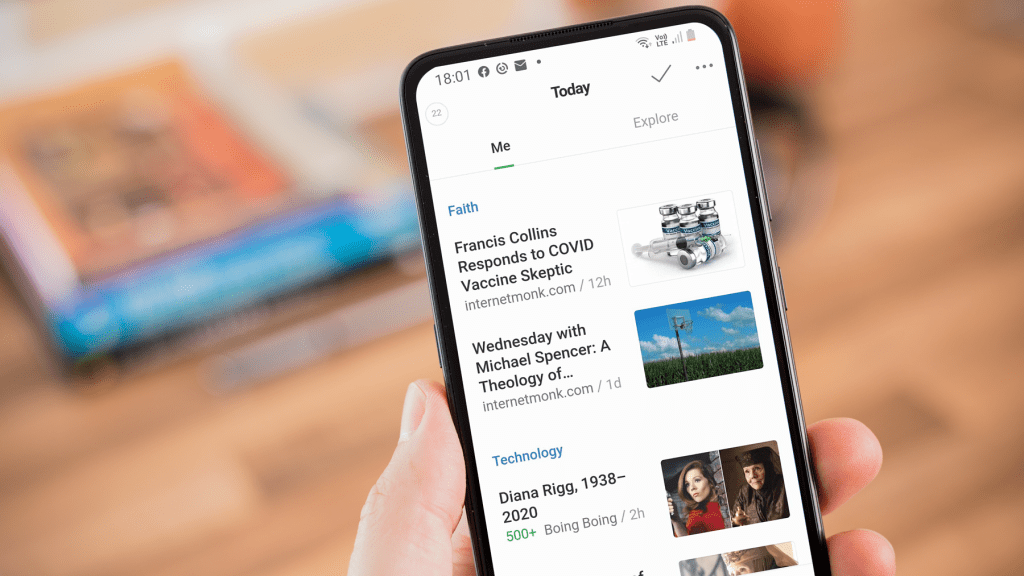 In these days when most people get their news from Facebook, Twitter, Google News, Apple News or similar services, RSS feeds have become something of a forgotten son in the world of technology.

It wasn’t that long ago that these feeds were a vital part of a daily digital routine, automatically gathering together all our favourite bloggers and stories from mainstream sites. So, what is an RSS feed and what happened to them?

It stands for Really Simple Syndication and the principle behind RSS is quite a simple one. Using an RSS reader, usually an app or a website, you can see all of the new posts from your favourite sources appear in one place. Essentially it’s like creating your own custom news site, but rather than relying on what’s deemed popular with other people or the approved sources offered by services like Google News and Facebook, you hand pick which writers have their work brought before your eyes.

To do this, you subscribe to the RSS feeds on their sites, which either involves clicking a square orange icon with what looks like a tilted Wi-Fi signal inside or copying and pasting the provided XML code into your reader app. Then, whenever the blog or website posts new material it will automatically appear in your app where it can be read at your leisure.

While it’s not exactly dead, there’s no argument that the RSS glory days have long since passed. When Google decided to retire its Google Reader service back in 2013, this seemed something of a death knell for RSS feeds in general. If the world’s largest organiser of information deemed the app surplus to requirements, then this surely meant that there just wasn’t enough interest from the public to make it a viable concern.

But things didn’t quite go that way. New apps such as Flipboard showed how RSS could be used to create beautiful, magazine-style layouts, bespoke to your particular news tastes, while Feedly took over where Google Reader left off.

Of course, with social media sites becoming the main way that people share stories, plus apps like Instapaper and Pocket coming along and allowing users to save articles they saw online for later reading, not to mention the same features appearing in many browsers, RSS will never be a central part of news gathering again. But that doesn’t mean it can’t be an excellent augmentation to the more curated content offered by the popular news services.

Well, here’s where one of the main uphill struggles for RSS users appears. Many sites still have RSS feeds available, but not all. Plus, while they used to be prominently displayed, these days you may find it necessary to hunt around for the RSS feed.

One good thing is that bigger sites tend to break feeds down into sub-categories to avoid swamping your inbox. So, if you want all the news then you might need to subscribe to several feeds. For example, if you want to follow the latest stories on Tech Advisor then you can visit https://www.techadvisor.com/rss/ where there are various feeds available for the different areas of the site, including News, How To, Reviews and others.

Why should I bother with RSS?

It’s a fair question. We have so many ways to access news and blog posts, that RSS can feel a little antiquated. But, with some RSS readers now incorporating podcasts, YouTube channels and other media, it can be a great way to control the information you consume, rather than have it handed out by large corporations who could well have editorial ideologies of their own.

A selected stream of news and interesting articles, podcasts and videos can be a refreshing change to the algorithm-based onslaught that most of us face every day on Facebook and other social media services. There’s also the bonus of cutting down on the amount of time we can waste just clicking through sites, following the endless suggestions that suck away at our days. 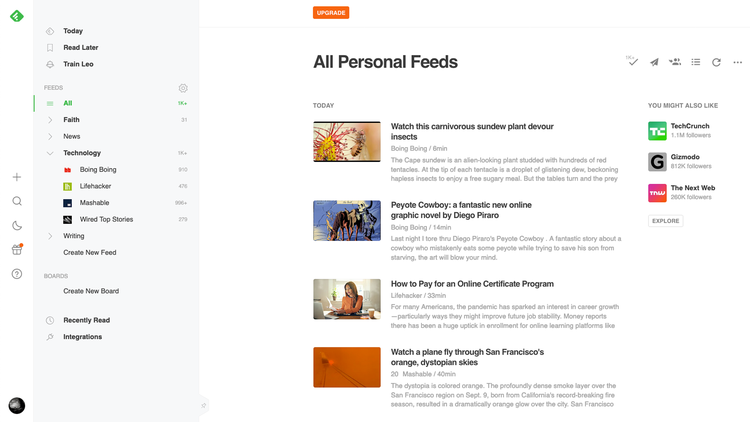 Feedly offers a free tier where you can experiment with the various content it collects, so if you’re tired of all the darkness and dystopian coverage that dominates the newswire at the moment, maybe taking time to carefully put together a more considered feed could help make things all a little more bearable.

For more ways to free yourself from the grip of coroporate news and maybe help some others do the same, why not create your own site instead? Our guide to the best web hosting services is a great place to start.