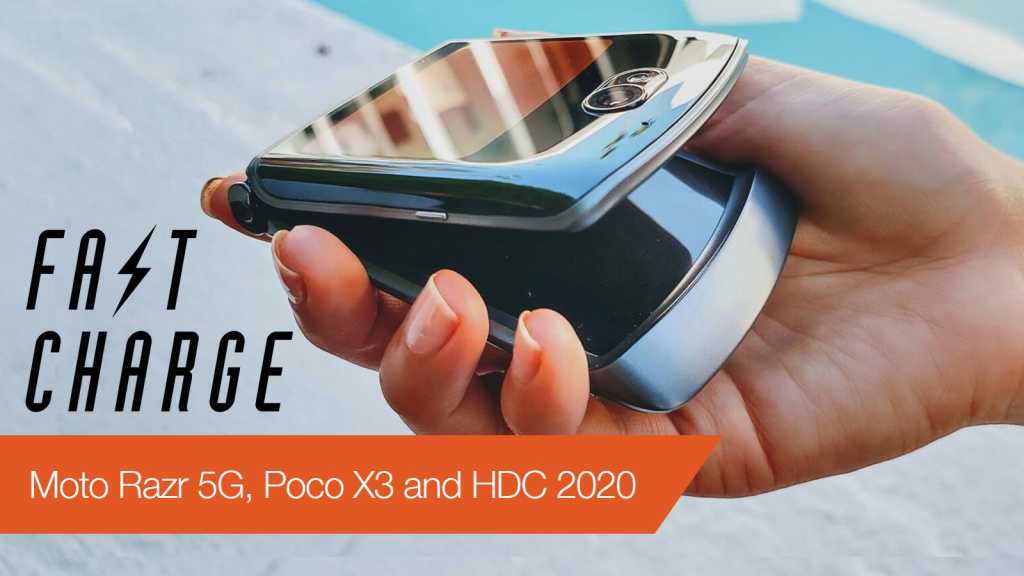 This week on Fast Charge, Dom Preston, Alex ‘Toddy’ Walker-Todd, and Chris Martin give their thoughts on the new Moto Razr 5G, the budget Poco X3, and everything announced at the Huawei Developer Conference.

The Moto Razr 5G is an upgraded version of the company’s retro foldable, with improved specs and obviously 5G support. It’s still pricy, and still pretty mid-range really, but that hasn’t stopped Chris really wanting one.

At the other end of the spectrum the Poco X3 is as budget as it gets, starting from just £199, but it still delivers a 7-series Snapdragon, 120Hz refresh rate, and a 64Mp camera – thanks in part to the smart decision to ditch 5G.

Then there was the Huawei Developer Conference, which saw the launch of new MateBook laptops, FreeBuds Pro headphones, and the Watch GT 2 Pro, among others. More excitingly, Huawei gave us a first look at the new features in EMUI 11 and teased its own HarmonyOS phones to come in 2021.

If you prefer to listen rather than watch, subscribe to Fast Charge on Spotify or Apple Podcasts.