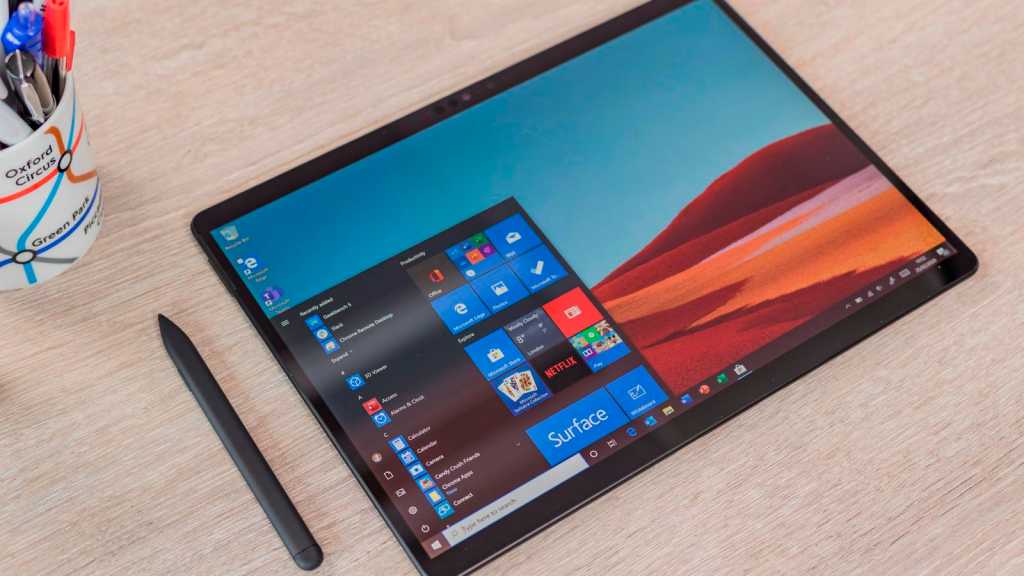 When you think of tablets, what first comes to mind? With regards to technology, Apple’s iPad will probably be the first thing you think of.

There’s a reason for that. Apple arguably popularised the tablet with the release of the original iPad in 2010, and it has remained the market leader ever since. Android tablets have come and gone, but it’s only recently that the likes of Samsung and Huawei have produced credible alternatives.

There are plenty of Windows devices in this form factor, but you probably won’t be considering them for their pure tablet experience. Simply put, the software holds it back.  Windows has always been a desktop operating system first and foremost, and adapting it to support touch input is a significant challenge.

Microsoft went some way to addressing this with the addition of tablet mode in 2015, but the experience still falls well short of what you’ll find on an iPad or Galaxy Tab. As such, it’s no surprise that almost all Windows 10 tablets come with optional keyboard cases, or at least pen/trackpad support.

In its current iteration, tablet mode provides a full-screen Start Menu, taskbar navigation buttons and the native running of apps in full screen.

New features continue to be added, as Microsoft strives to create a more intuitive user experience. The next update will redesign the on-screen keyboard, adding GIFs and emojis and improving the voice typing experience.

However, plenty of frustrations remain. Finding out the time or adjusting quick settings is extremely fiddly, while many apps are not optimised to support touch input. The on-screen keyboard was another major gripe, so hopefully the upcoming changes will improve its usability.

There’s little more Microsoft can realistically do with tablet mode, without spinning it off into a separate operating system. Apple has managed it the other way, with iPadOS heavily based on iOS, but it feels more difficult to go the other way.

Taking tablet mode to the next level would probably require a dedicated team separate from the rest of Windows development, something that Microsoft is probably reluctant to do at the moment.

Want to make the most of the tablet-like features in Windows 10 now? Here’s how to use tablet mode on Windows 10.