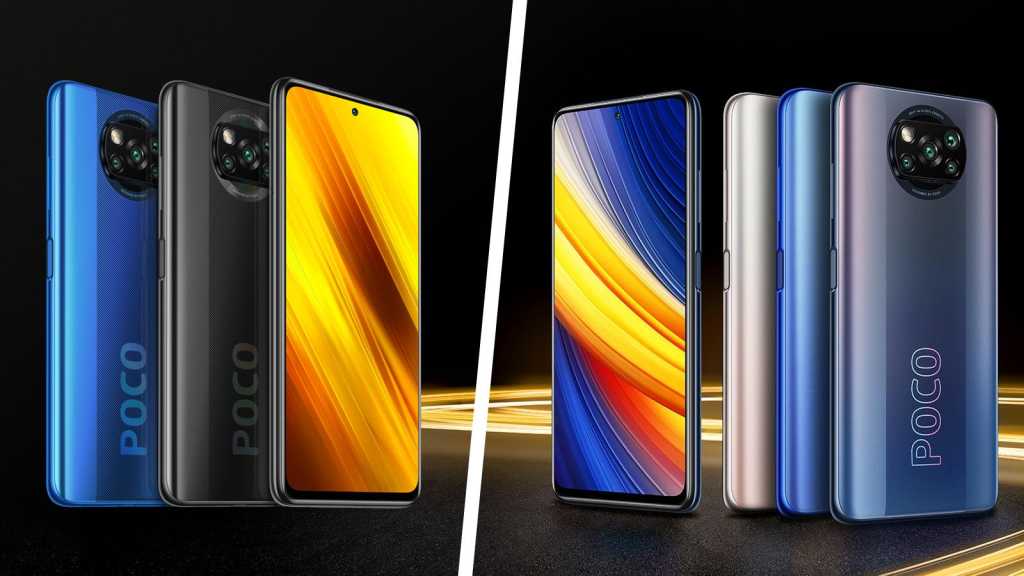 Xiaomi launched the Poco X3 NFC at a virtual launch event on 7 September 2020 and it went on sale in the UK shortly after. Before long, we had a sample in for review and proudly declared it the best budget phone you can buy. It hasn’t been beaten yet.

But now Xiaomi has released an upgrade in the X3 Pro, which officially went on sale as of 12 April, 12pm. Early bird pricing slashes up to £30 off the devices (see pricing section below).

The X3 Pro improves on the X3 NFC in a few ways, though most notably, in the Snapdragon 860 chipset, which makes the X3 Pro the most powerful 4G budget phone on the market. The Poco X3 NFC in comparison operates on the (still very capable) Snapdragon 732G chip.

While 5G connectivity is still missing on the X3 Pro, we don’t think that’s a bad thing. Xiaomi compensates by adding it to the Poco F3, which launched alongside the X3 Pro.

The X3 Pro offers higher RAM and storage configuration, with up to 8GB RAM and 256GB storage, while preserving the headlining features from the X3 NFC. You still get the massive 5160mAh battery, 33W fast charging, and the 120Hz refresh rate on a 6.67in LCD screen – and, most significantly, the same price!

The Poco X3 Pro is available in two configuration with prices as follow:

Early bird pricing until 20 April reduces prices by up to £30:

Where to buy the Poco X3 Pro

The Poco X3 Pro is available to buy from directly from Poco and from Amazon, where you can also get the £30 early bird pricing.

Like the Poco X3 NFC, it’s unlikely we’ll see the phone available from contract providers in the UK. We’ll update this article if that changes. In the meantime, check out our round-up of the best SIM-only plans.

How much does the Poco X3 NFC cost?

The Poco X3 NFC is available in two configurations. Here are the prices at launch:

You can pick the phone up in Shadow Grey or Cobalt Blue.

The Poco X3 has been frequently discounted since launch. Right now you can get £80 off the 128GB variant directly from Xiaomi. Here are the current prices on both models from Xiaomi and Amazon:

While Xiaomi has the lower price on the top-spec model, there are other attractions to buying through Amazon, including fast (often same or next-day) delivery via Prime and the ability to trade-in your old phone to put towards the cost.

However, this isn’t the cheapest price we’ve found. You can currently buy the 6GB/128GB variant from AliExpress from just £166.50 at the time of writing, although it’ll have to be shipped from China. An additional £5’New User Coupon’ is available if you haven’t used the site before, and there are also discounts if you bundle the phone with cases or wireless earbuds. Delivery costs £6.30, and takes much longer – the listing suggests shipment to the UK will take a few weeks.

The other option to consider is eBay, but be mindful that all the products listed are from individual sellers. Pay using PayPal if at all possible, and if anything looks too good to be true, it probably is.

Should any further retailers stock the phone moving forward, they’ll be displayed below.

Can you buy the Poco X3 NFC on contract?

Unfortunately, none of the major carriers in either the UK or US are currently offering the phone on contract, so all versions available above are unlocked and so should work with your existing UK SIM. We update this article if the situation changes.

Check out more of the top tech deals this week.