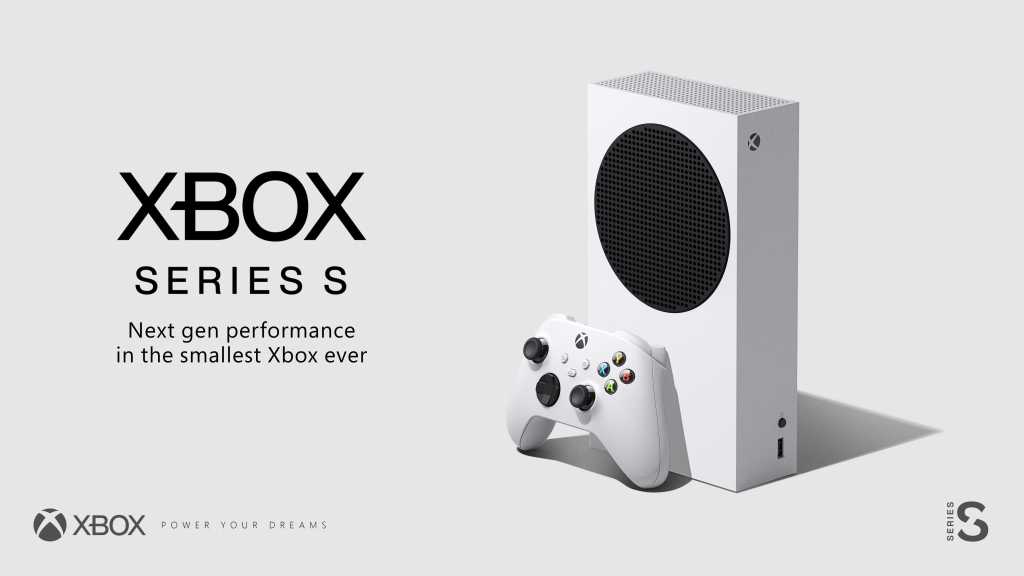 Update: Microsoft has now confirmed the launch of the Xbox Series S in response to the leak. Original article continues below the Microsoft tweet:

A render of the Xbox Series S has leaked alongside the alleged retail price of US $299.

According to Thurrot.com and Brad Sams the as-yet unannounced next-gen console will be white with a large black circular grill on the front, presumably for cooling.

The render looks as though it’s a screenshot from a video and shows the new Xbox alongside the new controller and supposed “Estimated retail price” of $299.

The Series S is thought to be the lower-end next-gen Xbox that will partner the already announced Xbox Series X in Microsoft’s new line up. It looks a lot like the current Xbox Series One S and One X compared to the more PC-tower-like Series X.

It’s hard to tell from the renders, but it does look as though the console doesn’t have a disc drive, meaning its price may be this low because it is a digital-only Xbox. This could prove a smart move by Microsoft by winning over more casual gamers to its platform with a price that isn’t astronomical.

Pricing for the Xbox Series X and rival Sony’s PlayStation 5 console have yet to be officially announced, but if the $299 of the Series S is accurate it may well undercut Sony. The build-up to the reveals of both consoles have been like a cat and mouse game between the companies, but this could bring Microsoft out on top.

The PS5 is confirmed to have a disc and non-disc version, but the latter is unlikely to be an entry-level console like the Series S is.