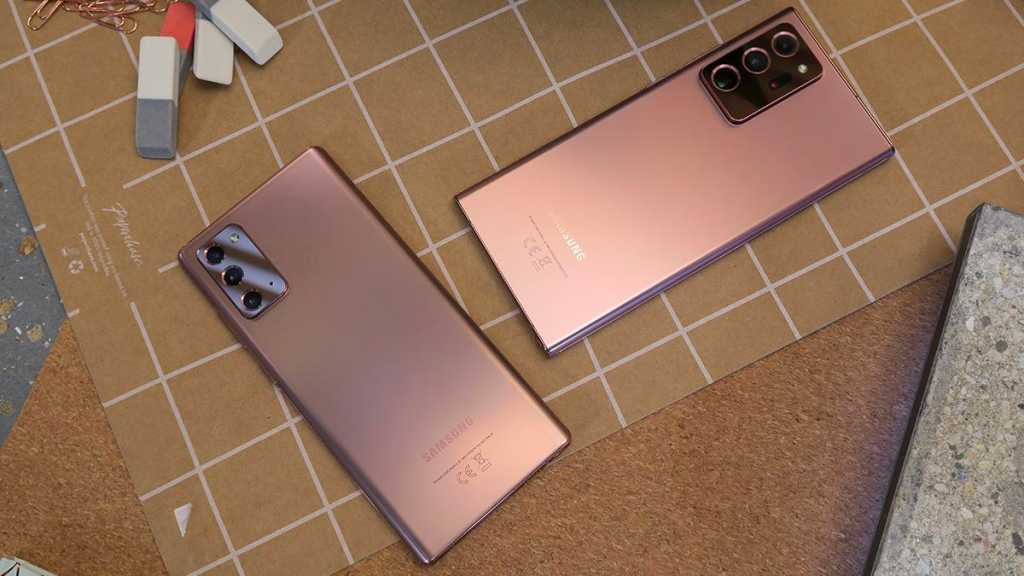 The Note 20 Ultra is a do-everything beast of a phone with a sky-high price tag that jars slightly with consumer priority during the pandemic. The regular Note 20 feels like a straight misstep, with a plastic back, 60Hz display and lower camera specs but still coming in at a cool £949, if you want 5G.

But with Samsung’s S21 Ultra now coming with S-Pen support, Note fans’ worst fear has come true and there will not be a new model this year.

When is the Samsung Galaxy Note 21 release date?

In 2021 Samsung confirmed that it wouldn’t launch a new Note saying “Instead of unveiling a new Galaxy Note this time around, we will further broaden beloved Note features to more Samsung Galaxy devices.”

In a blog post, President of Mobile Communications, Dr TM Roh said the latest Galaxy Z foldable – the Z Fold 3 and Z Flip 3 – would come with an S Pen stylus.

This leaves the question of whether Samsung will introduce the Note 21 or perhaps a Note 20 FE sometime in 2022. For those of you hoping the answer is yes, you might want to temper your expectations.

Samsung has announced the next Unpacked event will take place on 9 February 2022 but not only is it expected to be for the Galaxy S22 range – and maybe the Galaxy Tab S8 – but the firm has even hinted at the death of the Note series.

In the Unpacked announcement, Dr TM Roh said “we’ll introduce you to the most noteworthy S series device we’ve ever created” hinting that the regular S series will come with Note features.

He added, “you will help Samsung rewrite the future of smartphones once again.” Possibly another nod to the Note’s writing ability. It ended with “Get ready for the ultimate Ultra experience,” and it’s the S22 Ultra that is rumoured to have a built-in stylus.

The official trailer for Unpacked also hints at Note features with ‘The Epic Standard’ appearing as hand-written text.

Join us as we break the rules to set the epic standard at #SamsungUnpacked, February 9, 2022. Register at https://t.co/DIakqCsiiZ pic.twitter.com/EBALmwQv0b— Samsung Mobile (@SamsungMobile) January 25, 2022

How much will the Samsung Galaxy Note 21 cost?

Of course, all this could be moot since the Note 21 may never arrive.

What about Note 21 specs?

Thanks to the cyclical annual updates of phones, we can hazard some pretty confident guesses as to the specs of the Note 21 series, had it arrived in 2021 anyway.

Like with the Galaxy S phones, Samsung uses its Exynos chipsets on the Note in regions like Europe and India but uses Qualcomm’s 8-series Snapdragon chips in the US and its home country of South Korea.

While performance is usually largely the same, year after year the Exynos version of the phone struggles with battery longevity by comparison. US reviews always reflect well on the Snapdragon version’s longevity and it’s a major annoyance for people in regions where the Note has an Exynos chip. We are pretty confident Samsung will keep this strategy though, using the way it’s handled the Snapdragon/Exynos split with the S21 range already.

Apart from the difference in chipsets, we should be seeing at least 8GB RAM if not more on even the lowest end model, with storage of at least 128GB. The Note 20 didn’t have microSD expansion but the Note 20 Ultra did, so that trend would likely continue – making it the only flagship-class Galaxy phone to do so in 2021.

Both handsets also have triple cameras, but the Note 20 Ultra had a mega 108Mp main sensor and 5x optical zoom, outshining the 3x hybrid zoom on the normal Note 20.

Add more to the leaks: the Note21 is the Note21 Ultra successor and (no lying) the Note21 is probably the 1st Galaxy phone to debut with UDC (or CUP, or what the hell they will call). The main reason they go development this early is because they want to release this phone earl.. https://t.co/MrirZhvJmr— Snapdrachun 888 5G (@chunvn8888) December 3, 2020

One of the more unusual Note 21 camera leaks that has surfaced has to do with its front camera. Vietnamese tipster @chunvn8888 originally suggested that, not only is Samsung potentially bringing the phone’s launch forward by a month or so, but the phone is also set to serve as the debut device from Samsung’s first under-display selfie camera (UDC or CUP – short for Camera Under Panel)-toting smartphone.

The fires of this particular rumour have since been stoked, with LetsGoDigital noticing that Samsung Display has registered for the trademark ‘UPC (Under Panel Camera) in its native region of South Korea.

While this doesn’t cement the feature’s appearance on a new Note, it does clarify Samsung’s intentions to implement such hardware in forthcoming devices of some kind, such as its next Blade laptop, as was recently teased.

ZTE already has a phone – the Axon 20 5G – that showcases this technology but if this rumour rings true, this will likely be the first example of a Korean smartphone utilising such hardware.

We’d hope that however many Note 21s there are that they all have 120Hz displays and that they’ll be able to run at full resolution. The S20 and Note 20 Ultra could only run either 120Hz or QHD+, and not both. Come on Samsung, these are expensive phones.

The Note 21 will have an S-Pen as standard, of course, but to be honest we wouldn’t mind if Samsung did away with the air gestures gimmicks that let you wield it like a magic wand and focus more on reducing latency and improving pressure and tilt response.

The Note 21 is probably still a ways off, but that doesn’t mean we don’t have a list of things we want from it.

The regular Note 20 would have made more sense at around £700, not £849. If Samsung is going to release a lower spec Note, then we want it to make it more accessible to those who can’t afford to spend close to £1,000 on a phone.

The way its played the pricing of the S21 series gives us hope in this regard.

The European Note 20 Ultra’s main flaw is its unremarkable battery life. When the most expensive Note is marketed as a do-all phone for pros, you end up using it a lot, and it’s a pain when the battery hits red before you’re done. The Note phones are big, so either get more battery out of the setup or switch to Snapdragon globally, please Samsung.

We’d love to see a smaller Note device as we did with the Note 10. With the Note 20, Samsung oddly turned out two very large phones with a mishmash of specs and design differences. A return to a small and large Note release would make more sense, offering a more compact and manageable device to people who don’t want a phone as big as their head.

The S-Pen is only available on the Ultra model among S21 phones, so there’s still a window of opportunity for Samsung to make a smaller handset with a built-in stylus.