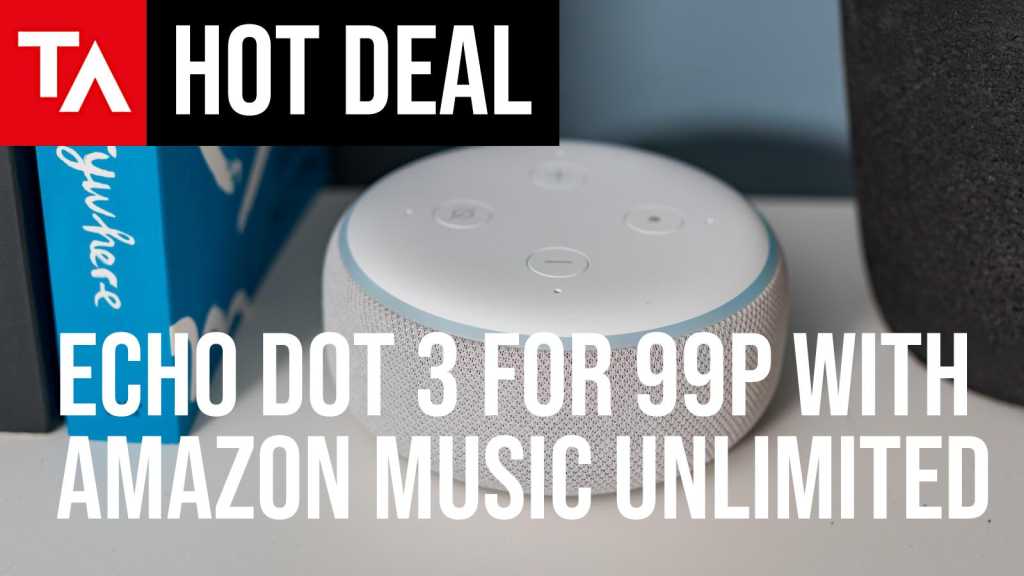 In a bold and massively successful move earlier this week, Spotify’s gave away Google Nest Mini speakers for free to new and existing Premium subscribers. While the offer is no longer available due to high demand, it certainly caught Amazon’s attention – which has now replicated its own version of the deal.

The e-commerce behemoth is now offering new and existing Amazon Music Unlimited members on Amazon Prime the Echo Dot 3 for 99p. This brings the total cost to £8.98 if you’re a new subscriber to Amazon’s paid music streaming service.

Amazon Music Unlimited costs £7.99 to Prime members and £9.99 for non-Prime members, but you can try the service out for free for 30 days.

It’s undoubtedly a well-timed offer on Amazon’s part, filling the void for anyone who missed out on Spotify’s deal, while also enticing students to join the Prime ecosystem as the back to school season kicks off.

More interestingly, it provides a real incentive to sign up to Amazon Prime ahead of its Prime Day event, which is rumoured to happen in October this year.

Head to Amazon to check out its Echo Dot 3 deal right now. You can also sign up for a 30-day free trial of Amazon Prime to make the most of the offer.