Honor has unveiled today at IFA that the MagicBook Pro – already on sale in China – is getting a global launch. It will be released alongside refreshed versions of the MagicBook 14 and 15.

As the name suggests, the MagicBook Pro boasts a more powerful spec line-up than other laptops we’ve seen from Honor so far. That’s partly simply a matter of size – it boasts a 16.1in display, squeezed into a 15in chassis – but also the Ryzen 5 4600H processor at the heart of it. That’s one of AMD’s most powerful laptop processors yet, and should make this a pretty capable workhorse.

This is the only chipset variant available – unlike in China where a Ryzen 7 4800H version is also on sale. It comes paired with 16GB DDR4 RAM and a 512GB SSD, but it’s worth noting that there’s no discrete GPU option.

The IPS display is also limited to HD, and while it covers 100% sRGB, in our benchmarking ( read our full MagicBook Pro review for more) it capped out at 76% DCI-P3 coverage. Throw in the 60Hz refresh rate and the lack of any Thunderbolt ports and you have a laptop that, despite the size, seems unlikely to win over too many serious creators or gamers, except those on a budget.

Other than that, you’re getting one USB-C port for charging, three USB-A 3.2 ports, HDMI 2.0, and a headphone jack. The MagicBook Pro also features Honor and Huawei’s trademark hidden keyboard webcam – a boon for super-slim bezels, but a blight for anyone making a lot of video calls, thanks to a rather unflattering camera angle. 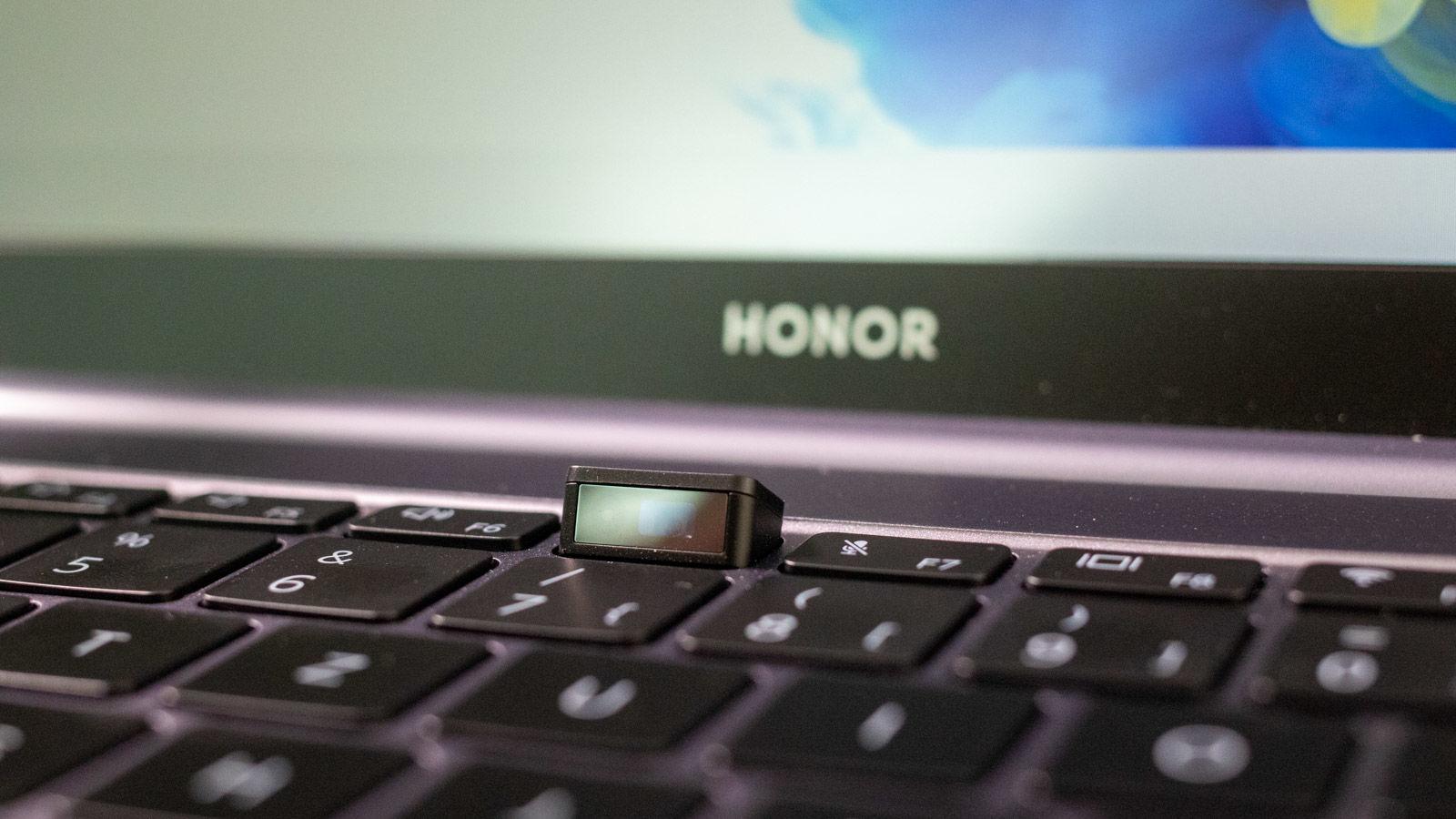 Launching at the same time are refreshed versions of the Honor MagicBook 14 and 15. Not too much is changing on these devices – the slim and portable design remains the same, as will the 65W fast charging technology, the 10.5 hour battery life and the fingerprint power button.

The main change is in the processor. Both laptops are getting upgraded to AMD’s Ryzen 5 4500U and 4600U respectively, from the Ryzen 5 3500U, which should boost the performance by around 15%. Both will ship with 8GB RAM and 512GB storage. We were big fans of the first edition of the Honor MagicBook 14, so an updated spec is certainly welcome.

The new MagicBook models arrive alongside a UK release of the Pad 6 and Pad X6, along with new wearables in the Watch GS Pro and Watch ES.