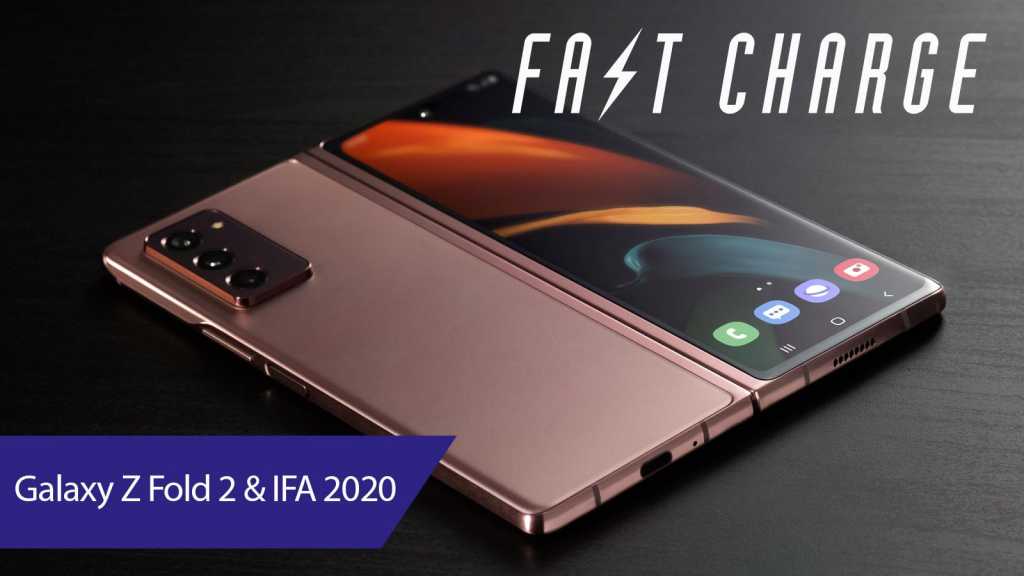 This week on Fast Charge, Dom Preston, Alex ‘Toddy’ Walker-Todd, and Chris Martin give their thoughts on everything announced during IFA 2020 so far, from the Galaxy Z Fold 2 price to Nvidia’s RTX 3080, Intel’s new Tiger Lake CPUs, and a whole host of new phones, laptops, and audio gear.

The Galaxy Z Fold 2 finally has a proper price and release date, but at £1,799/$1,999 it’s predictably not cheap. It’s the best foldable yet, but does launching a 2 grand phone in the midst of a recession make it the right foldable at the wrong time?

Then there’s everything else announced so far for IFA 2020, the first proper trade show this year since CES. From Nvidia’s RTX 3080 to Intel’s new Tiger Lake chips ( and snazzy new logo) the PC world has had a major shakeup, while Qualcomm has teased the cheapest 5G phones yet with a new 5G 4-series chipset, and loads and loads and loads of phones, laptops, and audio gear have been announced already.

If you prefer to listen rather than watch, subscribe to Fast Charge on Spotify or Apple Podcasts, or listen right here: