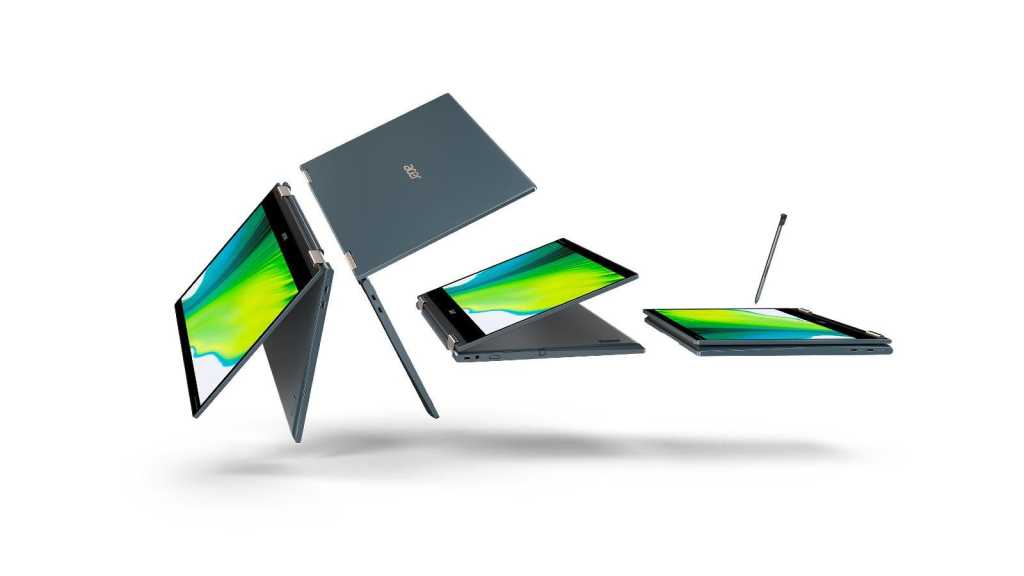 The company’s latest chipset is specifically designed for PCs, and claims to deliver significant performance and battery life enhancements over its predecessor. The Spin 7’s reputation for power and portability makes it an ideal candidate for the new internals.

In deviating away from Intel, the Spin 7 aligns more closely with the “Always on, Always connected” philosophy of Windows on Snapdragon. The claimed 24-hour battery life satisfies the “multi-day usage” that Qualcomm advertises, while the inclusion of a 5G modem (with both mmWave and sub-6 GHz support) enables greater productivity on-the-go.

The new compute platform and its effect on the user experience is the big selling point here, as the design is largely unchanged. The Spin 7 features the same 14in, 1080p IPS display as its predecessor, as well as a 360-degree hinge which supports four different modes of operation.

There’s also a built-in stylus with 4,096 levels of pressure sensitivity, and a decent selection of ports (two USB-C, one USB-A, 3.5mm headphone jack). At 1.4kg, it’s among the lighter laptops currently available, although can’t quite rival the 997g Acer Swift 5.

However, the big challenge will be on performance, an area where the previous Snapdragon 8cx flattered to deceive. Qualcomm says that the Gen 2 provides a performance boost of up to 18% when compared to the latest Intel Core i5 processor, but it remains to be seen how well that claim holds up in third-party devices.

Acer has not revealed many of the other specifications, including storage and RAM options. How well the Spin 7 performs is likely to be dependent on the latter to some degree.

It’s also worth drawing attention to the microbial coating found across Acer’s lineup, which has been proven to reduce the prevalence of a wide range of bacteria from devices most people use every day. With hygiene a top priority during the pandemic and beyond, it’s another string to the Spin 7’s bow.

The Acer Spin 7 is expected to arrive in the next few months, but specific release date and price is not yet known.