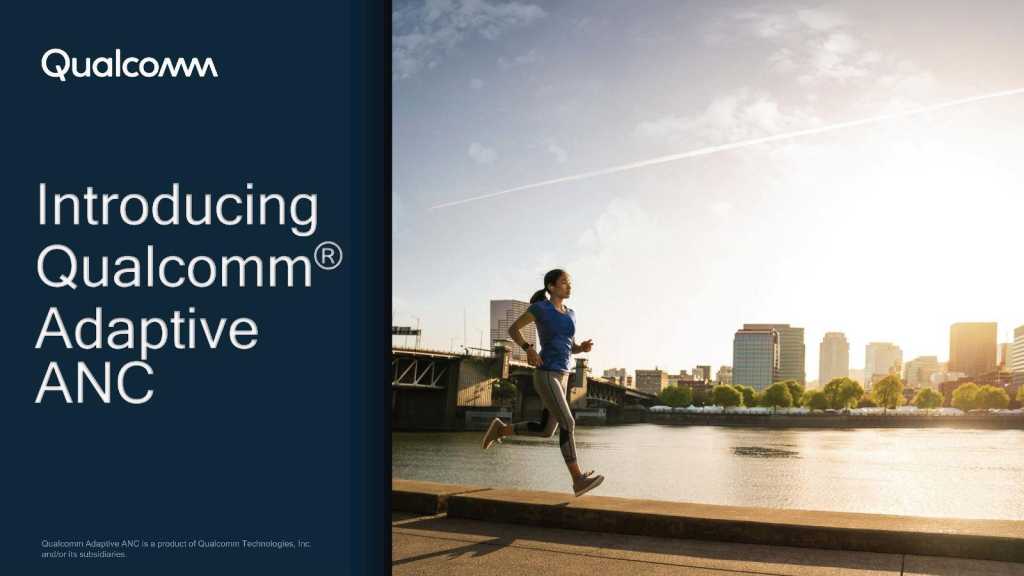 It might not be obvious, but Qualcomm is a major player in the audio market. Its chipsets are a key component of many true wireless earbuds on the market, including those from brands such as Samsung, Bose and Bang & Olufsen.

Qualcomm’s 2020 State of Play report indicated that the true wireless earbud market is growing rapidly, and people will no longer compromise on active noise cancelling. ANC has been a staple on flagship over-ear headphones for several years, and is gradually making its way into more portable form factors.

Adaptive ANC aims to provide a more seamless experience, making the buds less reliant on a perfect fit to get the optimum noise-cancelling experience. It means they’re more likely to be ready to go out of the box and match the results produced in manufacturer testing, as well as offering less latency.

This is across four key use cases, which the State of Play report indicated were the most popular for true wireless earbuds: music streaming, voice calls, gaming and watching videos. Indeed, Qualcomm has insisted that Adaptive ANC will be able to quickly adapt to environmental conditions, allowing you to quickly switch between tasks without interruption to the noise cancellation.

Adaptive ANC will be coming to a number of future Qualcomm chipsets, starting with the QCC514x. We wouldn’t expect it to be long before it becomes the new standard for noise cancellation in the true wireless earbud market.

You can read more about the latest news on the Qualcomm website.

That wasn’t the only audio-related announcement Qualcomm made at IFA. It also revealed a partnership with Live Nation, the American company that specialises in live music. The aim is to revolutionise the concert experience, with features such as personal sound mixing and unique AR experience, all powered by the rapidly-expanding 5G network.

At IFA 2020, the company also revealed the Snapdragon 8cx Gen 2 5G, its new computing platform for Windows devices. Read all about it here.