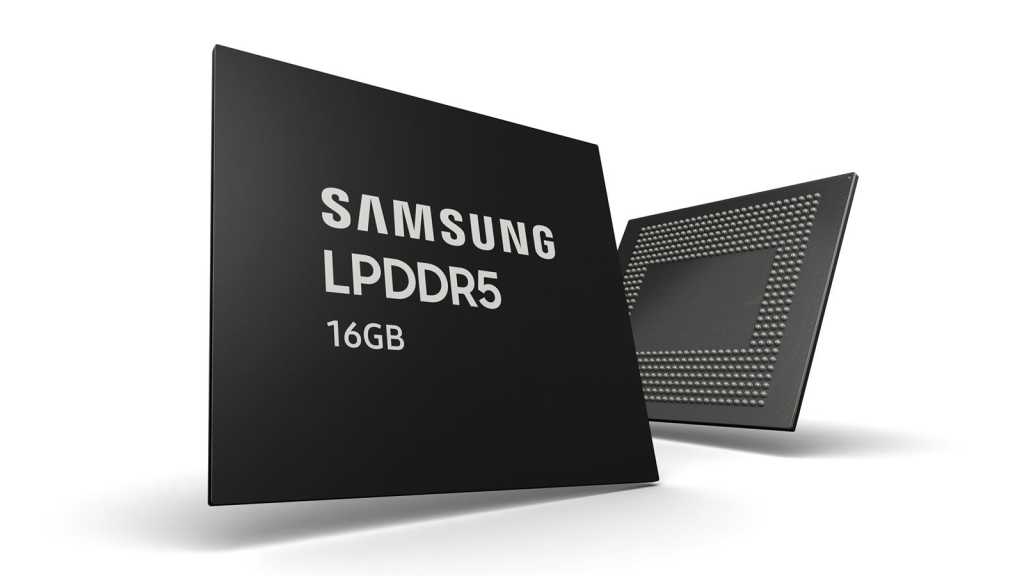 Samsung has announced it is mass producing 16-gigabit LPDDR5 mobile DRAM and that it is the first to do so using extreme ultraviolet technology (EUV).

The announcement is notable because the EUV process used to etch the silicon is supposedly easier to scale the production or RAM, meaning future products might be able to be produced at a faster scalable rate.

The new 16Gb RAM is “the highest speed and largest capacity available in mobile DRAM,” according to the company. At present, the most RAM seen in high end Android phones like the Galaxy Note 20 Ultra or OnePlus 8 Pro normally tops out at 12GB.

While the announcement and its tech speak is hard to digest, it basically implies that the RAM in your phone could soon be even more capable. Samsung supplies memory to other smartphone manufacturers, so you’ll find it soon in more than just Galaxy smartphones.