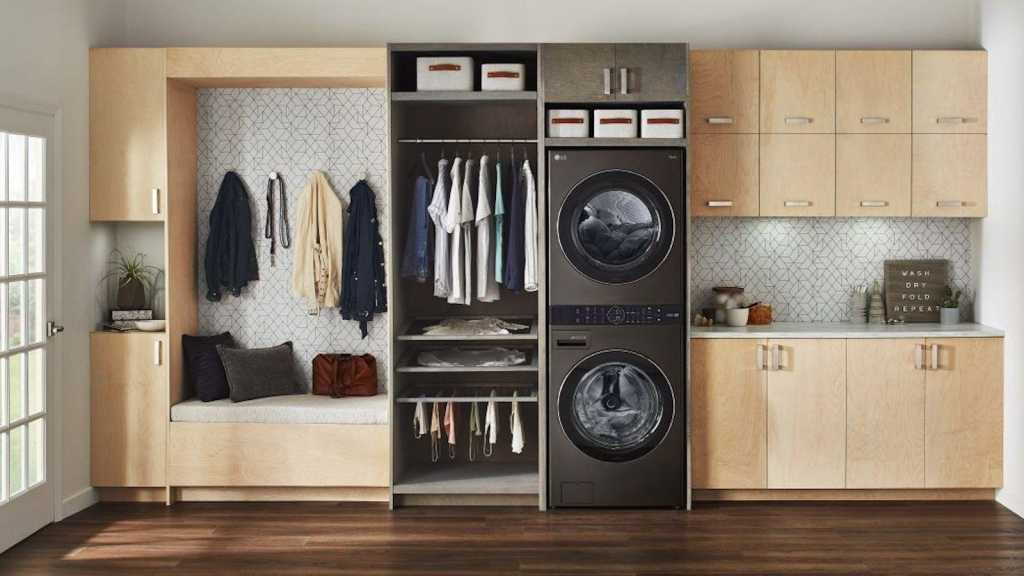 LG has announced a new product that will premiere virtually at next week’s IFA, the trade show for consumer electronics and home appliances.

The WashTower is a stacked, single unit washing machine and dryer. It will initially become available to buy in North America next month (October), followed by a worldwide rollout.

So, how will having a single, integrated unit benefit the user? Dan Song, president of LG Electronics Home Appliance & Air Solution Company, said that the WashTower exemplifies LG’s “commitment to enhancing user convenience and space efficiency in the home”.

First off, the combined unit can accurately forecast the time it takes for the entire washing and drying cycle to complete, so planning is easier.

Second, the washer and dryer share information so the dryer will respond to the load in the wash by choosing a co-ordinating drying programme and preheating the dryer drum, saving time and ensuring the optimum drying cycle. 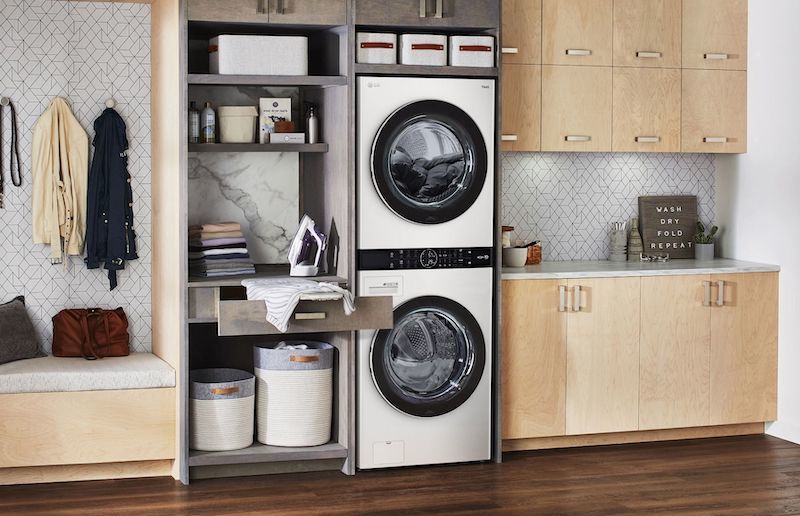 Physically, it should also be simpler to use. The unit has a single interface, situated in the centre of the machine for programming both the washing machine and the dryer. The entire unit is also more compact than separate stacked machines – according to LG, it’s shorter by 87mm, although we don’t know what exactly that’s measured against – so it’s easier to load and lift out washing.

As you might expect, the new appliance is loaded up with LG’s latest laundry tech, including AI DD (Artificial Intelligence Direct Drive), a smart system that determines the best wash settings for optimum cleaning, depending on the weight and texture of the load. It also has TurboWash 360 capability, in which water is sprayed directly onto the clothes, cutting the wash time to just 39 minutes. The dryer also has steam cleaning functionality, destroying 99.99% of common bacteria. 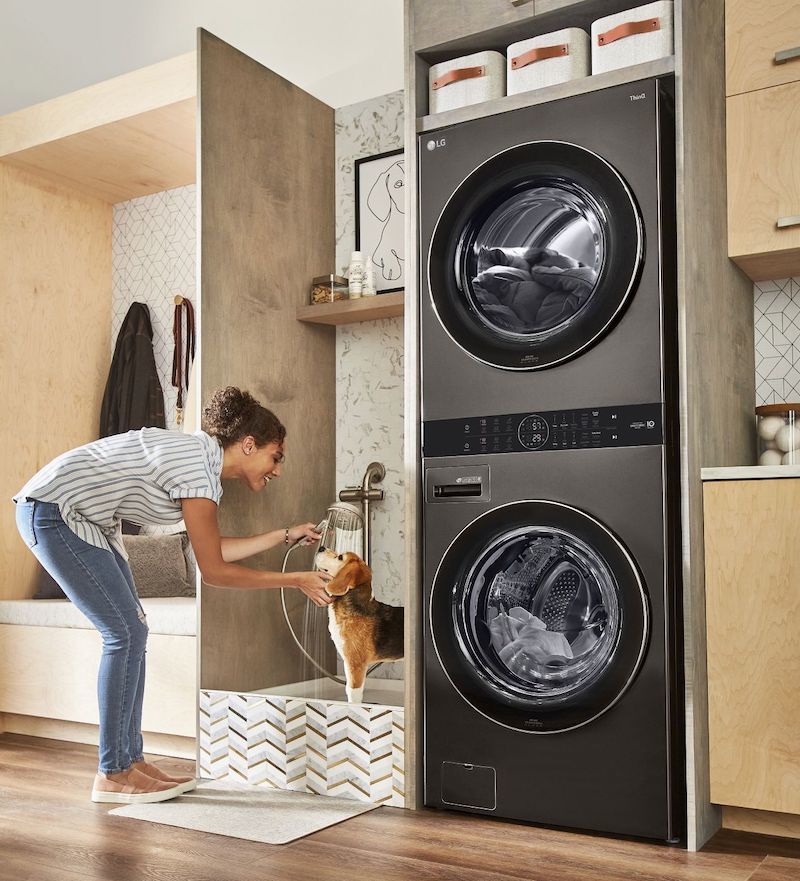 The washing machine has a maximum capacity of 17 kilos and the dryer 16 kilos. We don’t have a price for the appliance yet but hopefully more details will be announced next week.

Because of pandemic planning, this year’s IFA (3-5 September) will have a number of virtual events, including an augmented reality exhibition from LG, which aims to show how appliances could be integrated into homes.