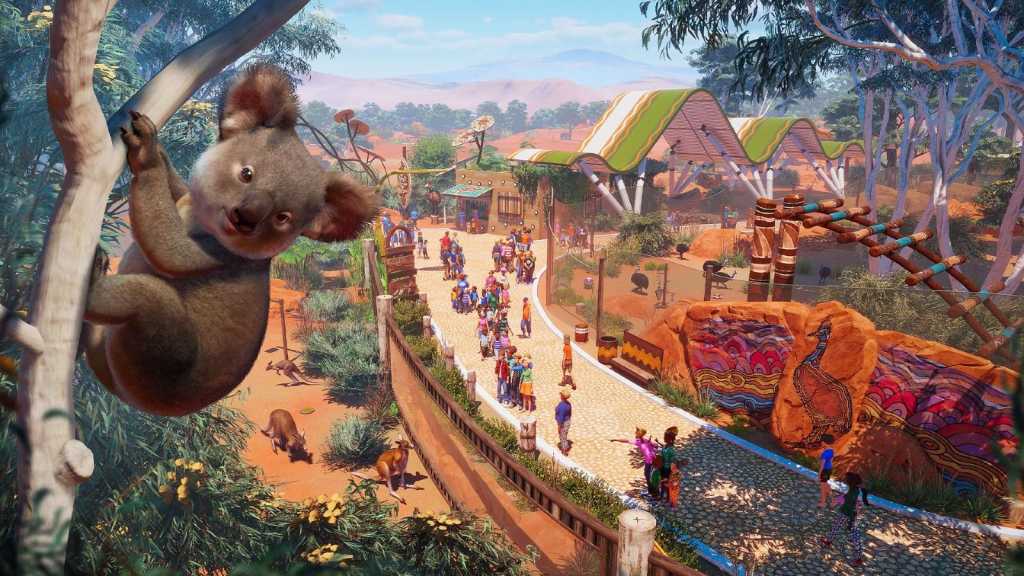 Planet Zoo’s latest paid DLC launches today, and this time the game is exploring the land down under with the new Australia pack. This is the third paid geographical DLC for the main game, following the release of the Arctic and South America packs.

But whilst most people will be talking about the new five Australian animals that you get in your zoos (the Koala, Dingo, Red Kangaroo, Southern Cassowary, and Eastern Blue-Tongued Lizard), the real heart of this pack is the designs and artwork incorporated within the new locations and 200+ scenery items, and the ties that they have to Australian Aboriginal culture.

Frontier worked with Indigenous artist John Smith Gumbula, the Founder and Chief Indigenous Creative of Bur’an Holdings Australia, to map his own artwork onto canvas items within conservations, such as rocks, murals and frames. Gumbala has spent most of his life promoting Indigenous arts and culture across the world, and now his work will be viewed by an entire new audience via Planet Zoo.

Gumbala discussed why collaborating with a games studio was such a significant move in a developer journal for Frontier: “I had the opportunity to contribute to beautiful, integrated artwork; these games are expressions of creative genius in their own right.

“Of huge importance also, is the recognition of the need to have more support for authentic, fair trade, Indigenous artworks be present in the game, and industry in general.”

Frontier are going the extra mile to create an authentic design experience within this pack, and I hope to see this trend continue in future DLCs. Many Planet Zoo fans are clamouring for an aquatic themed DLC, so if this were to come to fruition, we could hope to see collaborations with marine biologists or ocean conservationists. 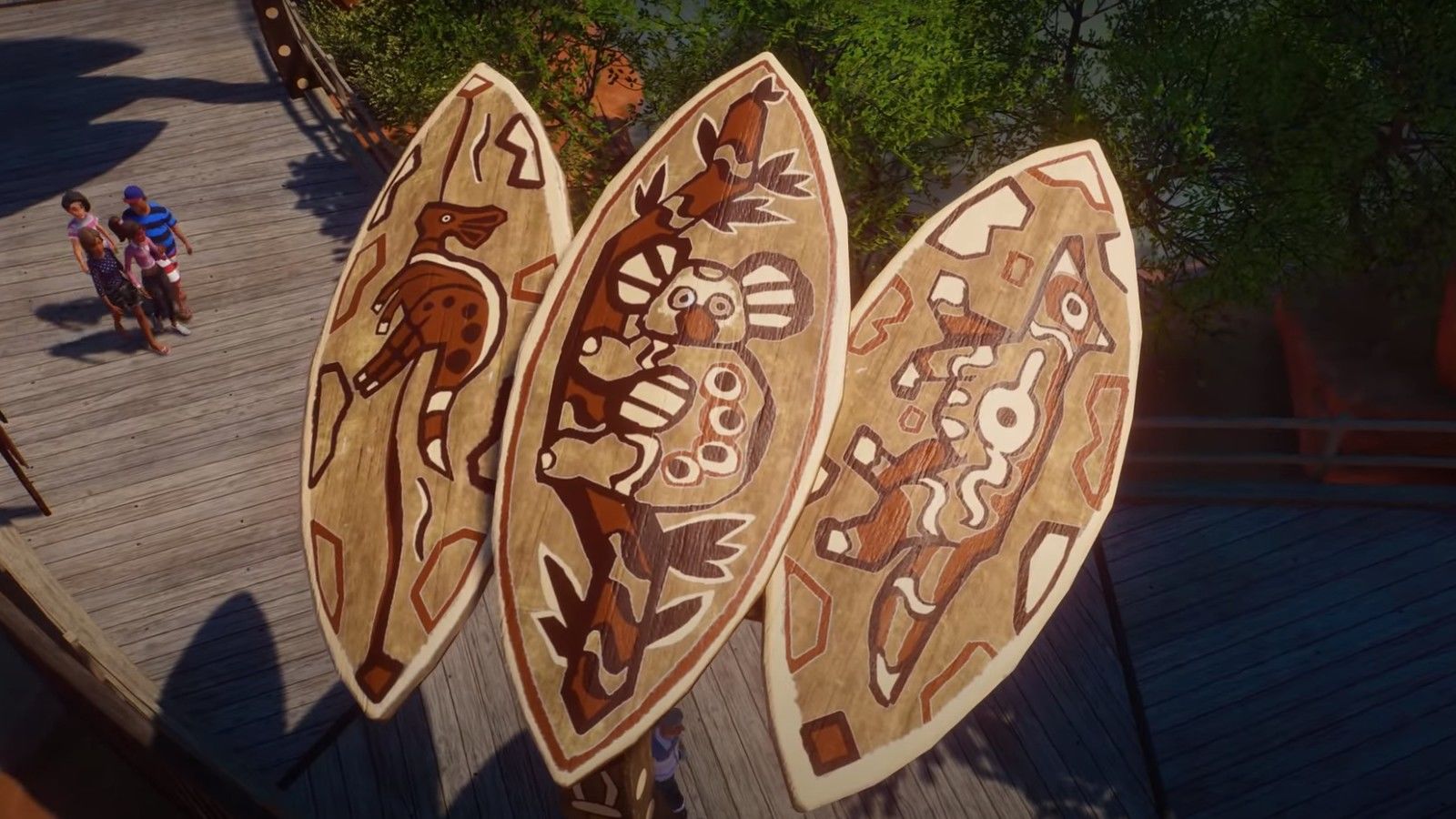 As well as the new animals, you also get a new time scenario with Outback Comeback in Tanami Roadside Zoo, where you have to bring new life to a sanctuary that’s seen better days by adopting new animals, revamping the scenery and raising the guests happiness. The faster you complete the challenge, the higher a rank you earn.

Personally, as someone who likes to take the game slow, I found the countdown added on a lot of pressure, but no doubt Planet Zoo enthusiasts will be up for a challenge.

Time scenarios are also not exclusive to the paid DLC – there will be an Estonian zoo playthrough made available in the free update launching alongside the main game (1.3). The update also includes animal colour variation, a food management page, new scenery items and more – you can read more about it over on Steam.

You can get the Planet Zoo Australia Pack for £7.99/US$9.99 over on Steam. Alternatively, take a look at our full review of Planet Zoo here.