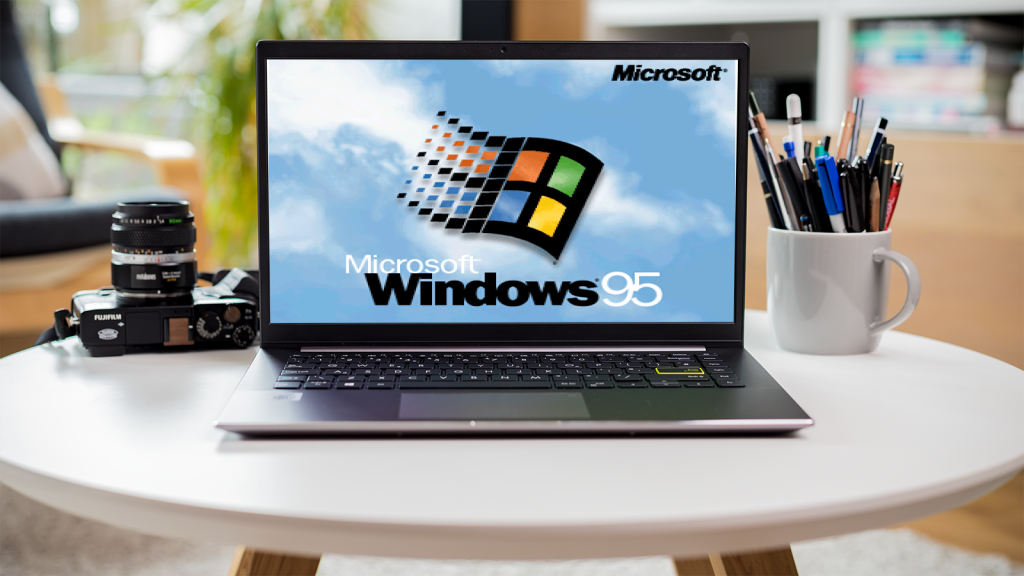 On 24 August 1995, Microsoft starting selling Windows 95 in the US. At midnight, many computer stores opened their doors across the country to sell the first packs of Windows 95 floppy disks.

Bill Gates, still Microsoft CEO at the time, also reached deep into his marketing bag of tricks to make Windows 95 a success. The company is said to have spent a whopping US$12m just for the rights to use The Rolling Stones’ hit “Start Me Up”. Check out the promotional video below for a hit of nostalgia.

Microsoft flew TV star Jay Leno to the company’s campus in Redmond, Washington, to present the software to 2500 guests. In the UK, Microsoft bought the entire edition of The Times newspaper for the launch of Windows 95.

The operating system’s enhancements included a new graphical user interface, complete with Start Menu, taskbar and minimise, maximise and close buttons on all Windows. These are things we take for granted now, but they were groundbreaking at the time.

Indeed, there was still plenty of criticism of Windows 95. IT exports criticised legacy issues concerning the DOS (Disk Operating System), as well as gaps in security and susceptibility to crashes. The now-infamous Blue Screen of Death (BSoD) was a common issue in Windows 95.

However, despite the problems dampening some of the initial enthusiasm, Windows 95 continued to sell well. It wasn’t until the release of Windows XP in 2001 that we saw a true successor in terms of popularity.

Want to try out Windows 95 again? Felix Rieseberg has made a version available to download for Windows, Linux and macOS. Don’t worry, this runs as a separate application, so you won’t have to give up your modern operating system!

This story was originally published in German on our sister site, PC-Welt. Translation by Anyron Copeman.