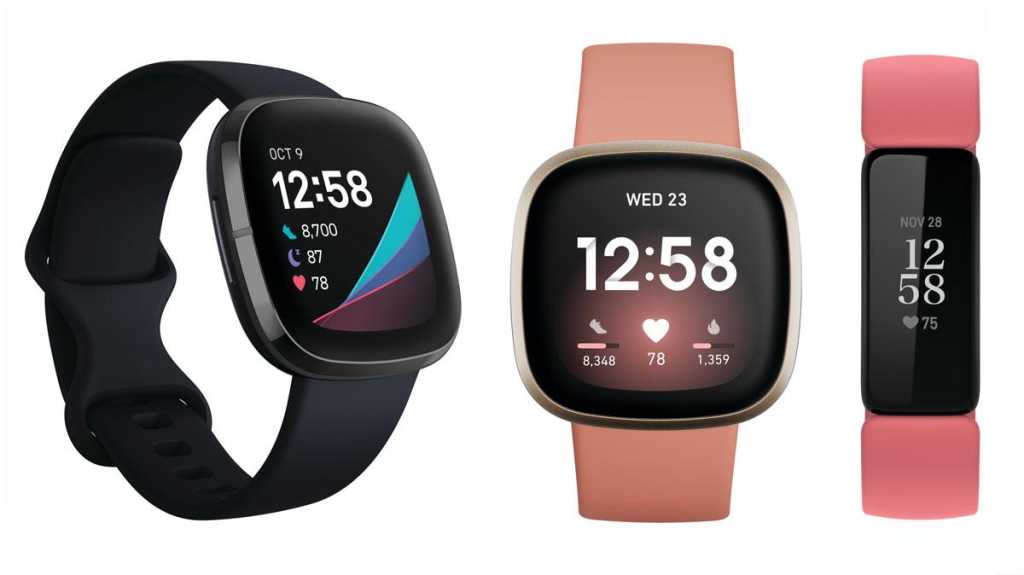 Fitbit has refreshed its family of fitness trackers and health smartwatches, releasing three new devices – and a bunch of new features aimed at mindfulness, stress management, and illness detection.

And Fitbit Premium, the paid extra-features subscription, has had some updates, plus the promise of expansion into seven languages on top of the existing English-language versions. Dutch, French, German, Italian, Japanese, Spanish, and Swedish Premium services will be added by the end of next month.

All the new Fitbits are available for pre-order today, with shipping to start at the end of September. 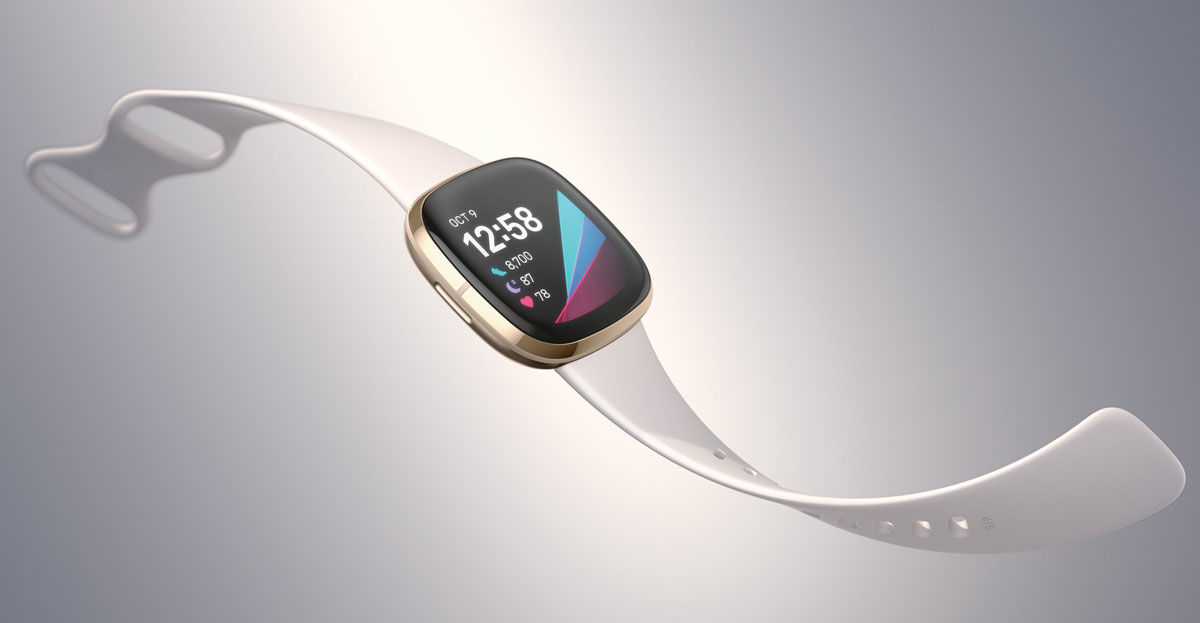 Replacing the former high-end Fitbit Ionic, the Fitbit Sense features Active Zone Minutes – first seen in the Fitbit Charge 4, which Fitbit describes as “10,000 steps taken to the next level”.

And, like the Ionic it replaces, the new smartwatch has a GPS built-in. And there is a slew of all-new features – most of which are not found on any of the other Fitbits.

For example, the Sense features a new sensor – which Fitbit is claiming is the world’s first electrodermal activity (EDA) sensor on a smartwatch.

EDA is there to, yes, sense and help users manage stress.

Using the EDA Scan app, users need to place their palm over the face of the Sense so it can detect small electrical changes in the sweat level of skin.

It can also be paired with guided mindfulness sessions in the Fitbit app to see how your body responds during meditation or relaxation. An EDA response graph – both onscreen and in the mobile app – gauges your emotional progress over time.

A new Stress Management Score – found in the new stress management tile in the Fitbit app – calculates how your body is responding to stress based on your heart rate, sleep, and activity level data.

Fitbit continues to keep some of these health insights back for Fitbit Premium members only. New Fitbit users get six months free Premium, but existing users will have to pay the £7.99/$7.99 a month to get the detailed breakdowns.

However, all Fitbit users will have access to the new mindfulness tile in the Fitbit app, where they can set a weekly mindfulness goal and reminders, reflect on stress levels, log their mood after sessions, and meditate as a part of a mindfulness regime.

The Sense also features a new Skin Temperature sensor to detect changes to your wellbeing that may potentially be a sign of a fever, illness, or the start of a new menstrual phase.

Fitbit Sense is the company’s first device with an ECG app, to assess your heart rhythm for signs of atrial fibrillation (AFib).

The Fitbit Sense boasts six days of battery life, and works with both Amazon’s Alexa and Google’s voice assistants – Google is in the process of acquiring Fitbit for $2.1 billion, so Alexa’s days may be numbered. 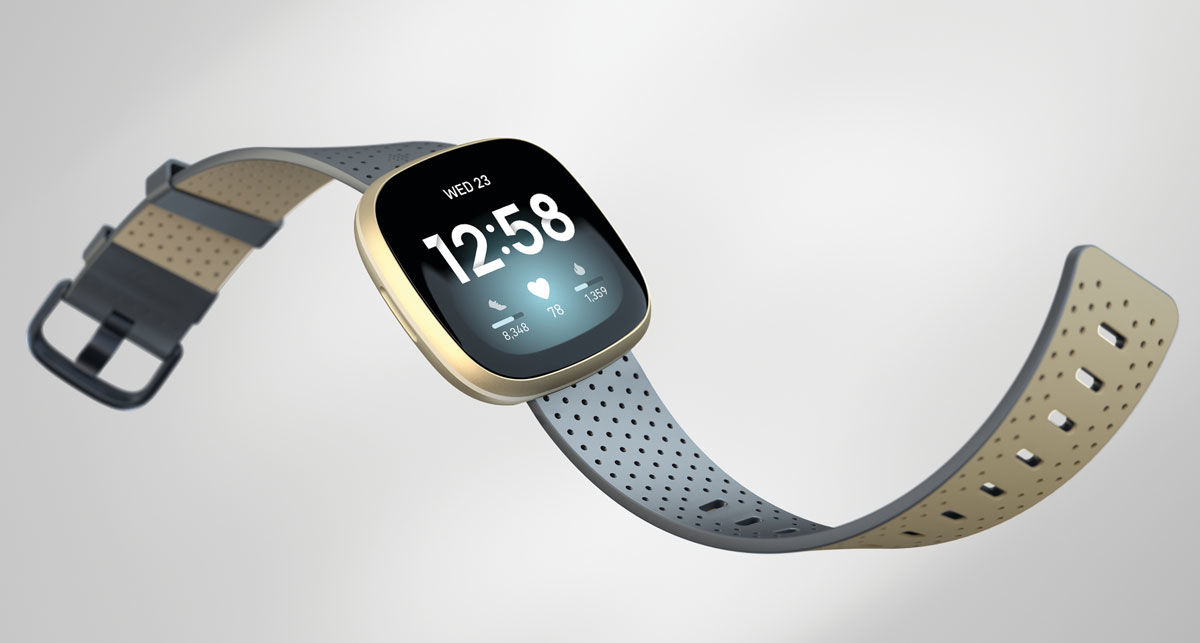 Fitbit Versa 3: catching up with the Charge 4

The Fitbit Versa 3 builds on the strengths of the Versa 2, but adds some of the features we first saw with the Fitbit Charge 4.

When comparing Fitbit Sense with Fitbit Versa 3, there are many similarities but also some key differences.

These include Active Zone Minutes and a built-in GPS, plus a microphone to work with Alexa and Google voice assistants.

Like the Sense, it has adopted the new PurePulse 2.0 heart-rate sensor technology.

Most amazing of all to veteran Fitbit users and reviewers is the news that the Sense and Versa 3 will use the same snap-on charger. Since Fitbit time began, each tracker and smartwatch has demanded its own charger, making switching between models frustrating as often mind-boggling.

Indeed, the Sense and Versa 3 share a common design aesthetic and the same 6-day battery life, so Fitbit is improving its design efficiency.

Accessories will be compatible between the two new devices, and Fitbit promises an improved quick-release band-swap mechanism after complaints that previous Versa accessories were fiddly to install. We will report on these when we have samples to test and review.

The difference between the Versa 3 and the Sense include the Sense’s electrodermal activity (EDA) sensor and skin temperature sensor.

The entry-level fitness tracker used to be the plain Fitbit Inspire, with a Fitbit Inspire HR adding a heart-rate sensor as well as some other smarter features.

Both those products will now be replaced by the Fitbit Inspire 2.

This features all the goodies of the Inspire HR (including the heart-rate monitor) and adds Active Zone Minutes just like the new Versa 3 and Sense smartwatches.

The design has been “refined” and the screen is apparently brighter and more vibrant. Again, we will test these claims when we have the Inspire 2 in for review.

The company says that the Inspire 2 has a mighty 10-day battery life, the longest-ever on a rechargeable Fitbit.

With a generosity that might irk new Sense buyers, the Inspire 2 comes with a full year’s free Fitbit Premium subscription – remember that the Sense comes with just six months. Again, this is for new customers only.

While we say goodbye to the Ionic, Inspire and Inspire HR, as far as we know the Versa 2 will remain in the Fitbit family, alongside the kids’ Ace 2 activity tracker. The Charge 4 also remains.