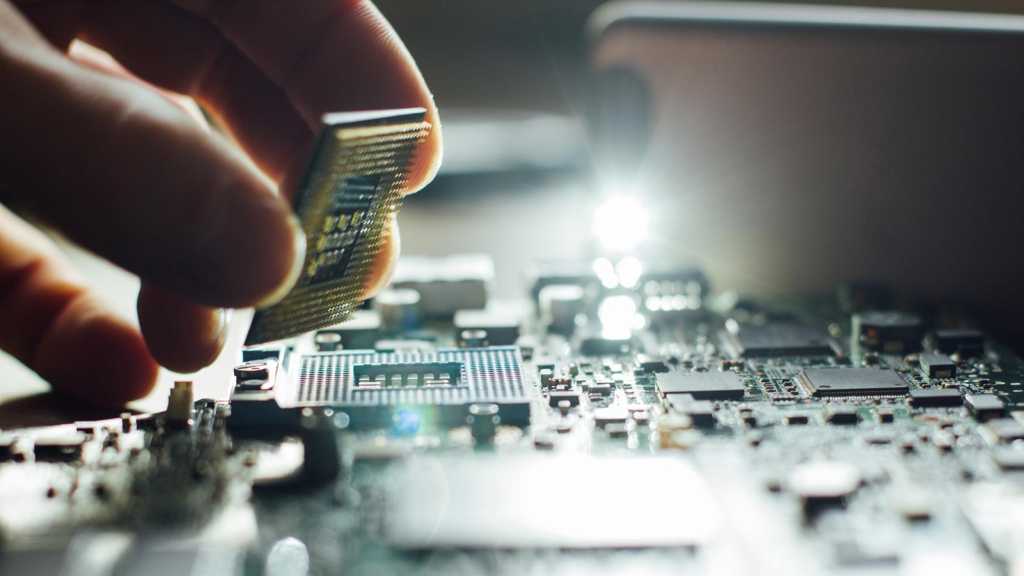 It stands for central processing unit and is a fundamental part of any computing device. It’s responsible for processing and executing various instructions, hence its nickname as the ‘brains’ of the computer.

In this article, we’ll be focusing on the significance of the CPU within PCs and laptops, as well as what to look out for in your next purchase.

What is the CPU? What does it do?

In simple terms, the CPU is a chip which sits within the motherboard of a computing device. Its primary purpose is to run programs that are stored in your system’s memory, which, if you think about it, includes almost anything you do on a computer.

Through a combination of calculating, sorting and searching, the CPU processes huge quantities of data to provide a useful service to the user.

However, the CPU can’t do it all alone. It works in tandem with a graphics processing unit (GPU) and random-access memory (RAM) for many tasks, such as storing information or rendering high-end games.

CPU and processor are terms that are used interchangeably, although CPU is just one of a number of processors within a computer.

What are the 3 parts of a CPU?

The CPU is split into three distinct parts: the Control Unit, Immediate Access Store and Arithmetic and Logic Unit.

The Control Unit manages the flow of data around the system. It specifically manages communication between the computer and hardware devices, such as the screen, speakers or keyboard, ensuring the correct data is delivered at the right time.

The Arithmetic and Logic Unit (ALU) is where the CPU interprets and carried out each and every task you perform on your computer. For something as simple as typing a single letter, the ALU adds binary digits to a file and then calculates what should be displayed on the screen in order for it to make sense. The arithmetic area deals with calculations, while the logic part focuses on direct comparisons.

Considering the complexity involved, it’s hard to believe that all three parts are able to process information incredibly quickly, turning an input into an output almost immediately.

In early PCs and laptops, each CPU only had one core. That means it was only able to carry out one task at a time. However, as the technology has improved, the number of cores on each CPU unit has increased dramatically, with as many as 18 available on some high-end devices.

The latter will be incredibly expensive and overkill for most people, but 8-core CPUs are common and offer a well-rounded experience. It’s unlikely that you’ll need to perform more than 8 tasks simultaneously, but this allows you to comfortably multitask without limitations on performance.

The clock speed refers to how fast these cores can carry out individual instructions. This is measured in cycles per second, or hertz (Hz). Many CPUs come with options for up to 3GHz, meaning it can perform a staggering 3 billion cycles per second.

Is Intel or AMD better?

While other manufacturers have made CPUs, Intel and AMD are the big hitters.

Intel’s Core line of processors has been the market leader for years, although the AMD Ryzen series has steadily closed the gap. In 2020, they are more closely matched than ever, with some devices now offering a choice between the two.

As a general rule, Intel is top dog for gaming and overclocking, while AMD wins on content creation and power consumption. However, this can vary hugely, so it’s worth evaluating the complete range of specs for any device you’re considering buying.

For more information, check out our comparison between Intel Core processors. AMD Ryzen 3, 5, 7 and 9 offer similar performance, so it’s a good place to learn more.

Also, much of the buying advice at the bottom of our best laptop chart applies to desktops, so it’s worth taking a look before you purchase a new computer.

Read more: What CPU should I buy for a PC?