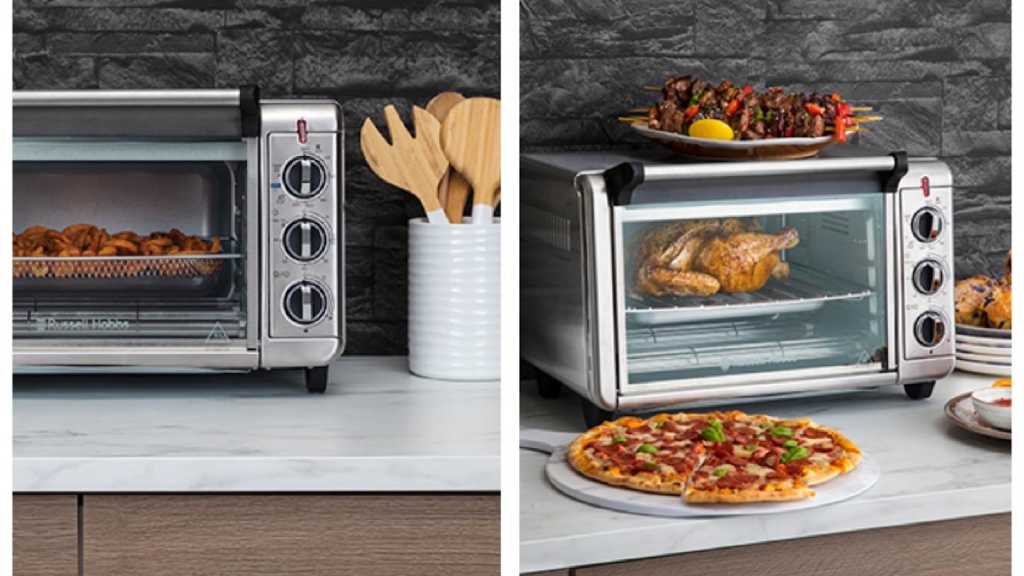 The oven features five cooking methods. It can air fry, bake, grill, toast and keep dishes warm. Air fryers take up a decent chunk of counter space, so this could be a good option for people who are considering an air fryer but want something more versatile. It’s also a possibility for people who need to make the most of limited space, like caravanners and holiday cottage owners.

If you’re wondering if an air fryer is for you, you can read our article on whether or not to buy one, but here are the basics.

Air fryers cook by circulating hot air around food, creating a crispy, crunchy coating without the need to immerse it in oil. They won’t make batter or crumb-coated fish or chicken any healthier than oven cooking. But if it’s a choice between air frying and shallow or deep frying, you’ll save yourself a lot of calories with an air fryer.

You can also roast meat and veg and the food will only need a small spritz of oil to give the same effect as oven roasting. It’ll also roast in a fraction of the normal time. 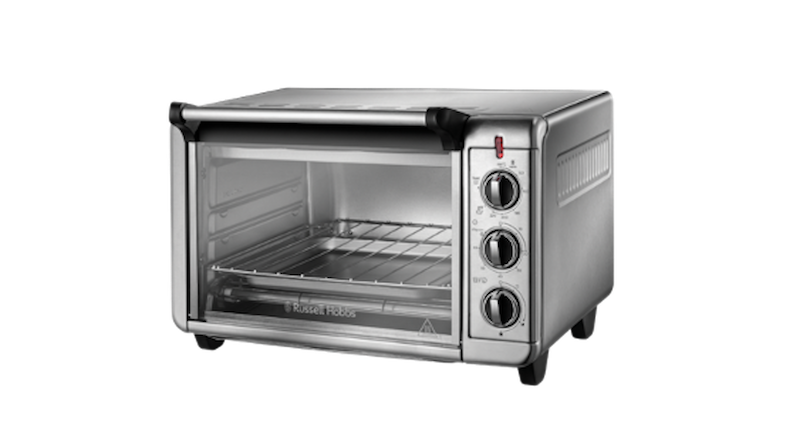 Air fryers cook very quickly, when compared to a traditional oven. The Russell Hobbs appliance is 1500 watts and distributes heat evenly, so it’ll cook food approximately two and half times faster than using your usual oven.

They’re not as quick to use as a deep-fat fryer but as a plus, air fryers contain the smell of fried foods, so your house won’t smell like a chippy for hours afterwards.

Air fryers are also very energy efficient. The Russell Hobbs oven preheats four times faster and will save up to 60% of the energy used by a traditional oven.

Having said that, at 12.6 litres, the Russell Hobbs appliance has plenty of cooking space. It’s much larger than a traditional air fryer, which is likely to have a capacity of 1.5-5.5 litres. And size is the main limitation of a traditional air fryer. If you crowd too much food in, the air can’t circulate around it effectively, compromising its cooking ability.

As the name suggests, you can also use it as a quicker, cheaper traditional oven, so you can bake cakes and cookies in it. It’s available to buy from Amazon in the UK for £89.99.

If you have more space and would prefer a conventional air fryer, the Breville Halo Air Fryer costs £119.99 and has everything you’d need in a single-function appliance. 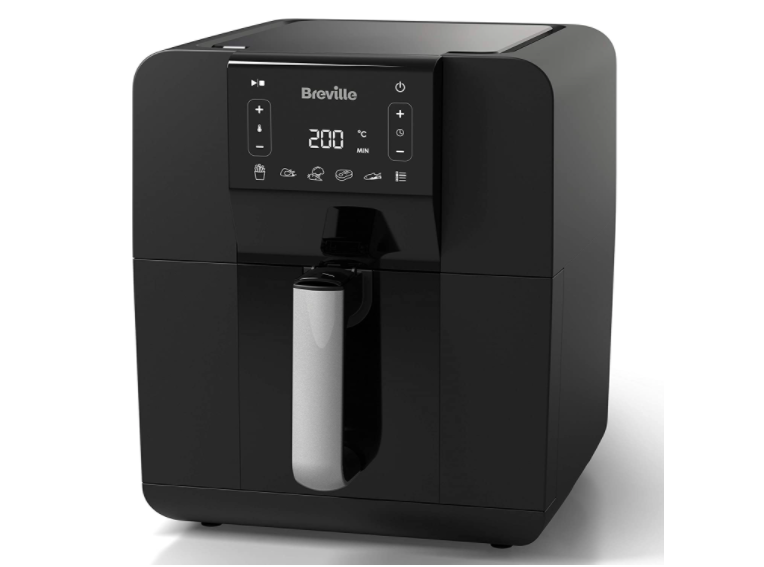 It’s a large, 5.5 litre fryer (that means there’s room for an entire chicken or joint of meat), with a digital display. It’s 1700 watts and heats up to 200°C. There are five cooking presets so you can air fry, bake, roast, sauté and grill. The basket is also removable and dishwasher-safe.