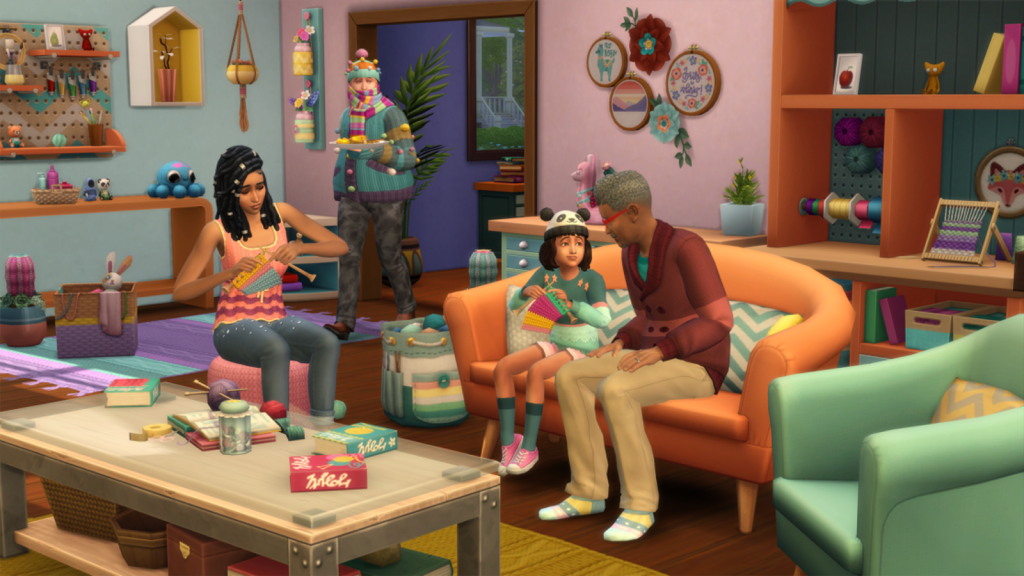 Whilst an entire Sims game dedicated to knitting in a rocking chair doesn’t sound like a lot to get excited about, the process of how The Sims 4 Nifty Knitting came to be is more intriguing, and is something that we could possibly see replicated by other studios.

The Sims 4 Nifty Knitting is the latest add-on pack in The Sims 4 franchise – that’s been common knowledge in the community since November 2019. This is because the entire contents of the pack were chosen by Simmers through a series of polls.

The Sims is built on a model of loyalty to one title over a number of years rather than a consistent churn of new main games. Therefore, this slow-burn release has proved rather popular amongst players.

As this is a Stuff Pack, there isn’t anything majorly groundbreaking when it comes to gameplay. Sims can now take up the knitting skill, and the items that they create can be worn, gifted or sold on ‘Plopsy’. There are also other cutesy build items to decorate homes with, including rocking chairs that boast extra social interactions for elder sims.

This is the second Stuff Pack that has been based on a series of community votes, the first being Laundry Day back in 2018. To kick off the voting, Simmers first had a choice between five genres: Science & Technology, Fun-Tech, Self-Care Routines, Happy Haunts and Arts and Crafts.

The latter topic won the first community vote, and gradually more rounds narrowed down the pack further and further until Nifty Knitting was the finished product. Users got to vote on the name of the pack, the items, Create-a-Sim clothing/hairstyles and even the expansion’s logo.

To provide further details, the Sim Gurus posted a blog on EA’s website about the design process, including details about how art conceptions were transformed into game animations, and explanations on UX mock-ups in Create-a-Sim. This strategy also ties in with content – encouraging players to visit studio’s blogs and stay up-to-date with the choices and decisions on social media.

Now that the Stuff Pack is out, players who voted in the polls can get the satisfaction of seeing their choices play out in real time, and their design choices incorporated into the finished product.

But what are the downsides of community voting on games? Well firstly, by putting out other choices, the game studio is inevitably going to disappoint some players with options that may never come to fruition. In addition, the vote could end up becoming a bit of a popularity contest, especially if influencers with large audiences encourage others to vote one for one subject.

It would be intriguing to see if EA takes this community voting into bigger game add-ons, such as Game Packs and Expansion Packs. After all, the Sims is all about creating new things and sharing them with the community, so putting this collaborative process front and centre could be a big and bold move that would encourage players to stay loyal to the game franchise. Plus, by giving out limiting options for voting, the studio still has some semblance of control over what directions are possible.

Of course, going for larger titles carries a greater deal of risk. There’s more money and investment at stake, and putting all the options on the table through an ongoing collaborative process with the fans eliminates the element of surprise that EA favours for its mainstream Expansion Packs.

The Sims is not the only game franchise to let its users have a say. Pokémon Go often hosts community days and asks players to vote on the next Pokémon to appear in the game, and Fortnite lets players vote on new items within the shop. 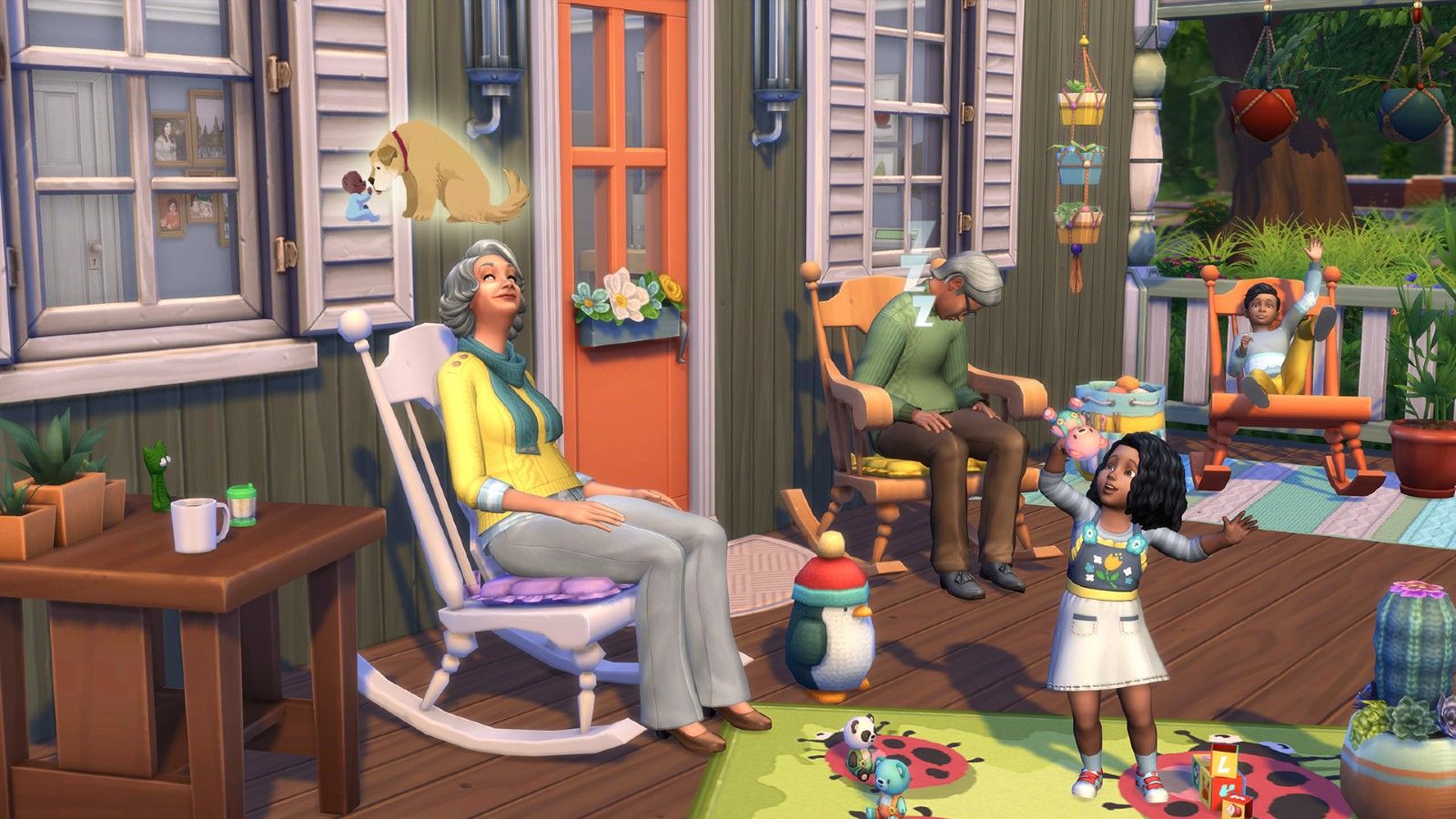 It’s also reminiscent of older MMOs that utilise polls for community engagement. Old School RuneScape still uses this method to determine the most popular new features that should be added to the game. However, the Sims team has taken these community votes one step further by incorporating them into every step of the game development process.

So, what other studios or games would lend themselves to replicating this formula? Well, one obvious one in the simulation sphere is Animal Crossing, which has taken to doing seasonal updates throughout the year. As this is another game all about sharing design ideas and trading, voting on new gameplay options would certainly help rally the community.

Titles with large Esports communities also lend themselves well, especially due to the influencers who will sit within the space that can help drive votes and engagement to any community polls put out by a company. For example, fighting games could host polls on new stages or characters to include in DLC.

Community voting on gameplay is a marketing strategy that rewards loyalty and engagement, and so is perfect for game franchises that have a consistent audience base and are looking for a new way to bridge the gap between the studio and players.