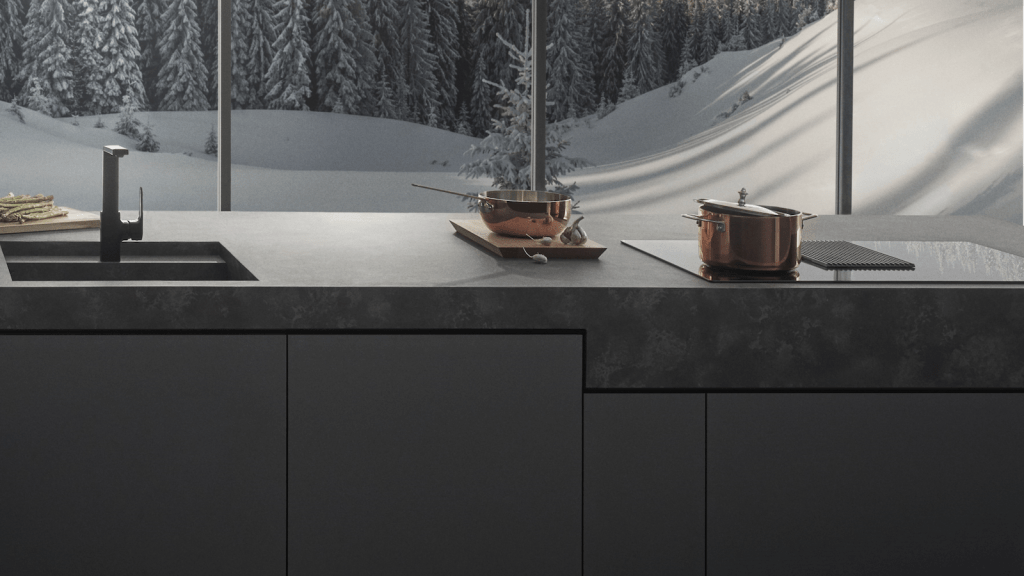 Samsung’s Infinite Cooking range is available to buy from Samsung’s online store and other online retailers. The range was first launched in February but was only stocked by kitchen specialists.

The range features ovens and a hob designed to blend seamlessly into a minimalist kitchen design. As you might imagine, they’re all integrated appliances – none are freestanding.

The range’s emphasis is on matching aesthetic appeal with the latest in home technology. The ovens, for example, feature vertical, rather than horizontal windows, to fit in with the long vertical lines of kitchen cabinets. 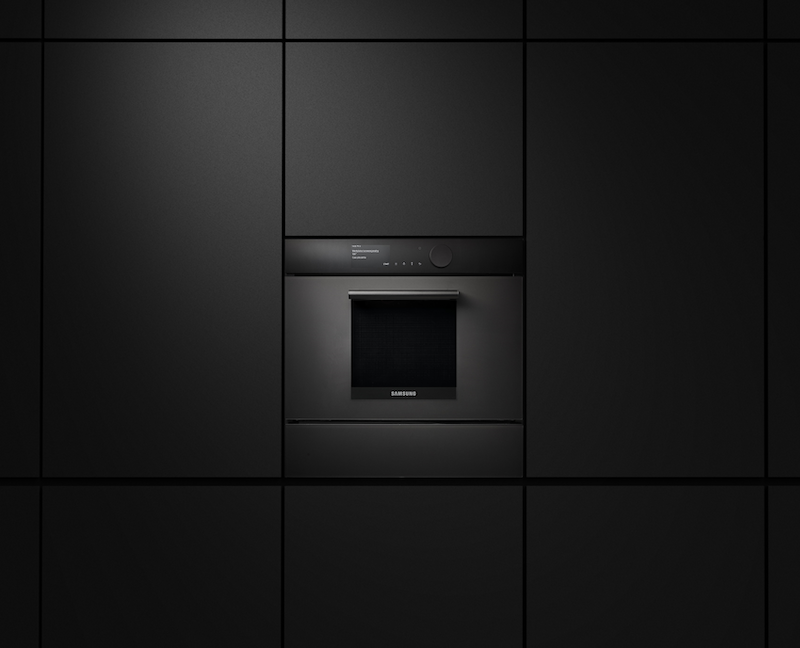 Inside, as well as functioning as a convection oven, they offer steam assist and full steam cooking options. The cooking space can be split into two separate compartments, so you can cook multiple dishes at the same time, using different cooking modes, temperatures and timings. The ovens have eight different cooking modes in all.

You can buy the Samsung Infinite Range dual cook steam pyrolytic oven (NV75T8979RK) from Appliance City for £1,799 or see the full range of ovens on the Samsung site.

The range also features a combi-hob. In line with the other appliances, its interface is minimalist and it fits flush into the counter space. 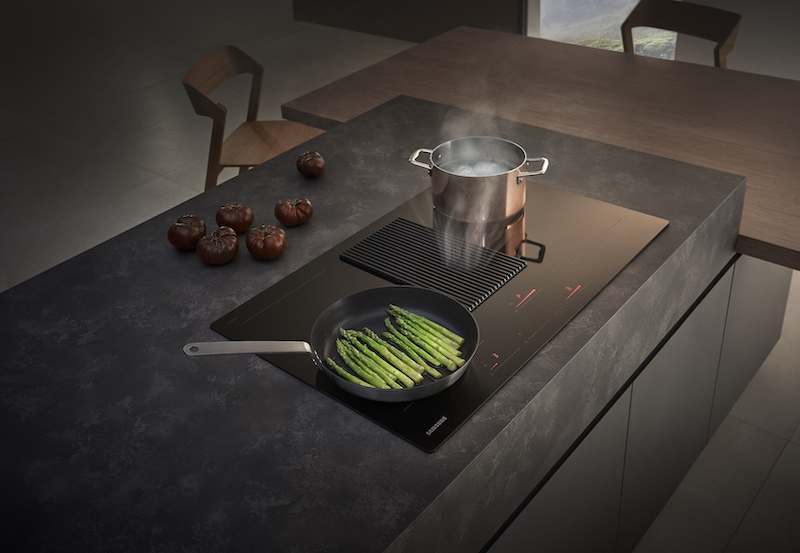 I’ve written about combi or venting hobs before. They’re hobs that feature an inbuilt extractor fan. This means they can be built into a central kitchen island and don’t need to be placed under an extractor hood, giving a lot more flexibility in kitchen design. Right now, they’re relatively new and unusual items.

But, one of the things that’s come out of the pandemic, as people have been spending more time at home and using their homes in less rigid ways, is an interest in more open kitchen layouts. People want to be able to chat with family members while cooking, rather than facing the wall. Because of this, it’s likely we’ll see an increase in products of this kind, which means more availability and a drop in price as more manufacturers begin to sell them.

We’ve tested out some of Samsung’s floor care appliances. Read our reviews of the Samsung Powerstick Jet and the Clean Station.