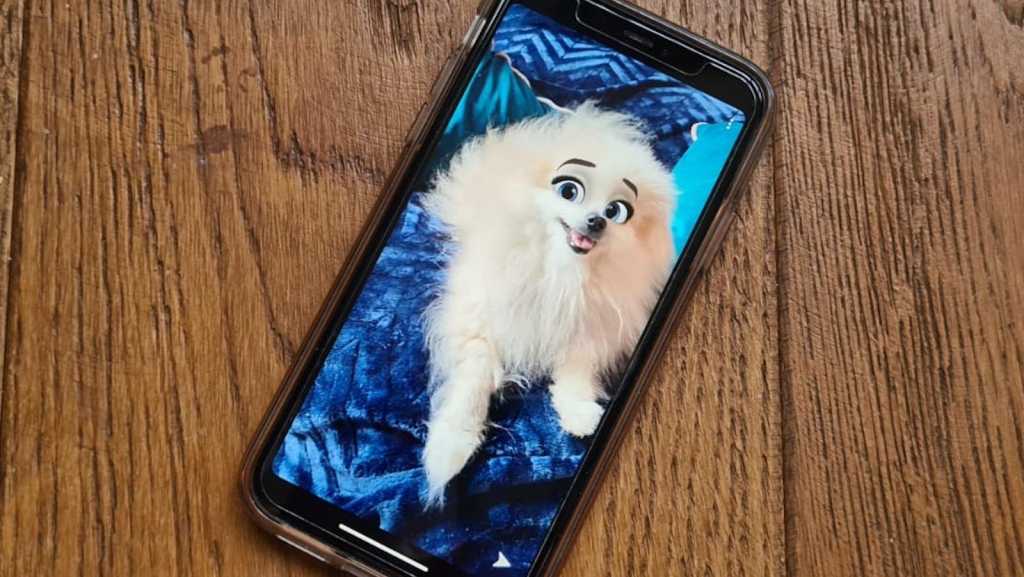 You may have seen some very distinctive pet pics popping up on social media recently. These animals look as though they’d be more at home sharing a romantic spaghetti dinner or taking care of 99 Dalmatian puppies than chasing a stick through a muddy field.

The secret is a Snapchat lens that overlays cartoon eyes onto your pet’s face. (It works on people too, by the way.) The lens used isn’t an official Disney filter. But it’s definitely an homage to the House of Mouse’s much-loved animation style.

Of course, those pets are hilarious and adorable. But you secretly know that yours is cuter. So, if you’d like to see how Fido or Felix would look as the star of his own Disney flick, here’s what to do.

If you haven’t updated Snapchat recently, that should be your first step.

If you’re an iPhone user, head over to Apple’s App Store, click the ID icon in the top right corner and scroll down to check the available updates. If Snapchat is on the list, click the update button to make sure you have the newest version.

Android users should go to the Google Play Store, click on the three lines in the upper left corner, then choose ‘My Apps & Games’, then ‘Updates’. Find Snapchat on the list and give the update button next to it a tap.

Once you’re all set, open Snapchat.

Scroll through the lenses until you find one called ‘Cartoon Face’. Here’s what it looks like. 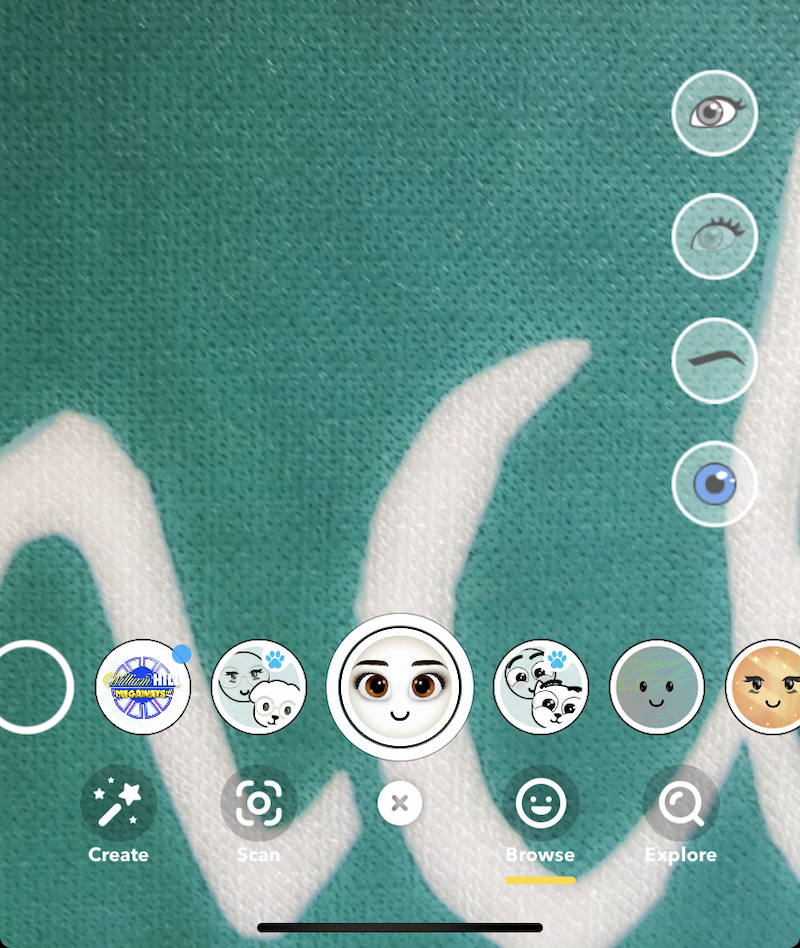 Once you’ve found it, you’ll notice eye and eyebrow icons running down the right hand side of the screen. (You can see them in the image above.) These allow you to add some individuality to your cartoon masterpiece.

If you test it out on yourself, you’ll see that you can alter eye shape, eyelash length and eyebrow thickness. You can also choose between seven eye colours.

This is where things get tricky.

Some people have said that the lens doesn’t work on their dog, but speaking as someone who spent some time getting it right, it will do if you – and your dog – can be patient for long enough. (This may be easier said than done.)

Although we’ve seen a few Disneyfied kitties online, sadly, whatever we tried, we couldn’t get it to work on a cat. But perhaps that’s because our cat was less eager to play along.

Point the camera at your pet and, if the cartoon eyes don’t pop up right away, move your phone around slowly, trying different angles. The lens was slow to recognise my dog’s face. But in the end, as he moved his head and opened his mouth, the lens snapped into place and I snapped some pics. 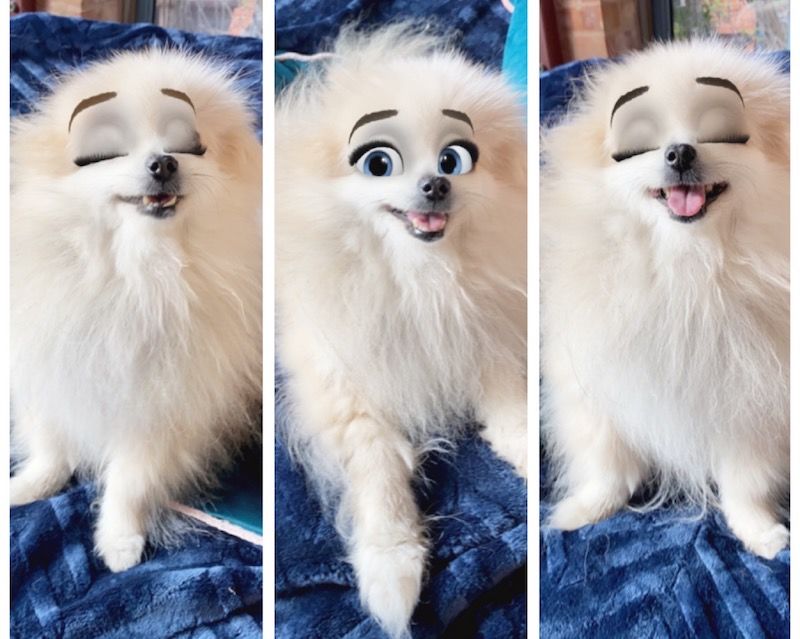 You can also use the lens to make a video of your pet, if you can get him or her to stay still long enough.

The lens is effective at recognising anything that looks like a human face. It’s much easier than using it on your pet. That means you can also cartoonise artwork you have, and of course yourself – if you’re dying to know how you’d look as a Disney prince or princess. 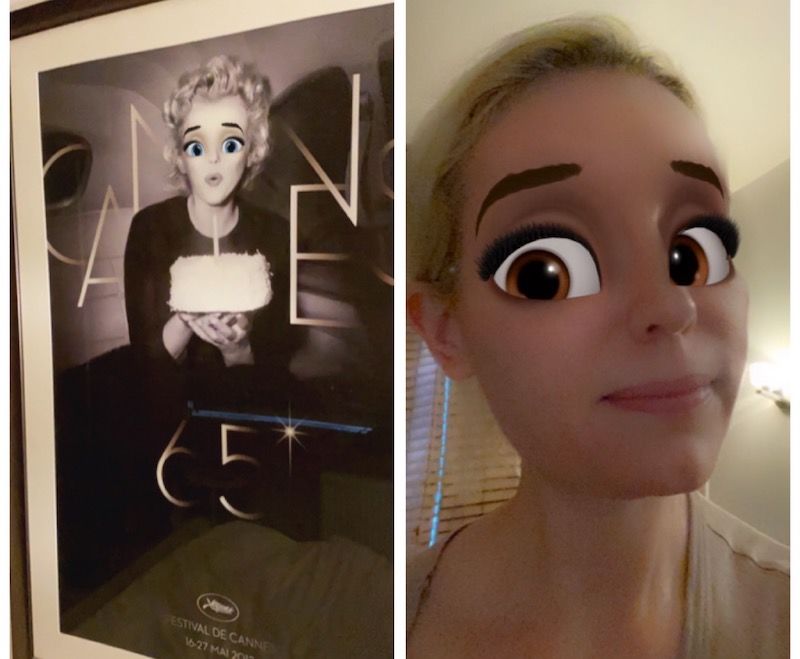 If you’d like more help using Snapchat, have a look at our beginner’s guide to the platform. And if you haven’t tried a group video chat on Snapchat, here’s how to do it.