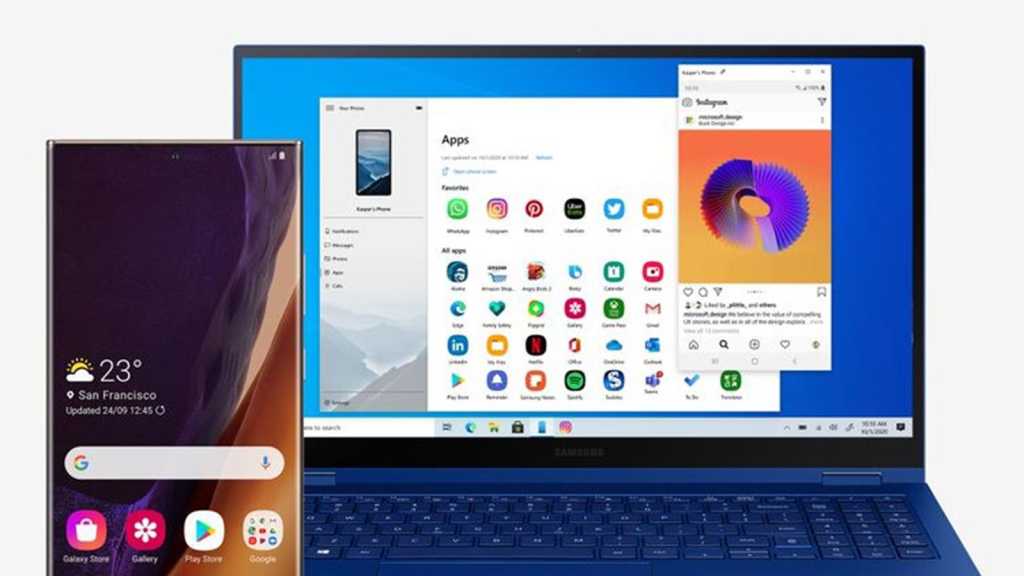 Microsoft announced an update to its phone-mirroring software Your Phone that will allow Android apps to run on Windows 10.

Coming later this year first to Samsung phones, the software will let you open a grid of Android apps that are on your phone and then run them in windows on top of the Windows operating system.

Your Phone currently allows you to answer texts and view notifications on your laptop or desktop, but this update is the first time you’ll be able to run full apps without having to pick up your phone.

As with all software that dares to mix operating system there are bugs, which Microsoft admitted. Not all apps will work when those on the beta tests of Windows 10 get to check it out early, but we are hopeful that this is the start of a very handy feature.

There are thousands of people out there who have a Windows PC and an Android phone and may not even know about Your Phone. It’s already great software but this new feature could make it a reason to stick with your set up.

It’s the closest Android is going to get to challenging the seamless integration Apple can achieve between iPhone and the Mac.