2020 has been a year in which the world has changed irrevocably, but for all the uncertainty, everything that feeds into the ‘new normal’, leave it to Samsung to bring some semblance of techy familiarity back into focus; with a new Note series arriving for the second half of the year, like clockwork.

Part of Samsung’s 5 August Unpacked event, which also gave us new tablets, new smartwatches, new headphones and more, was fronted by the long-awaited Galaxy Note 20 line – the Note 20 and the Note 20 Ultra.

If the name doesn’t give it away, the Ultra is the true flag bearer of this year’s Note lineup and naturally, it packs in an absolute ton of features. But in everything Samsung covered, here are a handful of inclusions you might have missed.

Long-time Note users may pick up the Note 20 and feel like something’s off. For the first time ever on a Note device, the S-Pen now slides out from the bottom left corner of the phone, while all the hardware controls – the power and volume keys – are now located on the right.

Why? Samsung says this is to allow for that sizeable new camera bump, which combines a 108Mp main sensor with OIS, a 12Mp periscopic telephoto sensor with OIS and a 5x optical zoom, and a 12Mp ultrawide snapper for good measure.

The Note 9’s S Pen features focused on productivity, the Note 10 added a little more creativity to the mix and with the Note 20 you’re getting new air gestures to help with navigation and ease of use.

Previous Air Gestures operated on an app-by-app basis but on the Note 20 you can use a set of customisable Anywhere Actions to do things like get back to your home screen, navigate between apps or activate features like Screen Write and Smart Select.

It’s also worth mentioning that Samsung’s managed to reduce the latency down to an Apple Pencil-rivalling 9ms on the Ultra and that this new S Pen features a seven-minute charge time, is good for 20 minutes of gesture time and ten hours of standby.

Samsung’s Notes is still the go-to app for any S Pen-related note-taking but on the 20 but if you’re one to scribble notes down at any odd angle, with a tap it can now straighten text right up.

Samsung and Microsoft have also built in the ability to export to the likes of PowerPoint, as well as synchronisation with Microsoft OneNote and Outlook.

Whether it’s for battery life purposes or just a limitation of the Exynos 990 chipset at the Note 20’s heart, as with the S20 line, you’re still locked to choosing between enjoying the full splendour of the Ultra’s 6.9in WQHD+ Dynamic AMOLED 2x display or its ability to show content at up 120Hz. 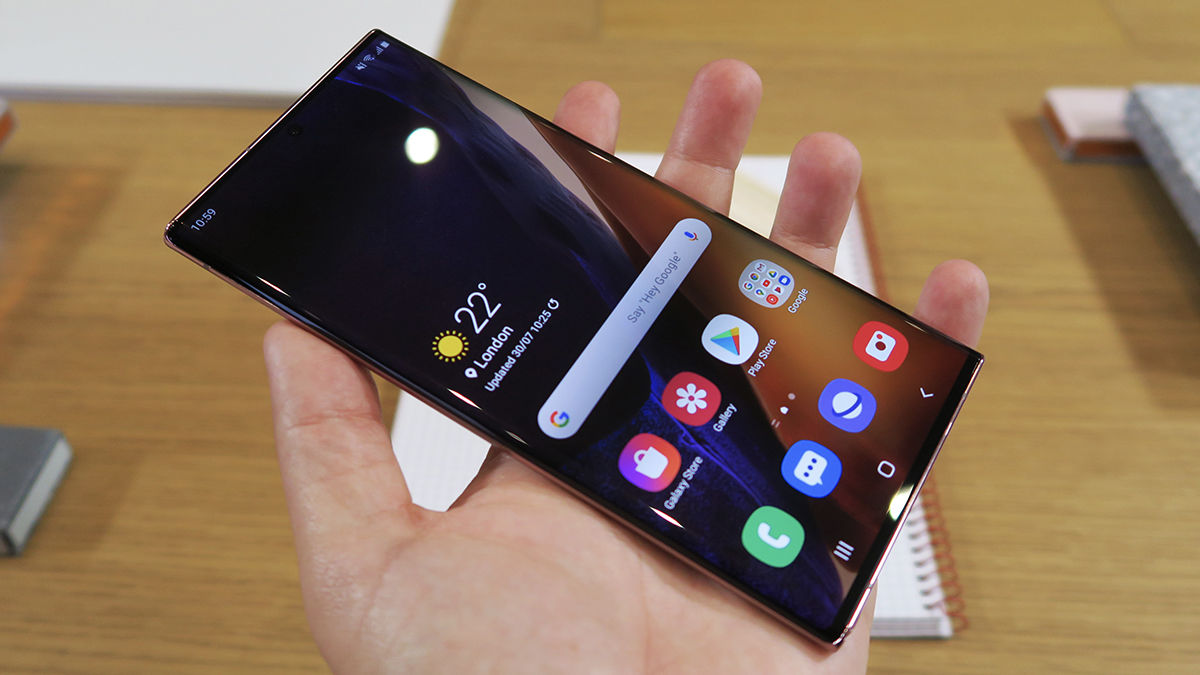 Despite some hoping that, with the Note being the Note, Samsung would actually let you lock the refresh rate manually, it’s still fully automated, for better or worse.

The Galaxy Note series probably offers some of the best video capture on an Android device and with the Note 20 Ultra, Samsung’s upped its game yet again.

Audio-wise you now get on-screen levels when shooting in Pro mode and the ability to select microphone bias, with Omni, front, rear or external wired or wireless mics. 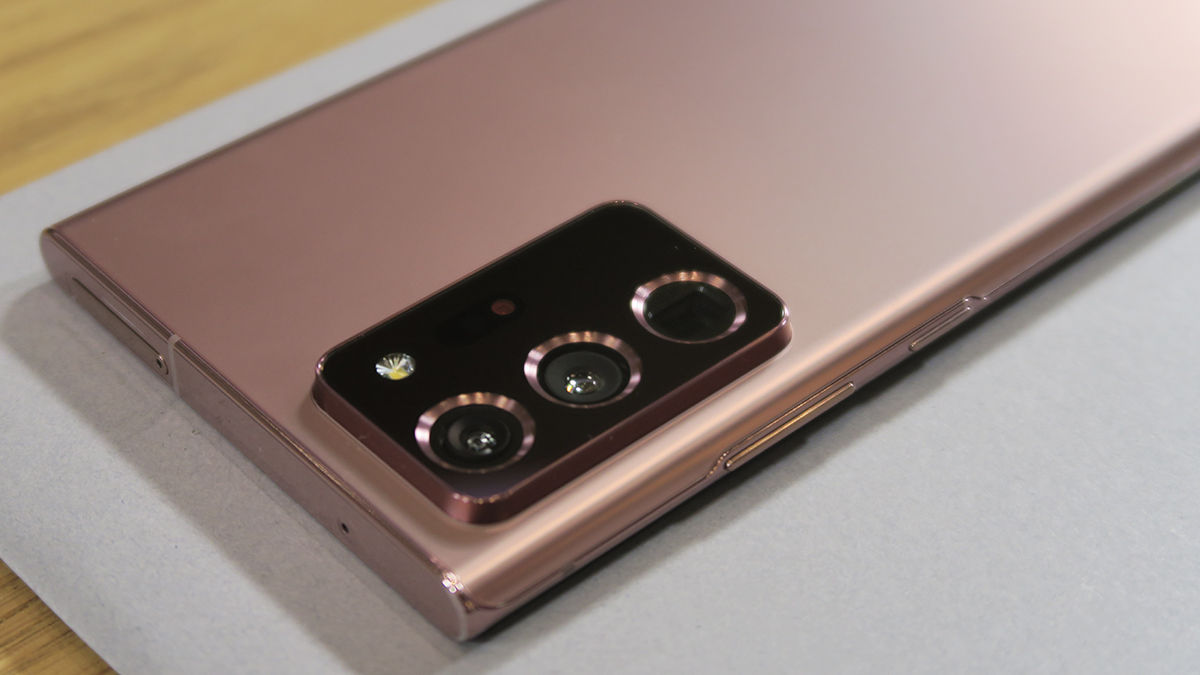 Galaxy Buds Live wearers will also benefit from additional background noise cancellation in their videos by using the microphones in the Buds Live when recording on the Note.

Two other small mentions go to Single Take, which can now be extended up to 15 seconds of capture time, and an improved zoom slider that allows for more finessed control.