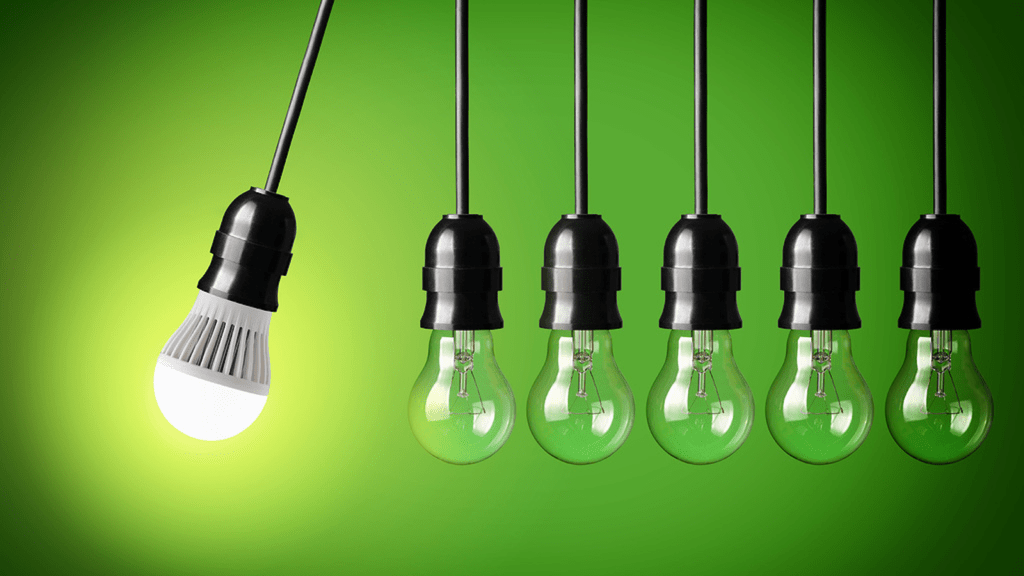 According to the report, the majority of new bulbs bought in the UK are now LEDs. This rise was initially driven by energy efficiency legislation curtailing the sale of incandescent bulbs, followed by the halogen bulb in 2018.

Also recognising this quality, in 2010, after the phase-out of incandescent bulbs began, a German engineer recategorised a type of highly inefficient incandescent bulb as a mini-heater, called it a ” Heatball” and began selling stock online.

LED bulbs will also last much longer than incandescent bulbs. An incandescent lightbulb has an ARF (average rated lifespan) of 1,000 hours, whereas LED bulbs can last from 10,000 to 50,000 hours. An LED bulb with 50,000 hours of life will last for 22.8 years if it’s on for six hours per day.

Many LEDs don’t really stop working completely. They just gradually become dimmer, so their lifespan tends to be measured until the point where they are at just 70% of their original brightness.

But other factors are at play. The lifespan of LEDs depends on the bulbs not overheating or being subjected to power surges. It’s also down to quality issues with their build – other components in the bulb can fail before the LED itself does.

You can ensure you get the most from your LEDs by buying well-reviewed bulbs, checking that they’re properly fitted and not overheating, using a surge protector with lamps and making sure you don’t use LEDs in settings with old-fashioned dimmer switches.

Sales of LEDs have also been aided by improvements in their technology in recent years, with the availability of warmer whites, which look much more like traditional incandescent bulbs, making them more attractive to consumers.

Finally, as more companies have started manufacturing and selling LED bulbs, their price has dropped significantly.

If you’re interested in switching up the lighting in your home, have a look at our round-up of the best smart lights we’ve tested, as well as the best light alarms. If you’d like to integrate your lights into your smart home ecosystem, read our articles on how to control your lights with Alexa.

The 14% figure in this article came from AMA Research.