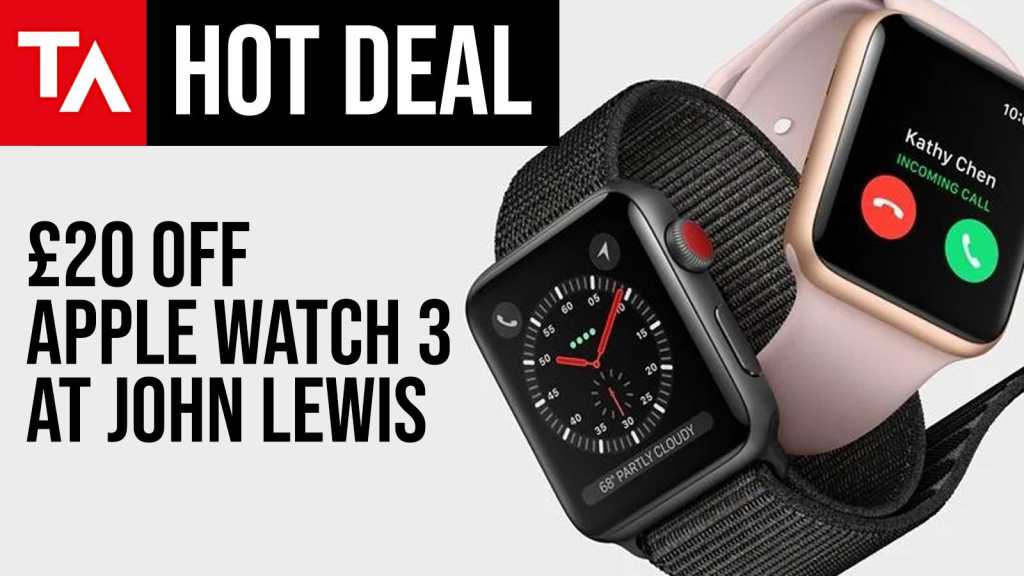 Apple’s latest smartwatch, the Apple Watch Series 5, is great. It offers an always-on display and a super-fast chipset, but at £399 for the smaller 40mm variant and £429 if you opt for the 44mm model, it’s certainly not the cheapest smartwatch on the market.

Apple is well aware of that, and that’s why it also offers the older Apple Watch Series 3 as a more budget-friendly option, starting at an affordable £199 for the 38mm variant. It may not offer the ECG or always-on display of its more expensive sibling, but the Series 3 offers the same core Apple Watch experience, complete with standalone apps and handy third-party complications available at a glance.

You can, admittedly, extend the warranty with AppleCare+ at the Apple Store, but it’s something you’ll have to pay extra for.

The great thing about the Apple Watch is that it’s always improving, and that’s true of the Series 3 as it is the Series 5. That’s down to yearly watchOS updates, providing new features for Apple Watch owners. This year’s update, watchOS 7, is set to introduce the heavily-requested sleep tracking alongside new workouts to track, the ability to share watchfaces with friends and much more.

It may be the last update for the Apple Watch Series 3, given the fact that watchOS 7 discontinues support for the older Series 1 and Series 2, but it’ll still continue to function normally even if it doesn’t get future software updates.

For more on the upcoming software update, take a look at the latest watchOS 7 news, and if you want a glimpse at what Apple is planning for its next-gen smartwatch, we’ve got the latest Apple Watch Series 6 news too.