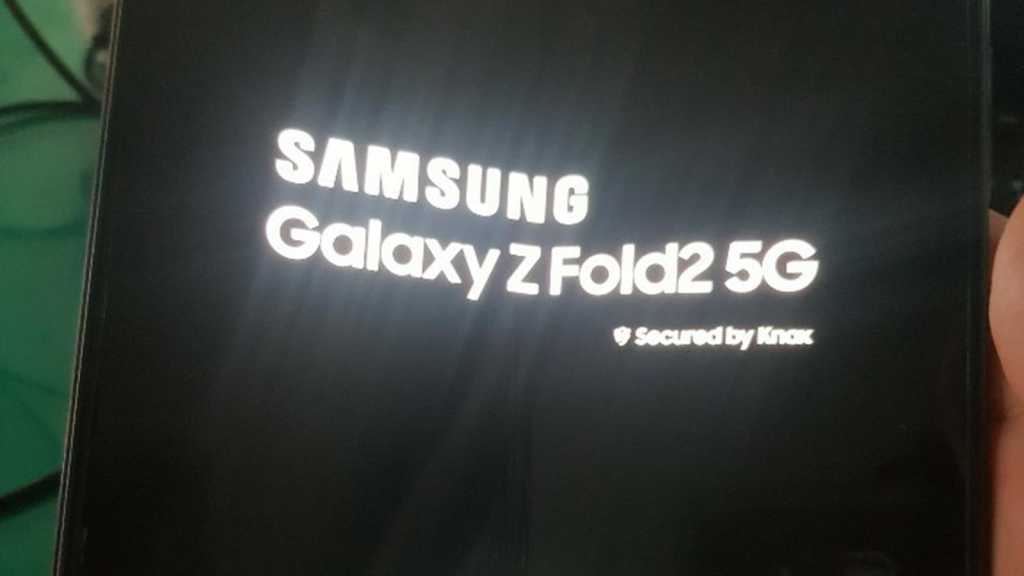 The first photo of a Samsung Galaxy Z Fold 2 5G has leaked, seemingly confirming the official name of Samsung’s follow-up to the Galaxy Fold.

The image was posted on Twitter by @hwangmh01 and is unfortunately pretty blurry, with a lot of glare from the phone’s name that can be seen as part of booting up the device.

Despite the glare, it’s possible to see the outline of a single camera cut out in the top right centre of the right hand half of the folding display. This hints that the Z Fold 2 will do away with the large notch from the original Fold that took away a lot of display rather unnecessarily.

Samsung is expected to announce the Z Fold 2 alongside several other products at an all-virtual Unpacked event on 5 August.