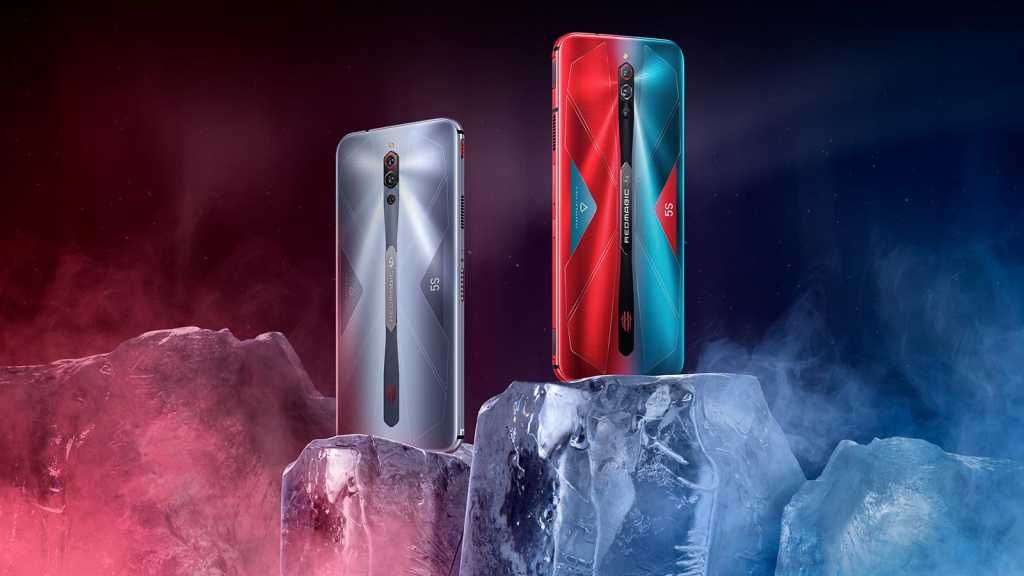 The thing is, these specs are exactly the same you’ll find on the Red Magic 5G that we reviewed very recently. The 5S is here just five months after the 5G.

The only new improvements the 5S has are 320Hz shoulder triggers, UFS 3.1 storage, and the cooling system has a 4.3% claimed improvement. The Red Magic 5G has 300Hz triggers and UFS 3.0, and a cooling system.

We’re surprised the 5S doesn’t appear to have the Snapdragon 865 Plus in a sign of a clear processor, and aside from the very minor internal changes the only other difference is the new colour options in either silver or red and blue.

Nubia also announed what it calls the Ice Dock, an optional cooling accessory that you can strap onto the phone to keep it as cool as possible during your more intense gaming sessions. It costs 179 CNY (£20).

It makes for what is surely one of the most marginal smartphone upgrades ever. The 8GB RAM/128GB storage model is the entry level option at 3799 CNY (£420), with the 5S staying a China-only launch for now. Nubia says the phone will release globally in September.