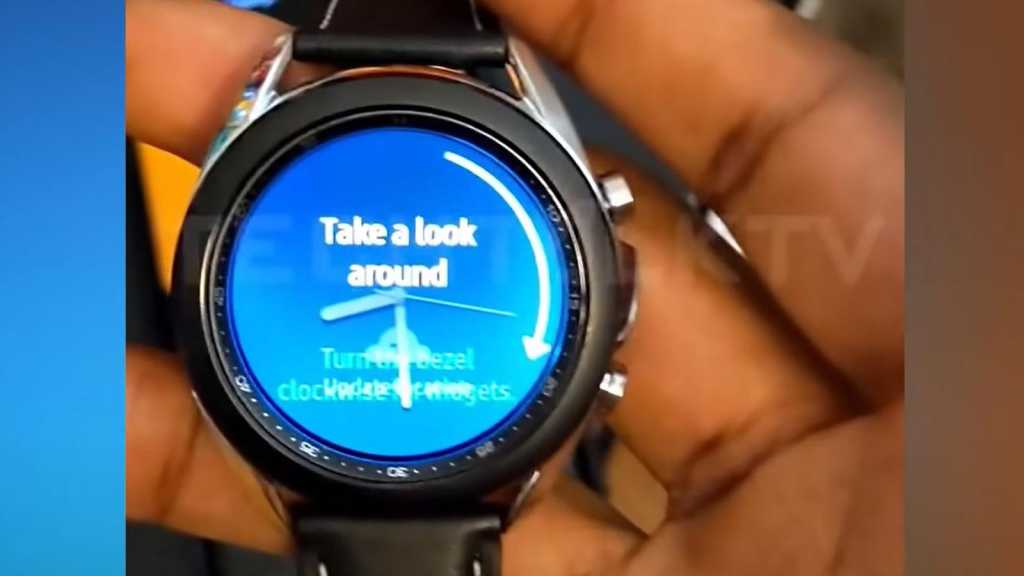 Even though most of the products that will debut at Samsung’s Unpacked event on 5 August aren’t exactly a secret, Samsung must be peeved to see the Galaxy Watch 3 leak in a full hands-on video.

Posted on the TechTalkTV YouTube channel, the video comes from one of the channel’s subscribers who has got their hands on the upcoming smartwatch prior to launch.

The model shown is the 41mm version, the smaller of two versions with the other being a larger 45mm.

We like that the Watch 3 keeps the Watch’s physically rotating bezel, a great hardware design that the Watch Active and Active 2 lacked, replacing it with a touch sensitive rim.

There’s two buttons on the right edge of the circular watch’s 1.2in display (the larger model is said to have 1.4in), and it appears to pack in IP68 water and dust resistance, and blood pressure, heart rate, and ECG sensors.

A previous leak showed that the Watch 3 will react to new hand gestures for actions like answering a call. The watch is set to launch alongside the Note 20, Tab S7, Galaxy Buds Live and Z Fold 2 next week.