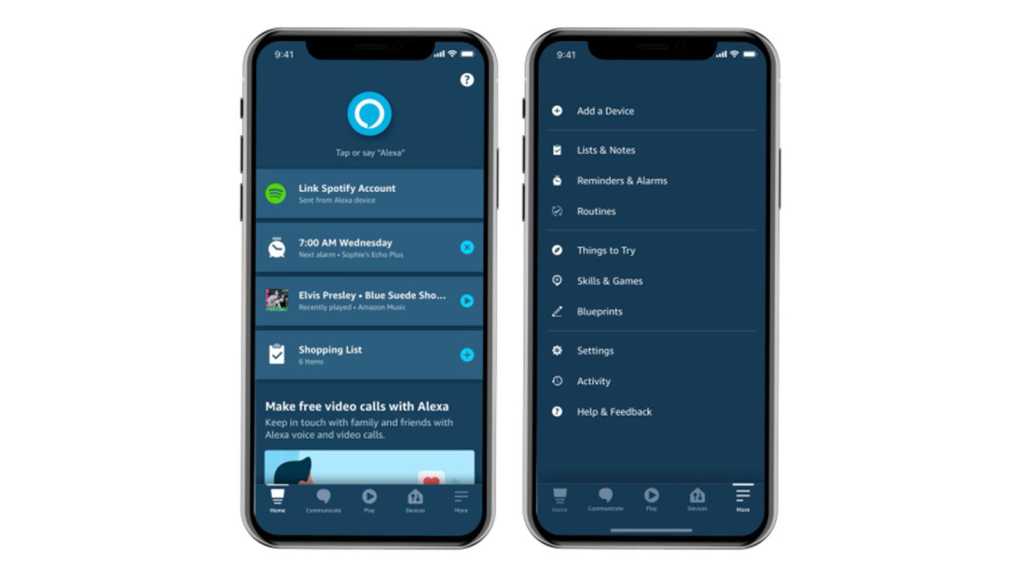 Amazon is updating its Alexa app with a new home screen that surfaces more personalised features and recommendations (via Engadget).

The redesign for iOS and Android has moved third-party Alexa skills away from the main screen in an indication that Amazon is wanting to push users towards its own services.

The home screen now shows suggested actions based on your Alexa usage, as well as controls for any features that you have currently active. So, if you are listening to music, you might see volume controls for the audio source and then later on you might see an action asking if you want to pick up from where you left it.

If you’re new to the app then it’ll better show you how to set up your smart home controls and use the features buried in the app itself.

You can also now control the app as you would an Amazon Echo device with your voice, provided you open the app first. Before, it was a lot harder to use the app on your phone or tablet in the same way an Echo device would let you.

Amazon still doesn’t make that obvious or easy though, and we think that’s because it wants to drive you mad and make you buy an Echo. In the app you have to enable the hands-free detection option.