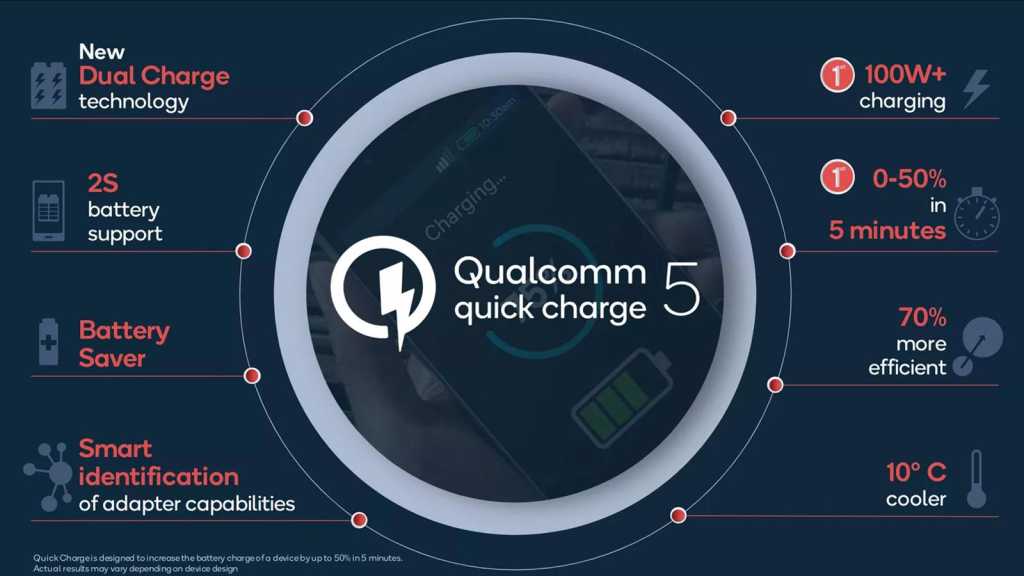 It describes QC5 as the “first commercially viable” fast charging solution over 100W that is now available for any of its partners to adopt. Notably, fast charging solutions Warp Charge and Super VOOC by OnePlus and Oppo respectively do not use Quick Charge, and have been developed independently.

Qualcomm develops Quick Charge to license to its OEM partners who may also use its processors, such as Samsung.

Qualcomm claims when charging a 4,500mAh battery, QC5 can charge from 0-50% in five minutes and have the cell fully charged in 15 minutes. This is exceptionally fast, and if implanted successfully into devices could signal a true change in charging habits among smartphone users.

The company also said that the technology can be up to 10C cooler, 70% more efficient, and 4 times faster than QC4. But the 100W possibility relies on phones having dual cells, which helps the charge be regulated safely. When charging one cell, as is the case with many smartphones, QC5 will be limited to 45W speeds.