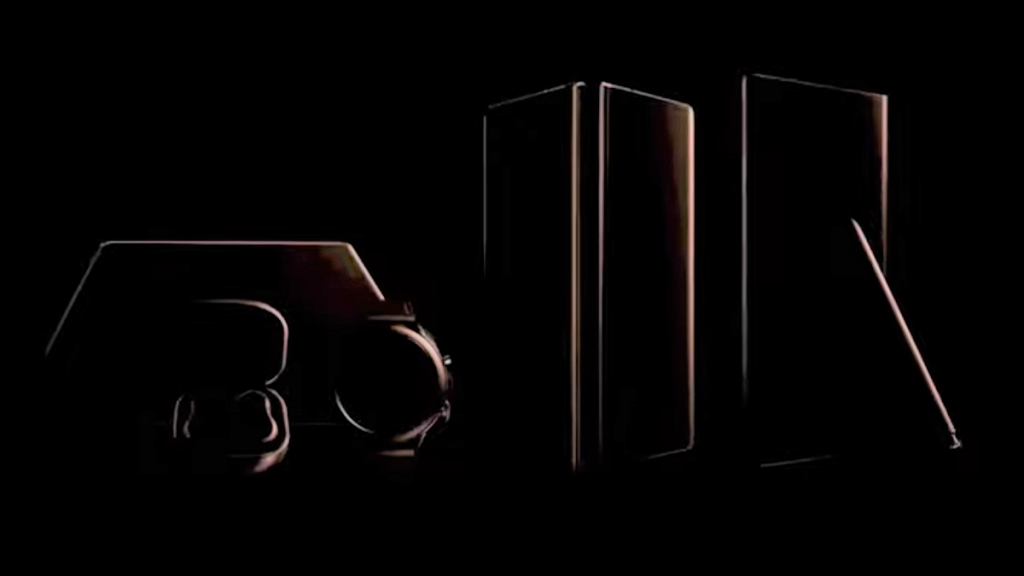 Samsung’s big Unpacked launch event is just days away and an official teaser image gives us a pretty good idea of what will be announced – and it’s far more than the Galaxy Note 20.

It’s no secret that the next Unpacked will take place on 5 August, but we weren’t really expecting Samsung to pretty much give away what will be on offer at the virtual launch.

Ok, the 30-second trailer (below) shows the line-up in a pretty dark setting but a simple tweak means we can take a much better look.

The Galaxy Note 20 was pretty much a given, along with an Ultra model, (we’re counting that as one) but the silhouette also shows what looks like the Galaxy Z Fold 2, Galaxy Watch 3 smartwatch and Galaxy Buds Live wireless earbuds.

The fifth product, which wasn’t expected, is the Galaxy Tab S7. Some thought that Samsung’s new flagship tablet would be arriving in September at IFA instead.

There’s not much else to be gleaned from the teaser, apart perhaps from the bronze colour used which we expect will be used for at least some of these 2020 gadgets. This matches up to the various leaks we’ve seen in the last few weeks.