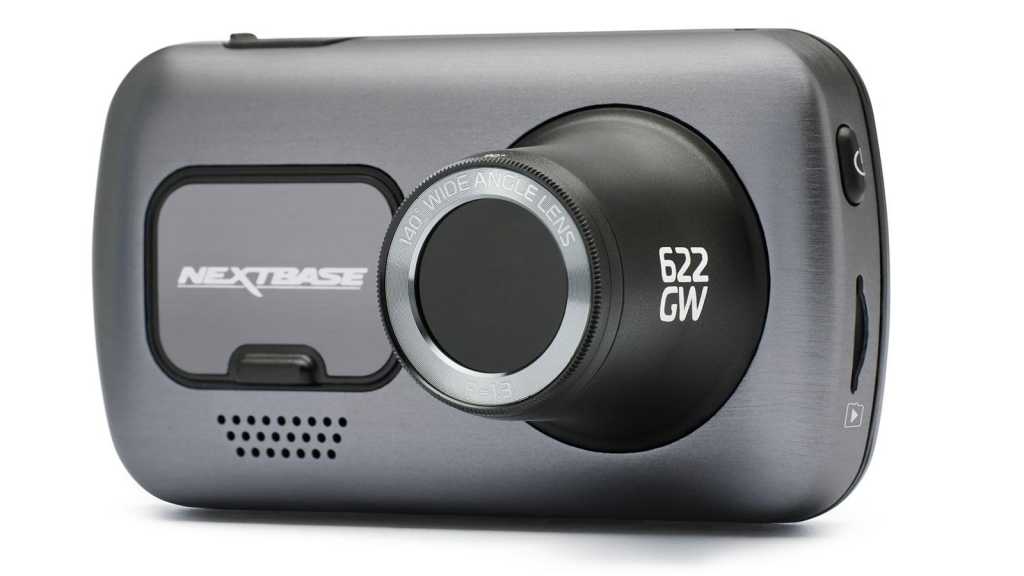 Nextbase announced its second-generation dashcams almost a year ago, and it said at the time that it would be a while before the flagship would arrive. And that time is now: the 622GW is here and offers all the features of the 522GW – Alexa, Emergency SOS and a choice of rear cameras – plus the expected 4K resolution.

This isn’t Nextbase’s first 4K dashcam: that was 612GW.  Its successor is the same price – £249.99 and goes on sale 28 July at Halfords and is also available direct from Nextbase.

Those in the US again pay a much higher price for a Nextbase product than we do in the UK. From Nextbase’s website the 622GW costs $399.

As well as adopting the same updated mounting system as the other Series 2 models, the 622GW adds several new features which improve video quality and safety.

The new dash cam uses a ‘tuned’ version of the Ambarella H22 processor which allows it to record in 4K at 30fps, plus a feed from a rear-facing camera at up to 1080p at 30fps. The rear cameras are optional and cost £50 each.

What’s new is image stabilisation and while Nextbase doesn’t go into any detail about how it works, it says this smooths out bumps in the road so you don’t end up with blurry video.

There’s also Enhanced Night Vision, enabled partly due to the use of an image sensor with larger pixels than before. This works just as it does with phone cameras: larger pixels can capture more light which means a clearer image when it’s dark.

Another feature is Extreme Weather Mode which again uses the Ambarella chipset to clear up image quality in bad weather conditions.

The SOS feature, which exists on the 322GW, 422GW and 522GW uses your phone and the dash cam’s G sensor to detect when you’ve been in a collision. If you don’t move for a period of time afterwards, it will automatically notify the emergency services of your location.

In the 622GW, this is improved by adding the what3words system that relays your precise location that’s described by three words. It’s a bit like a postcode system that maps the world using simple words, and the driver needs only to read these from the dash cam’s 3in screen to let the emergency services know exactly where they are.

Not exclusive to the 622GW but a welcome feature nonetheless is the parking mode which will record a clip if your car is bumped while parked. This usually requires a hard-wire kit, as the dash cam won’t otherwise have any power when you’re not driving.

But the 622GW doesn’t need any power from your car for this mode, so doesn’t require professional installation.

The new dash cam also gets dual-band Wi-Fi, allowing video to be transferred to your (compatible) phone much faster than before. Nextbase claims it’s up to six times quicker, which is handy since 4K video files aren’t small.

Check out our roundup of the best dash cams for in-depth buying advice and specific model recommendations.